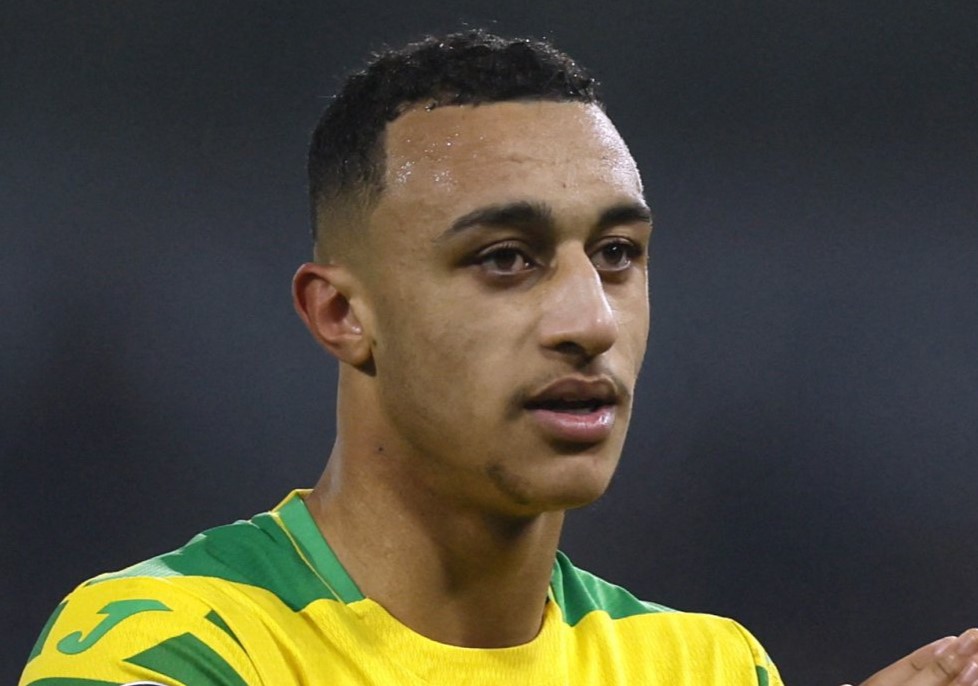 It’s safe to say Adam Idah was one of the few positives in a sorrowful season for Norwich City.

Despite a lack of goals and assists, the Irish international proved why he deserves more minutes for the first team before his major knee injury.

With his return to the first team fast approaching, and a vital pre-season ahead, there isn’t a better opportunity than this upcoming season for the 21-year-old to make his breakthrough and solidify himself as a regular starter under Dean Smith.

In his last Championship campaign, Idah was mainly used as an impact sub by Daniel Farke, making 16 appearances off the bench and scoring three goals.

But after his brief success in the 4-4-2 shape under Smith alongside Teemu Pukki, he will be desperate to prove himself and display his evident quality to not only his manager but Norwich fans, many of who are still unconvinced by the young Irishman.

What helps Idah is the club’s lack of involvement in the transfer market so far. The reason for this inaction is most likely the need to ship some players before anyone can be brought in, but if we do not sign another striker this window, that only leaves Pukki higher than Idah in the pecking order.

But, then again, considering our long list of attacking options, is there any point in bringing in anyone else?

Idah will definitely be hoping so – the fewer options ahead of him, the better, as far as he’s concerned.
But even the Finnish striker’s future at the club is uncertain following comments by his agent, Teemu Turunen, yesterday:

“Teemu has a desire to play as high as possible.”

That is the news no Norwich fan wanted to hear. To not have Pukki at the club would be like having Ant without Dec, Morecambe without Wise, Laurel without Hardy… you get my point.

If the GOAT is to leave us, I can’t say I blame him. His legendary status at the club certainly won’t be tarnished. If anything he deserves to play at a higher level after managing 11 goals last season despite having so little service and quality behind him.

So if this rumour does end up being true, Idah couldn’t have asked for a better opportunity to become City’s main man in a season where punters will be expecting a third promotion in five seasons following that dismal relegation.

Realistically, if Idah is to achieve the expectations set on him by many, the time is now.

It also helps that he’s been given plenty of opportunities on the international stage by Ireland boss, Stephen Kenny. Idah has played 13 times for his country but is yet to score his first international goal.

Alongside this, Idah has only scored four goals in 46 games for City.

I believe those numbers are so low due to a lack of confidence, as was evident in his first appearance in the Premier League away at Old Trafford. He almost looked like he had won a competition to play with the first team.

Despite his evident strength and pace, Idah was bullied by the United back line and barely touched the ball. But then again, surely that is expected for a young player with so little first-team experience.

Plus it seemed like Farke wanted to only use him as an impact player off the bench. Not someone who could gain vital minutes in order to prove himself and warrant a shout in the starting eleven.

However, once Idah got that run of starts against West Ham, Everton and Watford he looked a different player. Those qualities all of a sudden became very clear. Just look at his highlights against Everton.

In so many instances he uses his strength to hold off defenders, and his pace to get past the man
and find a teammate in space.

It’s evident he has talent – he wouldn’t have been added to the long list of academy graduates if he didn’t – but what is the best way to utilise the 21-year-old?

In some ways, I think Smith has already cracked that code. Using Idah in a two-striker formation allowed him to link up with Pukki and not be isolated and waiting to receive the ball every once in a while. It also helped that Idah naturally likes to drift out wide and support the wingers.

By doing this, he also allows his strike partner, or the winger, to make runs into the space and receive the ball while looking for an option in the box.

But no matter what the plan is for Idah ahead of another Championship season, he needs to prove why he belongs here or even why he should stay at this football club.

There is only so long a period where a player is branded as ‘having potential’ and now is the time for him to exploit that opportunity. Otherwise, it may be a huge chance squandered for the 21-year-old.

If he ends up mainly on the bench for this season, then it may be time to move on. He needs to kickstart his career and I sincerely hope it’s at this football club.

If we see anything remotely similar to what we saw near the start of this year, Idah could yet set the
Championship alight.