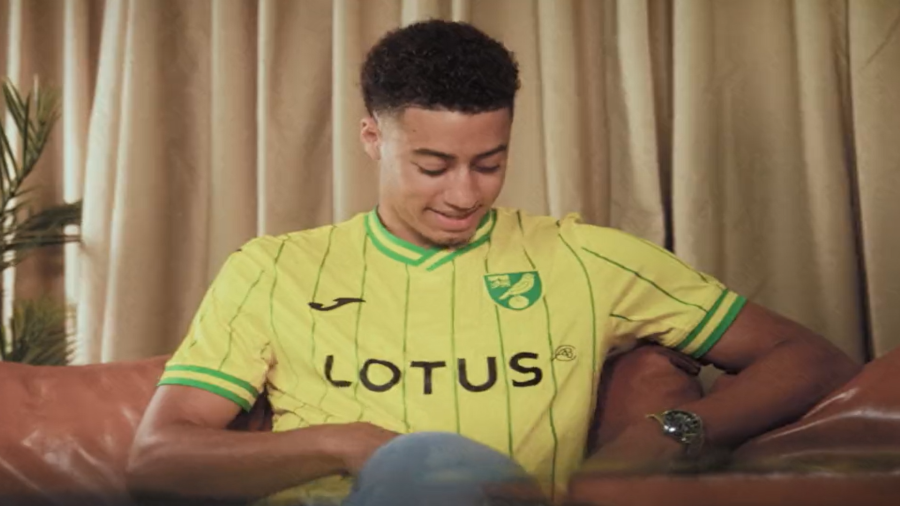 Given that we’re just a week-and-a-bit into pre-season and there’s been nothing new to report in terms of incoming players or incoming investment, it’s still been an interesting few days in the life of Norwich City FC.

Oddly, after a year in which we’ve become used to the news being generally disheartening, the last week has been, dare I say it, of a rather more positive ilk. Some would even describe it as a good one.

That’s not to say it wasn’t without its unsettling stories. So, in chronological order…

Monday: The big news of the day was an announcement of an announcement. The #NCFC Twittersphere went into overdrive when the club’s social media channels went big on pointing all City’s fans to 9am on Tuesday morning.

The amateur sleuths among us had spotted that it probably wasn’t going to be a conventional kit launch, or even a kit launch at all, but other than some highlighted and unhighlighted words in a snazzy graphic, there were few clues.

As intended, it created a buzz to end all buzzes, with the rumours ranging from the formal launch of the Mark Attanasio era at NCFC to the introduction of a new signing (or two), to it not being a single kit launch, but a triple-kit launch.

As we now know, it was none of those things.

Tuesday: Instead of being something that money could buy, it was something far more important. In a beautifully presented video by our own Stephen Fry – one that’s now been watched 546,000 times – he spoke movingly of the worryingly high suicide rate and the more general struggle with mental health suffered by many.

Despite a few expressing their disappointment at how the club used the ‘hook’ for something not football-related, no one argued with the hugely important message and the very moving stories that followed from City fans and employees of the club. It was a brilliant idea, brilliantly executed.

Later on in the day, some sobering football news would land. Teemu Pukki’s agent came out in the Finnish media with a few lines on his client including, “Teemu has a desire to play as high as possible”.

In effect, he was just doing what all agents do and stating a fact – that Pukki would like to play at the highest level he can – but he did admit in the same piece that the asking price may preclude any move from happening.

That didn’t however stop some who should know better (ahem) from immediately fearing a Pukki-less Championship season.

Wednesday: Not too much happened – equivalent to Craig David’s Sunday. It was mainly filled with speculation about what the new kit would look like (and when that’s the only thing you have to worry about…)

Thursday: The new kits drops at 8:30 and BOOM! For almost the first time ever, it’s met with almost universal acclaim, from both within the Canary nation and beyond.

Even those whose modus operandi is to sneer and mock anything in yellow and green have to admit that the club and Joma have nailed it, with their nod to the 1980s. And even the launch video was nigh on perfect…

Other news to emerge on Thursday was that the club has gone into partnership with an Italian company called AEC Illuminazione, which will provide 21st-century floodlighting in Carrow Road for the new season. This will enable City to join the rest of the crowd (no pun intended) and partake in pre-match light shows for evening games.

While probably not for some, I reckon they’ll add a certain something, which may or may not include a splitting headache.

Friday: Game day! The first one of the new season. Despite the players having only had four days training, it was to Aldiss Park, Dereham that Dean Smith took his squad, where a separate XI in each half ended up beating the Magpies 4-0 in what, by all accounts, was a fairly gentle run out.

A brace for Jordan Hugill and a rare, quietly impressive, performance from Todd Cantwell were the two main talking points.

With ten players still to report back, it was very much a dusting down of the cobwebs exercise for those present, and things will step up this week as they head to Germany for their training camp, where they will be joined by the ten said absentees.

One interesting comment to emerge from Smith’s post-match thoughts in Dereham was his use of the word ‘certainly’ when asked if Pukki will be a City player for the upcoming season.

It’s clear the club has a desire to keep the Finn – and he’s not one of those they’re looking to cash in on – but, reading between the lines, I suspect there is a valuation at which they would sell, albeit they, or the player’s agent, are not expecting anyone to meet it.

So, that, in Canary world, was the week that was. And it wasn’t a bad one.