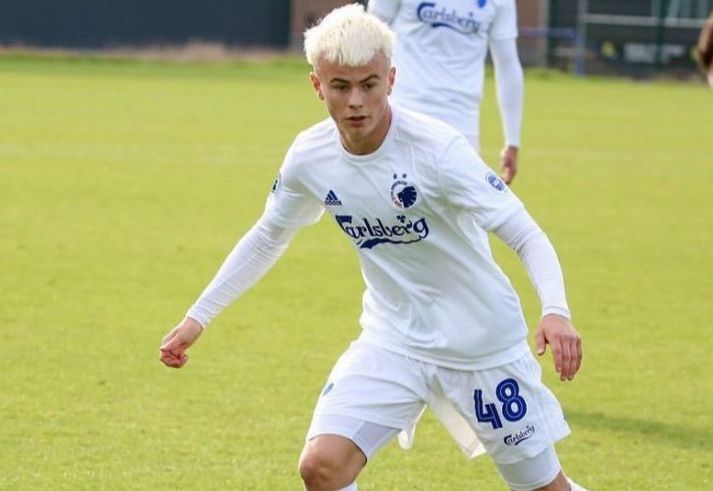 Since the start of the Stuart Webber era, City fans have been used to seeing the club announce a new arrival and thinking ‘who is this guy?’

But the majority of those players ended up being alright.

Teemu Pukki, Emi Buendia and Tom Trybull, just to name a few, were great signings but alongside that list have been a few less impactful players. One obvious one that springs to mind is Marley Watkins.

A player that has been linked with the club recently is the Icelandic attacking midfielder, Kristall Mani Ingason.

What I’m here to do is tell you all about him and look at the prospect of him being the next name on that list of successful signings. Or if Dean Smith would allow him to initially learn his trade in the Under-23s.

Reports in Iceland over the last few days claim that City are ‘heavily interested’ in bringing him to the club from the Icelandic league and cup winners, Vikingur Reykjavik. These links have been further supported after Smith confirmed after Friday night’s 4-0 win over Dereham Town that he is looking to sign a ‘creative midfielder’ in this transfer window.

But is the 20-year-old worth the risk?

It’s evident that he doesn’t play his football at a particularly high level, but when looking at his stats for the 2021-22 season he looks to be a promising individual. He scored four goals in 10 games in the Icelandic First Division and also scored twice in Champions League qualification games last month.

He’s been hailed as one of his country’s most exciting youth prospects and plays regularly for his national team at the Under-21 level having scored four goals in nine appearances. He has also played twice for the senior team.

So with a decent goalscoring record for someone of a young age with so many years ahead of him, surely he would be worth spending our budget on?

Well, that may not be the case. When researching for this article, I was unable to find any other stats to figure out what sort of player he is. For instance, does he like to make forward runs and take on defenders? Or is he more of a game-reader who uses his intelligence to watch the runs of teammates and play a defence-splitting pass? That I’m unsure about.

But City’s coaching staff and analytics team will be keen to figure out the answer to those questions and make sure he fits into Dean Smith’s system.

According to reports in the Pink Un, the club’s scouts went to watch him play on under-21 international duty with Iceland, which suggests we’re keen to bring him in.

So I went looking at YouTube compilations – the best way to determine if a player is going to terrorise opposition defences and be a star in your team – I’m not clutching at straws I promise. The compilation video lasted nearly 13 minutes, so…

What I first noticed is his willingness to win the ball back quickly after losing it. This is exactly what Smith praised his team for in his post-match comments after the Dereham game:

“As soon as we lost it we won it back again and that’s a part of our game that we’re working on at the moment.”

By adding Ignason into the fray he will work like a charm in that element of the system during games where we will need to counter-press the opposition.

What I also noticed was that he would usually win the ball back through pressing in the opposition half. This allowed him to watch the run of the striker and play the defence-splitting pass to give the striker a chance on goal. This is something Pukki thrives off considering he likes to make his runs in behind the defence and play off the defender’s shoulder.

In this respect, he resembled a certain Argentinian player who used to play in yellow and green.

Another key element to Iganson’s game is that he’s always looking to make the forward pass. Very rarely in the compilation were there instances where he would assess his options and decide to play it safe.

Having watched it, I believe that is exactly the type of player Norwich needs. So many times this season we saw no one try and be ambitious with the ball and it would end up at the feet of Tim Krul. You cannot afford to do that as it frustrates the fans and just ultimately wastes your own time when you could be chasing a winning goal or one to get you back in a game.

Overall, I struggled to find any weaknesses in his game. The only problem I could think of is his potential lack of strength, which could see him get easily pushed off the ball by the physical Championship defenders.

But I’m just a fan who’s watched a YouTube video. I’m sure the chief scouts and data teams at the club will be able to tell you so much more about him alongside his strengths and weaknesses and have watched hours of footage of him playing.

So is he worth it?

I reckon so. He looks to be a good player with a positive attitude and will provide the attackers with plenty of chances. Plus he has an eye for goal himself.

But what do you think?

Is Ignason worth the punt? Or should we look at other potential targets?

Let me know your thoughts in the comment section below.