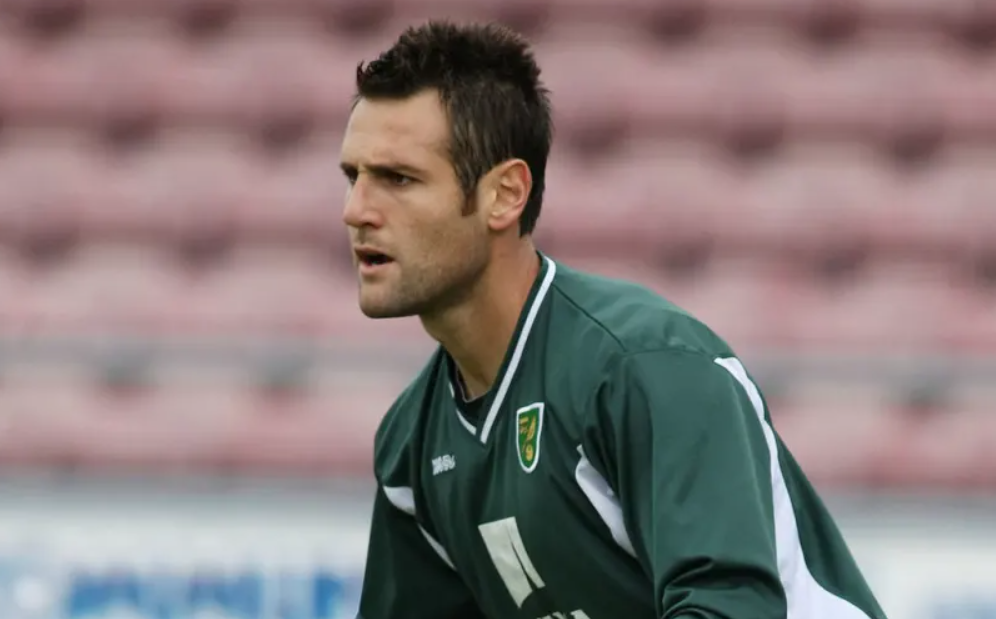 With there being not very much to report other than City apparently being interested in loaning the only Brazilian who doesn’t look a world-beater on his YouTube showreel, I thought it time for a dip into the MFW archives.

Unsurprisingly, it’s to the Baldwin back catalogue I’ve turned, with Kevin’s brilliant take on the opening few weeks of the 2009-10 season.

While some/most/all of the references are time expired, it captures perfectly the madness that was Norwich City FC in the autumn of 2009.

My wife doesn’t get how hard it is to write. She thinks that scripting a TV commercial is simply a matter of browsing YouTube and nicking an idea, whereas in reality. OK, bad example.

Last weekend, she was less than sympathetic when I indulged in a spot of sofa-kicking in frustration over this column. And not just because we happened to be in DFS.

‘If you can’t find anything to say this month, you never will,’ she said. ‘There hasn’t exactly been a lack of incident, has there?’

I tried without much success to explain that that was precisely the problem. How do you write a gently humorous column about football’s answer to It’s a Mad, Mad, Mad, Mad World?

(Peter Kay’s Britain’s Got the Pop Factor and Possibly a New Celebrity Jesus Christ Soapstar Superstar Strictly on Ice, a spoof on TV talent shows, ran into the same problem; while brilliantly observed, its subject matter was already beyond parody.)

Perhaps we should simply stop and take a breath to consider all that’s happened in less than four weeks.

We’ve suffered the worst home defeat in our history, with a first-half display against Colchester that made the defending at Charlton in May look tight and resolute by comparison.

At the same game, we had the fastest angry reaction by a crowd since, err, let’s have a look at YouTube… ah, this’ll do, since Daphne and Celeste played the Reading Festival.

To go from an atmosphere that would have made an unknowing visitor think we’d been promoted rather than relegated, to an angry pitch invasion in only 20 minutes must be a record.

We’ve had yet another change of manager, with Gunn’s departure being both surprisingly early (before the Premier League had even kicked off) and surprisingly late (by about 15 weeks).

Inevitably, most of the headlines said ‘Gunn fired’; looking back, the headlines after the Colchester game might have read ‘Gunn cocked’.

Instead of the lengthy selection process pursued in previous years, Paul Lambert was appointed within days according to the old playground principle of ‘winner stays on’.

The Us, understandably unhappy, are still uttering words like ‘unfair’ and ‘underhand’ and urging a large fine and points deduction, neither of which we can afford.

There have been rumours of, ahem, lively exchanges of views in the dressing room. Nor was the ‘Spirit of 93’ much in evidence when one Ian cleared his desk and made himself scarce the day before another Ian walked through the door.

Four different people have been in goal already, though only two of them are recognised keepers. (‘If I’m being honest, I didn’t really know what I was doing,’ said Michael Theoklitos after he gave it a go. Sorry, I mean Cody McDonald.)

All of this, to repeat, in less than four weeks.

It’s brought us more publicity and attention than we had in the Championship, and not in a good way. For the last few seasons, I’ve bemoaned our lack of national coverage, but now that we’re down in League One and have had a poor start, we can’t stop drawing attention to ourselves.

It’s not unlike having a two-year-old son who acts all shy when you have visitors, just when you’d rather like him to show off a bit, then loudly and embarrassingly shouts ‘Wow! Look at all the boobies!’ when you’re walking through the bra department in M&S.

We can’t erect a huge screen to prevent people from stopping and staring at our ‘car crash’ moments (as the Highways Agency is reportedly planning to do with real pile-ups); all we can do is try to avoid such moments in the first place.

I’m hoping that the next couple of months will be rather more low-key. Quiet, unobtrusive progress, solid 1-0 wins rather than Sunday League scores, no alarms and no surprises, that will do for me, even if it means a lack of material for the next few columns.

I’m cautiously optimistic about this. The team now looks tighter, and we’ve had a couple of clean sheets in succession. And even City can’t sustain this early burst of craziness for a whole season, can they?

And finally, there’s an interesting feature in Canary Preview about the tattoos sported by various members of the City squad. The most puzzling one belongs to Cody McDonald; he has his initials tattooed behind his left ear.

I haven’t yet heard a plausible reason why he might have done this. One mate rather unkindly suggested that it was so he can remember what his initials are, but this can’t be true. After all, the back of the ear is hardly the best spot for quick and easy reference.

One thing’s for sure, though. It’s not something Terry Bly would have done.