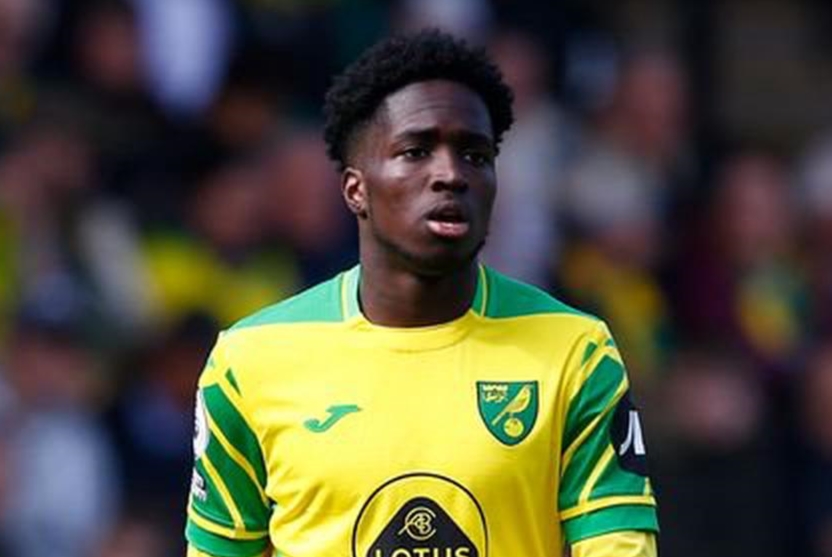 The demoralising trip to Crystal Palace on the 28 December last year feels like a long time ago, but one positive recollection of that day was Jon Rowe making his professional debut for City.

Throughout the second half of last season, Rowe went on to demonstrate considerable promise, which gave the fans something to cling onto during that dismal Premier League campaign. From hitting the crossbar at Leeds to providing an assist against Brentford, there was evidence of talent that Norwich must exploit.

In the summer of 2021, it didn’t seem reasonable to expect him to be making his Premier League debut on the cusp of the New Year, but Rowe is a determined character, who is developing a courageous mentality in order to achieve the high standards he sets himself.

A successful season for Rowe would have been to have a healthy goal tally, with the Under-23s, with the possibility to be involved in first-team training. But with Jon’s relentless hunger to thrive matched with his natural talent, he exceeded those expectations and was a permanent first-team squad member by the start of 2022.

One of the main objectives that the Academy sets the players is to show consistency in their performances. Rowe demonstrated this perfectly as in the early parts of last season, while in the 23s, he scored and/or assisted in more than ten games on the bounce.

This magnificent form saw him sweep into the top five goal scorers in the Under-23s league and he ended their season with a very respectable tally of 13 goals and 8 assists in all competitions.

During Dean Smith’s tenure at Norwich, we’re gradually getting hints of the type of players he wants at the Club. He appears to want players who are capable of winning the ball back high up the pitch, who are effective counter-pressers, who are quick and mobile athletes, and hard-working.

Having watched Rowe on multiple occasions in both the academy and the first team, there is a player who could fulfil those requirements. Smith has recognised this too, hence why he trusted him in the most competitive league in the world.

Dean Smith has been adamant that speed and mobility are crucial in any team in the Premier League, and those are elements that Rowe possesses. And now we’re back in the Championship, we have to be transparent with our situation – we are one of the favourites for an immediate return – and so having a squad that fits Dean Smith’s profile needs to start now.

Moreover, Rowe has something different compared to any of his other right-side competitors – the effectiveness to overcome one-on-one battles in the attacking third. Between him, Josh Sargent and Tony Springett, Rowe has more strings to his bow when it comes to beating defenders; the other two rely more on energy and enthusiasm.

In addition, a feature which has developed in Rowe’s game is his defensive understanding. This could be expected because the emphasis to contribute in the Premier League is much greater than development level, but Jon had developed defensive intelligence into his game before he was called up to the first team.

During the first half of the 23s season, he, Abu Kamara and Tom Dickson-Peters played as a front three. Kamara played just behind the dynamic partnership of Rowe and Dickson-Peters although that wasn’t easy to determine off the ball as the front three rotated so effectively when they were pressing.

Last season’s 23s weren’t a relentless pressing side, but they would carry out aggressive counter-pressers in areas where they thought they had a high chance of winning the ball back. And linking back to the point, Rowe is a quick player who is refining his defensive game nicely.

Furthermore, Dean Smith has been vocal in the press that he wanted players in the dressing room with strong mentalities. I would consider Rowe one of them.

Although the initial feeling with young players/academy prospects is that we need to be cautious with them as their confidence can be fragile, I believe Jon is different. He has the utmost confidence in himself, and believes he’s going to be successful.

He spoke earlier in the season about treating every game the same, and forgetting its importance. I believe that shows a maturity and an ability to keep his emotions contained.

Two moments stood out for me and led me to believe that Jon Rowe can have a successful future at Norwich. One has already been mentioned – that run of ten games in which he either scored or assisted – and the other, was when City Under-18s travelled to Crystal Palace in the U18 Premier League South in February 2021. Rowe played wonderfully that day, netted a brace and you could feel him expressing his personality on the pitch.

From the title of this article, you may have immediately recognised my conclusion that Jon Rowe needs to be a first-team starter.

Even putting my bias aside, Rowe offers Norwich more attributes than other right-wingers in the squad. In the Championship, many teams will try to disrupt City’s momentum by being disciplined and combative but, with that in mind, an injection of flair is needed to avoid our attack being blunted.

Obviously, City need some more attacking bodies to make them a more dynamic and unpredictable side, but it shouldn’t mean we ignore our academy talent in Springett and Rowe.

With the season approaching shortly, transfer rumours are starting to become more common, but there has been no speculation regarding the right-wing position. Even Smith hasn’t mentioned his desire to recruit a right midfielder, suggesting he is satisfied with his current options.

Not only has Rowe inspired himself by progressing this quickly to the first team, but he can also inspire other players in the academy that their growth and reputation can enhance quickly. And it speaks volumes of the club that they continuously show trust in their young players.

Without doubt, Norwich have a seriously talented player in Rowe but he must be utilised correctly. He needs to be viewed as a long-term project who, with faith and confidence behind him, can become a Premier League player.

I have confidence the club can provide this, as they have done superbly in the past with the likes of Max Aarons, Jamal Lewis, Andrew Omobamidele and co.

We have a player here, who could be a huge asset for this club.