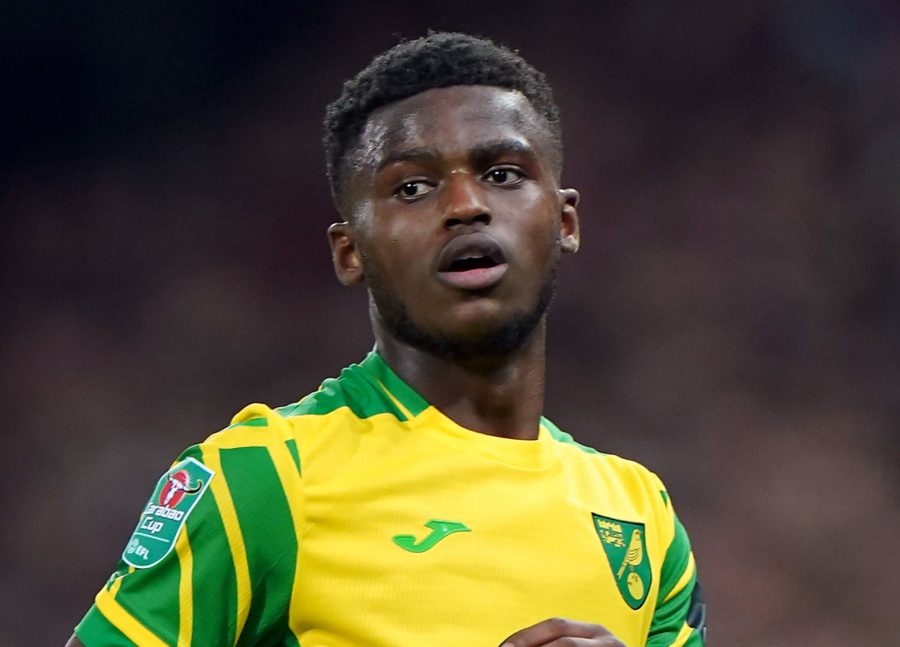 Having joined the club in the summer of 2020 from Sunderland off the back of wholesome praise from the Mackems – who were gutted to see one of their bright academy prospects head to Norfolk – it’s been an interesting two years for the now 20-year-old Bali Mumba.

His first full campaign in Norfolk saw him play second fiddle to an undroppable Max Aarons at the peak of his powers during the unforgettable 2020-21 Championship-winning campaign.

In fact, it was that late cameo that turned the game on its head with some direct and bright play from his unfavoured left-back spot, and was his well-drilled pass to Emi Buendia from which the Argentinan set up fan-favourite Marco Stiepermann to fire home the winner.

Later on in the campaign, Mumba would impress once again – this time in his preferred right-back position – with an accomplished 62-minute performance in the FA Cup against Coventry City following a 10-week injury layoff. It was a performance that earned him more plaudits from the Canary faithful.

After gaining promotion, the young Englishman was handed his Premier League debut against reigning champions Manchester City, coming on at halftime for Dimitris Giannoulis in the 5-0 drubbing at the Etihad. Unfortunately, he made two costly errors for the final two Man City goals, mainly owing to his inexperience at the top level.

Those 45 minutes at the Etihad would go on to be his only appearance in the league in that dismal Premier League campaign for Daniel Farke’s and Dean Smith’s Canaries.

A January loan switch to struggling Peterborough in the Championship followed for the youngster, but it ended up being a mixed bag.

It began with early promise in the form of a debut FA Cup-winning goal at home in a 2-1 win over Bristol Rovers, and would then play every minute of his opening five fixtures.

However, as a result of Darren Ferguson’s dismissal, his replacement in the Posh hotseat, Grant McCann, limited Mumba’s Championship minutes significantly. This ultimately resulted in Mumba being sent back to Colney before the Championship campaign came to a close.

He closed out the 2021-22 campaign with a couple of appearances in the Premier League 2 Play-Offs for Alan Neilson’s Under-23 side, as well as training with Dean Smith’s first-team squad.

So what does the future now hold for Bali Mumba?

At this stage he looks set for another spell out on loan, this time dropping down a level with Plymouth Argyle, who narrowly missed out in the League One Play-Offs at the end of last season.

Since Steve Schumacher’s appointment midway through last season after Ryan Lowe’s departure to fellow Championship side Preston North End, Argyle have been defensively solid – at one stage keeping eight clean sheets in a period of nine league games which produced seven wins. They also produced a solid defensive display against the at-the-time European champions, Chelsea.

If the move comes to fruition, the move to Plymouth offers up an opportunity for the 20-year-old to ignite his career in the short term, as well as his City career in the long term, something his fellow ‘loaners’, such as Akin Famewo, Sebastian Soto, Rocky Bushiri and Josh Martin, have been unable to do.

Hopefully, the defensive emphasis and stability put in place by Schumacher will be able to benefit Mumba’s ability to defend, something that was questioned by Peterborough fans at the conclusion of his loan spell there. Worth noting is that they also praised the youngster’s attacking endeavours, the staple of the modern-day full-back.

The early signs are that Mumba is someone Dean Smith rates as he trains regularly with the first team, and was given 45 minutes in the 4-0 win away at Dereham. He was also part of the contingent that travelled to Grassau, Germany for the pre-season training camp.

So, here’s hoping that a year of consistent football at the top end of an extremely competitive league and regular minutes – something at his age he desperately needs – will hopefully allow Mumba the platform to showcase his development and talent to Dean Smith and Craig Shakespeare.

If all goes well we may just have another talented young full-back on our hands, who’ll soon be first-team ready.

Only time will tell for Mumba and ultimately it’s down to him to prove himself should this loan move be sanctioned.