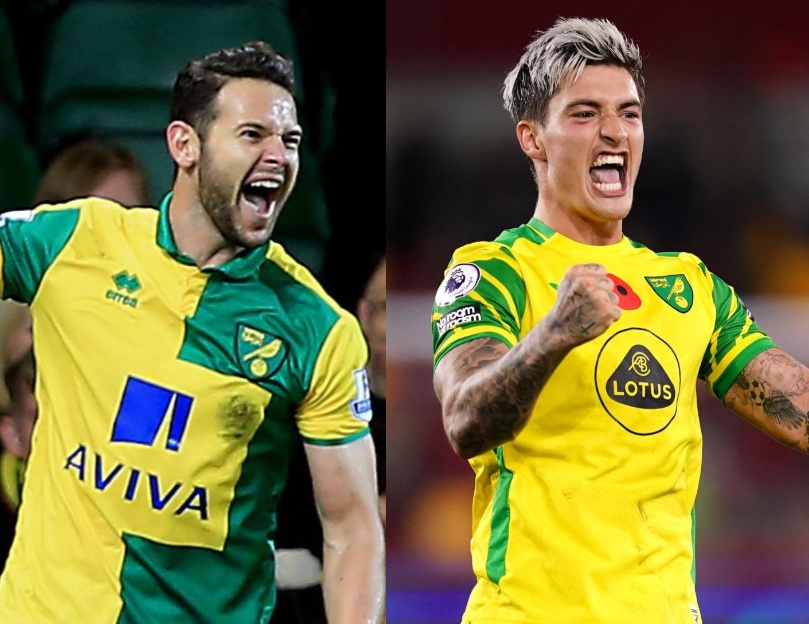 A new signing is always exciting.

Even as I approach pensionable age I still feel a little flutter when somebody fresh comes through the glass doors at Colney, especially if they are a holding midfielder with Premiership quality and, whisper it quietly, a Brazilian attacking midfielder, which in itself will become a first for the Canaries.

However, this is Norwich City and I must admit to more than a little concern over the fitness of both these players. And oh boy, this club has got previous for making rickets over signing players they knew had potentially serious physical concerns when they bought them.

“Isaac Hayden trained the first week with us but he got a little bit of swelling on the knee, so we were a bit concerned about that and we’re just resting him at the moment,” said Dean Smith just before the lads flew back from their Bavarian training camp yesterday.

Now call me cynical – and some MFW readers often quite rightly do just that – but this already sets off those alarm bells. Hayden arrived with a knee injury and it doesn’t look like all is rosy in the garden in this respect. Far from it.

And then reports emanating from Brazil on Saturday suggested that while Sara was originally considered to be ahead of schedule on his recovery from an ankle injury and heading for the Fine City asap, things have changed to the degree that he will remain in his native country for at least three weeks to complete his recovery before allegedly being available “in August”.

Then yesterday, a further report says he’s coming over next week for a medical and not returning. As Gary said yesterday, a Paddy Davitt #No Circus is usually accurate but I’m never convinced until the horse is in the stable. I’m cynical, remember 😀

If ever a club had previous for this kind of signing it is us.

In recent times alone we only have to think of Matt Jarvis, Mathias Normann and Sam Byram who were signed with known histories of susceptibility to injuries. Jarvis shone brightly for about three weeks never to be seen again, Normann was good while he briefly stayed fit and although Byram seems fit again for now he has missed some 18 months out through injury.

There is no way in the world that I am attaching any blame to any of these players or indeed making any criticism of them but the facts remain these were extremely risky signings in the first place. It could be countered that we might never have been able to recruit such high-quality players with their kind of pedigree if there had not been said injury issues in the first place but this approach is still one heck of a gamble.

Some wag on social media recently referred to Sara as “the new Jarvis”, which I thought was both unfair and hardly constructive but something deep down inside tells me that he made a badly-expressed but nonetheless valid point.

On an upbeat note, it was particularly good to see all three yellows ruled out through injury at a relatively early stage last season back in varying degrees of action in Bavaria.

Adam Idah was largely working on a personal rehabilitation programme while Josh Sargent managed to get some minutes under his belt on the field of play.

Andrew Omobamidele was pencilled in for half an hour against SSV Jahn Regensburg but failed to appear with Smith saying later that he is still being managed carefully after his season-ending back injury. There are less than three weeks to go until we turn up in Cardiff so let’s hope our medicos have got it right.

Something tells me young Andrew will have a big role to play in 2022-23.

Don’t get me wrong, I sincerely hope that both Isaac and Gabby have long, productive and indeed enjoyable careers here in East Anglia.

But when players are signed with niggling injuries I tend to have equally niggling doubts.

Not everybody can be fireproof like Wessi, Holty or Bradley Johnson of course. But all three went on to have long and very successful careers with all three of them hitting their peak while in NR1.

Bradders is still playing and a 40-year-old Hoolahan has yet to announce his retirement. Maybe it’s down to constitution, maybe it’s down to luck but all three came in for some right batterings*** in their time and invariably came out the other side with both heads and tails up.

Let’s keep our fingers crossed that all goes well for the new lads this season and they don’t get to know the first names of the NCFC medical team.

*** Yes, I know., Holty and Bradley could dish it out as well. Mr. Johnson often got his retaliation in first and heaven help a lightweight centre-back who came across our Grant!

I really hope this Elvis Costello masterful version of the old Sam & Dave song doesn’t apply to any of our squad this season: