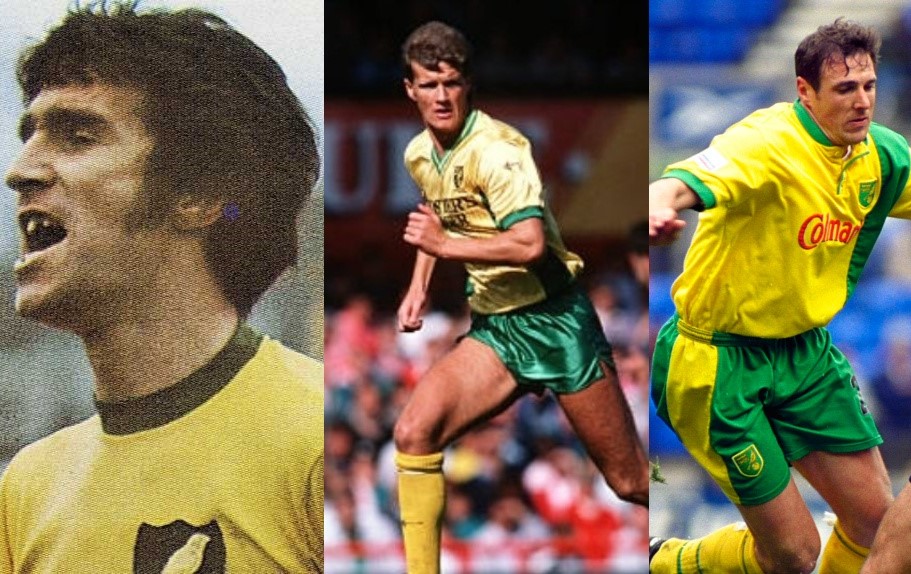 Following on from sharing his thoughts on NCFC keepers, full backs, managers and strikers over the summer, MFW regular Alex Bain turns his attention to recollections of his favourite centre backs who have sported the Yellow shirt over the years.

So without further preamble, off you go Alex.

I have seen several centre-backs come and go since 1959. Quite a few I was pleased to see go while others left too early in their careers, and others pushed to leave and made thinly-disguised threats of never playing for the club again if management stood in their way.

Both Dave Watson and Steve Bruce, sad to say, heard that Everton and Manchester United wanted them and most certainly let the club know how they felt about the respective overtures, but they were a good pairing while at City.

The following are a few of my favourites who have occupied the position.

Duncan Forbes was signed from Colchester in 1968 for £10k. He was captain of the promotion team in 1972 and played 295 games, scoring 10 goals. On leaving, “Big Dunc” played for Great Yarmouth Town.

Dave Stringer is a local lad from Gorleston. He played 419 games for City and, as manager, built the nucleus of the team that did so well in the UEFA Cup campaign.

Ian Butterworth was signed from Nottingham Forest in 1986 for £160k and played 215 games. Injuries forced him to retire in 1994 – he was also part of the UEFA Cup team and skippered City on a regular basis.

John Polston was recruited from my second team, Spurs, and proved to be a good defender. He was a key member of the City side that finished third in the inaugural Premier League season. He captained the team in our UEFA Cup matches.

Timm Klose was a record signing when he arrived from Wolfsburg. He went on to play 117 games in Yellow, scoring 10 goals. Sadly his last couple of seasons were blighted by injury otherwise we could have seen a lot more of this big Swiss/German.

Grant Hanley, our current Braveheart captain, signed from Newcastle United in 2017 for an undisclosed fee. He has achieved two promotions and scored four goals. He has been club captain since 2018 and is a vital component in City’s defence.

Christoph Zimmerman was the second of our German centre-backs signed in 2017 from Borussia  Dortmund II on a free when his contract expired. Two promotions, 121 games and three goals. Another one whose time here has been beset with injuries.

Michael Nelson was a Bryan Gunn free signing from Hartlepool on Ian Butterworth’s recommendation. He had a poor start to his City career with the Colchester fiasco but eventually became a vital cog in Paul Lambert’s promotion teams.

Andy Linighan is the brother of David of Ipswich fame. He signed from Oldham in 1988 for £350k. He played 74 games and scored six goals, impressing then Arsenal manager George Graham to the extent that he spent £1.2m on him in 1990.

Malky Mackay arrived from Celtic in 1998. He played 212 games and chipped in with 15 goals. After six years he was released when the club achieved promotion to the Premier League.

At Alex’s request, here are a few notes on some of his choices from sub-editor Martin P.

Duncan Forbes is an all-time NCFC legend. I only saw him play a few times myself but I swear you could hear him from the River End if you were in the Barclay. Stentorian didn’t come into it.

Timm Klose was immensely popular with supporters and never afraid to share a few snaps of his trips to the coast on social media, seemingly happy to pose for a selfie with everybody he met.

Andy Linighan scored the goal that secured our long-delayed entry into Europe. Not for us of course but for Arsenal against Sheffield Wednesday to give Arsenal both domestic Cups, thus making our spot available. Everyone was a Gooner that day!

Malky Mackay jokingly reckoned Clint Easton’s corner delivery was so good that he could point to one of his eyebrows and Easton would pick it out. It worked to plan a few times, anyway.

Sub’s luck being what it is, Alex also asked me to chuck into the pot any other CB’s I can remember. This won’t be a comprehensive list cos it’s me doing it, so please, dear readers, feel free to let MFW know which prominent ones I’ve missed.