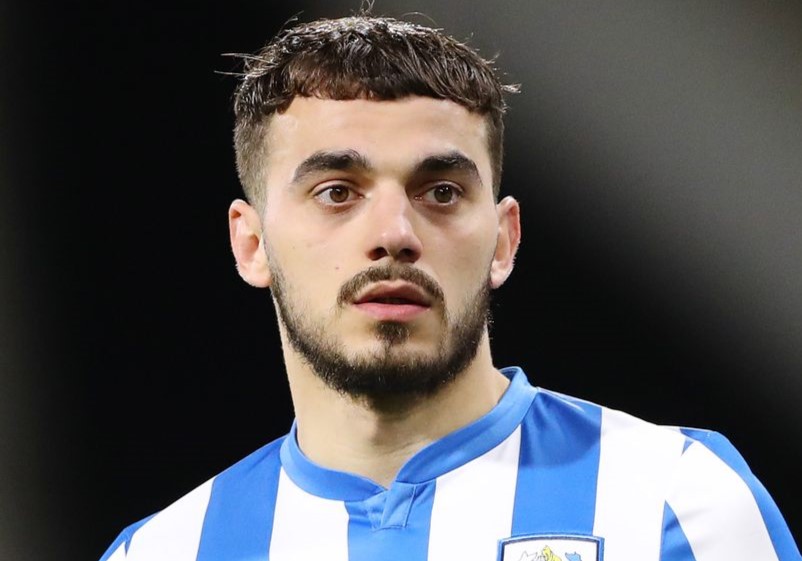 Since the end of last season, as City concluded 2021-22 with that dismal relegation while Huddersfield went all the way to the Championship Play-Off final, the future of Danel Sinani and what role (if any) he may play in Dean Smith’s team has become a hot topic among City fans.

The question being asked is whether the Luxembourg international holds the key to revitalising some of City’s attacking shortcomings, so visible throughout last season.

Sinani was highly decorated from his time in Luxembourg and became an ever-present for F91 Dudelange, scoring a handful of vital goals in both the Champions League and the Europa League, as well as collecting multiple team accolades after initially signing from Racing FC Union Luxembourg in 2017.

He would go on to win two Luxembourg National Division titles and the Luxembourg Cup, even winning the 2019 Luxembourg Footballer of the Year award.

During the 2019-20 campaign, Sinani netted 14 times in 16 league outings, culminating in Stuart Webber and Daniel Farke sealing his move to Norfolk in the April of 2020, during the early stages of the pandemic and while football had been temporarily halted.

He penned a three-year deal taking him through to the summer of 2023.

However, back-to-back loans would follow for Sinani, firstly to Waasland Beveren in Belgium (now named SK Beveren). He ended that campaign with four goals and one assist in 21 appearances, but it proved a challenging season littered with bright patches for the then 23-year-old, but ended in relegation from the Belgian top flight.

It began with early promise after a couple of fine individual displays, but a hip injury would dictate the majority of Sinani’s campaign, who found himself regularly sidelined and only able to reintegrate himself into the team in the final stages of the season.

That positive personal end to the campaign followed an excellent international showing, with the midfielder netting three times during the March international break. Sinani would get his chance back in the first team picture after a goal and a man-of-the-match substitute appearance against KV Oostende.

Eventually, with a regular role in the team at the back end of the campaign, he was able to showcase his ability, showing a more gritty side to his game, and producing his best running metrics in the final game of the season and the first play-off away leg against RFC Seraing – running over 11km in both games.

Despite that positive end to his season, Sinani was still deemed surplus to requirements by Stuart Webber and Daniel Farke, who opted once again to loan out the Luxembourg international.

This time it was to Carlos Corberan’s Huddersfield Town, a move that included an option to buy for the Terriers at the end of the season – a possible hint that Webber and Farke saw Sinani’s immediate future away from Carrow Road.

However, this would be where he would catch the eye of the City faithful.

It would go on to be a season of consistent football for the now 25-year-old, making 39 league appearances, contributing six goals and three assists as Corberan’s Terriers became the surprise package of the Championship.

They were in the playoff picture throughout the campaign, only falling short of a return to the Premier League after defeat by Nottingham Forest in the Play-Off Final.

Sinani put in a standout performance in the semi-final first leg away against Luton Town, where he would fire the visitors in front with a well-drilled finish inside Matt Ingram’s near post.

But with Huddersfield losing out on the riches of promotion to the Premier League, they opted, despite that productive spell, against signing Sinani on a permanent deal.

As a result, his return to Norfolk ahead of pre-season was eagerly anticipated by some City fans.

After being given an extended break due to end-of-season internationals with Luxembourg, he rejoined Dean Smith’s group in their Grassau training-season camp, reportedly impressing Smith and his coaching staff with his playing style.

After the 2-2 draw with SSV Jahn Regensburg, Smith complimented the ‘picture’ Sinai sees before he receives the ball, as well as his one and two-touch play, something also evident in the pre-season training videos.

Given the plethora of attacking options at Smith’s disposal, Sinani will have to impress further throughout pre-season, and it’s no secret that there will need to be some trimming of the first-team squad in order to meet the squad size regulations as well as allowing for incomings.

We’ve already seen a departure in the attacking department with Przemyslaw Placheta moving to Birmingham City, and there’s been much debate around the futures of returning loanees Onel Hernandez and Jordan Hugill.

However, due to the club’s limited financial resources, it provides an opportunity for someone like Sinani, who’s been mainly on the periphery, to thrust himself into the limelight and play a part in firing City back to the top flight.

He has the technical capabilities to fill that Emi Buendia-sized hole, as well as other capabilities similar to that of the Argentinian, like a willingness to work hard, a sharpness in the tackle, and an eye for a pass – all qualities that were so lacking last season as Farke and Smith struggled to find an able supporting cast for Teemu Pukki.

So… do we now have an attacker who can tick those boxes?

I sense that Dean Smith thinks so, and so do I.