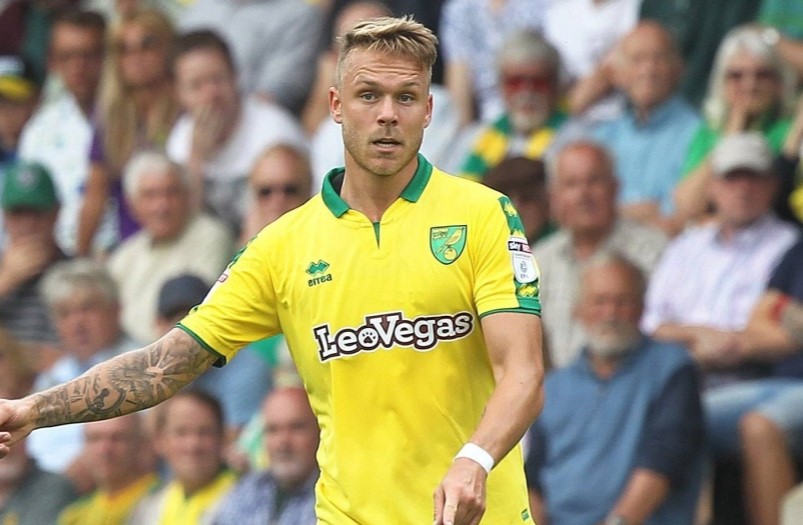 Finally, Gabriel Sara is a Canary. Welcome aboard.

Let’s hope his stay in Norfolk is a fruitful one … because that’s not always the case.

Although Stuart Webber has a list of successful incomings in his five-year-stint as City’s Sporting Director, there is an even longer list of players who simply did not work out.

These range from, reportedly, some of the world’s most promising youngsters to those who just weren’t good enough or who those just didn’t suit City’s style of play.

Last summer’s recruitment was particularly disappointing – pretty much every player brought in ended up being a failure.

Over £50m was spent by the club and only Milot Rashica – who cost a club record fee – showed glimmers of Premier League ability. But even he ended up with just one goal and two assists in 25 games for City.

If that is classed as your ‘best signing’ something has gone very wrong.

So, now, that Sara has been formally announced, I’d like to reflect on the Webber signings that didn’t live up to the expectations. (Hopefully, I haven’t cursed the Brazilian into having a sub-par Championship campaign.)

But enough ranting – let’s instead dive into some, not all, of the other incomings under Webber that were unsuccessful:

I think I speak for most City fans when I say that Watkins was one of the worst players to ever play for us. It was like watching someone who had rented out Carrow Road to play there in front of a sold-out crowd.

Thankfully, the club signed Watkins on a free transfer from Barnsley, so there wasn’t a decent transfer sum wasted. Somehow we made a profit on the Welshman and sold him to Bristol City after just 27 games and one goal for the club, which came in a 4-1 Carabao Cup victory over Charlton Athletic.

The problem with this signing was that Watkins just wasn’t a good player. He was out of his depth in the Championship and struggled to fit in Daniel Farke’s system.

Thank goodness we ended up with a slightly better right winger the season after.

This signing had Daniel Farke written all over it. Another German very few people knew about, coming on loan from Borrusia Dortmund’s reserve side, this should have ended up like all the other Germans who came to Norfolk.

However, that wasn’t the case. The loan move hindered Passlack’s career rather than improve it.

Passlack ended up playing just six times for Norwich – pretty much all of which came in cup competitions, but this wasn’t because he was a bad player, he just couldn’t get into the side over a younger and better Max Aarons.

Aarons has gone on to make over 50 Premier League appearances, whilst Passlack has only played 17 matches in the Bundesliga since this move three years ago.

This signing should’ve been a good one given the potential Raggett possessed when he joined City for an undisclosed fee from then non-league Lincoln City in 2017.

During that same season, the centre-half was a standout player in the Lincoln side that reached the quarter-finals of the FA Cup, becoming the first non-league side to get that far in over 100 years.

But he was unable to transfer that success and promise to the Championship and never cemented himself in the first team or secure many minutes under Daniel Farke. The squad simply had too many defenders that were higher in the pecking order and Raggett never stood a chance.

He went on loan to both Rotherham United and Portsmouth, the latter ending up signing him on a free after his contract at City released him from his contract. In the season just gone, Raggett won Pompey’s Supporters’ Player of the Season Award.

What was it with signings made by Webber and Farke in their first season in charge?

Much like the aforementioned Watkins, this signing failed due to the player’s ability on the pitch and struggle to adapt to the English game. This ultimately led to his time at City being cut short.

After just eight first-team appearances, all of which were well below the performances required at that level, Franke was loaned back to Germany twice and was sold to Hannover 96 in the 2. Bundesliga.

Alongside the aforementioned Watkins, I think most City fans would agree with me that Franke was just abysmal.

We end with the only player on this list still at the club.

Soto still has time to prove himself and push for a first-team spot at just 21 years old, but as he hasn’t featured once in pre-season under Dean Smith and now looks likely to move away to Barnsley, this is another that just didn’t work.

Soto was branded as one of the best youngsters in America, after scoring plenty of goals for the senior team and at youth level, but it just hasn’t gone right for him across the pond.

Even loan spells at Porto B and Livingston ended poorly with a combined 20 appearances and just one goal.

It looks almost certain that Soto will leave the club after playing zero minutes for the first team.

But this is the case with so many players at so many clubs. Are there going to be more at Norwich? Probably so. But without these failures, the successes would never be appreciated as much.

Hopefully, Isaac Hayden and Gabriel Sara will not be added to that list.