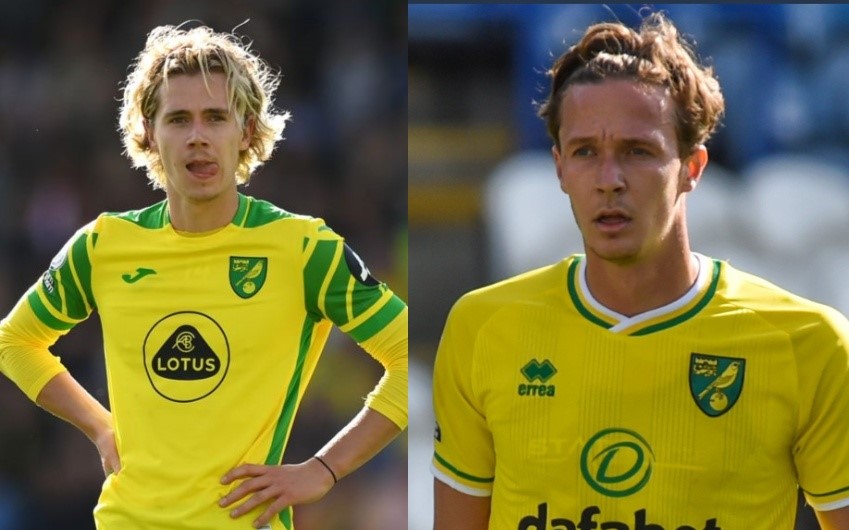 Since Emi Buendia’s departure, City have craved a creator. A player that effectively has a free role, with the sole aim to make things happen.

This kind of player is known under many names but, for those familiar with 1990s Italian football (or who play Football Manager), they are known as a Trequartista.

If you enter the term into Google Translate, it will read as ‘attacking midfield’, but the position is more specialised than that. A trequartisti needs to be the centre of a team.

They need to be nurtured, and if that’s done well the team will reap the rewards.

Examples over the years include, obviously, Buendia, whose importance was emphasised by City’s win-ratio with him in the side, as opposed to when he was left out or injured.

Adel Taarabt was another, most notably when, while wearing the hoops of QPR, he took the Championship by storm in the 2010-11 season – managing 19 goals, 21 assists and winning the EFL Player of the Season award.

Norwich have spent, it seems, the last 12 months searching for replacements for two players – Oliver Skipp and Buendia. For the latter, it seemed like we had the perfect in-house replacement in Todd Cantwell but that’s not how things turned out.

Cantwell found himself excluded by Daniel Farke and Dean Smith before having an uneventful loan spell at Bournemouth.

In the Dereham Deco’s absence, there was an opportunity for someone else to step up, and in the closing stages of 2020-21, we saw a late-season surge from Kieran Dowell.

Dowell had only made two starts before March 2021, largely due to injury, but came into the starting lineup for a 2-0 win against Nottingham Forest, where he was on the scoresheet. The former Everton youngster ended the year with five goals and one assist, all of which came in the last 10 games.

This year, there was a similar pattern. Dowell had only managed four starts in the Premier League before April, but played the full 90 in a 2-0 win against Burnley, and then grabbed a goal and an assist at Old Trafford the next week. He then started all but one of City’s final eight games.

Interestingly, Cantwell is currently enjoying a fruitful pre-season, receiving plaudits for his positive performances. A fully fit Cantwell can spearhead City to another promotion, but is that a risk Dean Smith’s willing to take, and can he be accommodated in the same side as Dowell?

It’s clear that Dowell performs better as a number 10, dictating the tempo and being the sole creator, but the same could also be said of Cantwell, who’s played in-behind the striker throughout pre-season.

So, let’s compare them….

Both players are 24 years old but Dowell has six more senior appearances than Cantwell. In his 138 senior games, Dowell has managed 24 goals and 22 assists. In Cantwell’s 132 games, he’s racked up 18 goals and 15 assists. However, to counterbalance that, Cantwell has played a larger number of his games in the Premier League.

In summary, both players have enjoyed relatively similar careers on the pitch, with little to separate them.

Milot Rashica has performed better on the left side of attacking midfield, being allowed to cut in and feed others or take a shot, so it would be illogical to put him on the right. The same could also be said for Cantwell.

I’ll be surprised if one of the latter two don’t go out on loan, but was happy to see Placheta move to Birmingham City. He always looked a little too raw to cut it in the first team, but I’ll watch him closely at St Andrew’s, hoping he proves me wrong.

The speculation over Tzolis seems to have died down, with Club Bruges reportedly not willing to match the £10 million price tag set by City.

Cantwell and Dowell have had fairly similar careers. They’re fairly similar players. A general rule in football is that to play two creators in a side is a luxury, although this is different for ‘big 6’ teams who dominate the ball and have the quality to play that way.

You could argue that City may be able to play that way this season as they will be hoping to dominate the ball, but it’s risky.

I’m assuming, for now, Smith will opt for one creator with two of the wide-men mentioned above with the risk of playing with two trequartistis is it can leave you exposed when you don’t have the ball.

But we’ll see. Perhaps Dowell and Cantwell can co-exist… at least in the Championship.