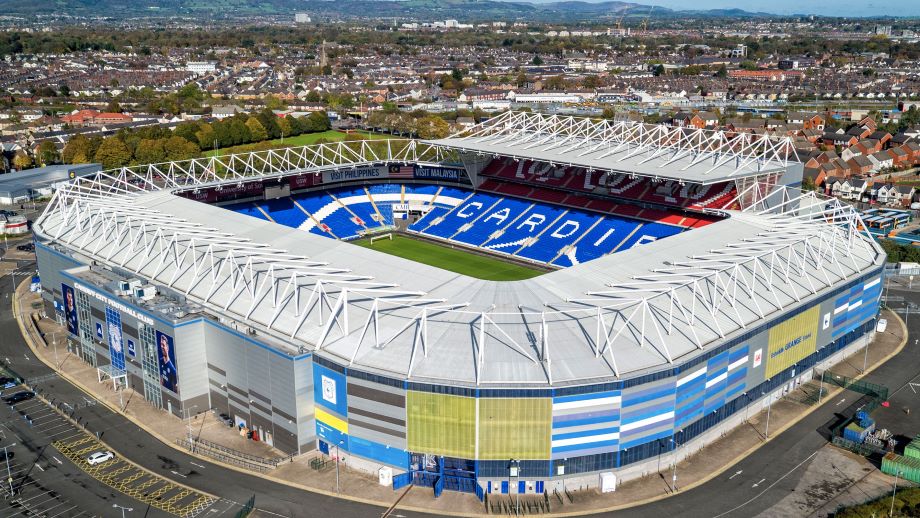 Competitive football is finally back!

It’s been over 1,180 days since City fans last saw their team play a Championship away game in person, but that all changes in Cardiff this weekend.

Pre-season ended on a disappointing note, with defeats at Celtic Park and Easter Road, but City now look to kickstart their promotion campaign with three points in South Wales.

The Bluebirds have had an unbeaten pre-season, managing four wins and a draw against lower-league sides, but a morale boost was much needed before the start of this Championship campaign.

Steve Morison’s side flirted with relegation last season but in the end finished 13 points clear of the drop, helped somewhat by Reading and Derby County’s point deductions.

Cardiff lost five of their last eight games in 2021-22, so may be tentative going into this season, but they’ve not been quiet in the transfer market.

The Bluebirds have brought in 12 new signings, most notably, Sheyi Ojo from Liverpool, Mahlon Romeo from Millwall, Ryan Allsop from Derby, Callum O’Dowda from Bristol City, and Cedric Kipre on loan from West Brom. It’s a new-look squad for Cardiff and there have been a number of outgoings too.

No less than 18 players have left the club in this window, including Josh Murphy, who’s now at Oxford United after being released at the end of his contract. Leandro Bacuna, Alex Smithies and Isaac Vassell were also among those who left.

It’s set to be Morison’s first full year as a manager, following his appointment last November. The former City striker won Manager of the Month in March and impressed with his attacking mentality and clear playing style. He earned his UEFA Pro Licence while he was still playing, and spent 21 months in charge of Cardiff’s Under-23s before taking over the first team.

One of his first signings was Jordan Hugill on loan, who scored four and had one assist in his 18 Cardiff games, and he may feature against his former club on Saturday.

Ryan Allsop is expected to start in goal, while I predict Ng will play at centre-back alongside new signing Kipre, with fellow new signings Romeo and Collins as full-backs.

Rinomhota, Sawers and Wintle could form a midfield three, with Max Watters starting up front, with new lads O’Dowda and Ojo out wide.

As we know, many areas are still open to discussion.

For me, Krul gets the nod over Gunn. I imagine there have been assurances that he’ll get game time in his bid for a spot in The Netherlands’ squad for the World Cup but Angus can feel hard done by. He performed well when needed last year, and is a Championship-level goalkeeper, at the very least.

You can read my view on the matter here.

The back four is relatively straightforward. Hanley and Omobamidele are our only two fit centre-backs, with Gibson out for a few weeks with a strain. Aarons has been City’s number one right-back for the majority of the last four seasons although Dean Smith does seems to like Byram – citing him as ‘future captain material’. Perhaps there’ll be more competition for that spot this year.

The starting left-back spot would have certainly been in contention more than a week ago, with Sam McCallum knocking on the door. He was given an opportunity to impress in Scotland, but massively underperformed. I know it’s pre-season, but that, along with Dimitris Giannoulis being one of our top performers when featuring last season, gives the Greek the nod, for me.

In central midfield, we only really have two options at the moment, stressing the importance of another signing in the middle of the park. Gabriel Sara and Isaac Hayden are still not back for a few weeks, leaving Kenny McLean and Jacob Sorenson.

Both have immense quality in the Championship, but if one of them gets injured, we’re in trouble. That being said, I have been really impressed with Liam Gibbs’ performances in pre-season, but think it may still be a little too early for the former Ipswich man. He is though certainly one for the future.

Ahead of the back four, there is a lot more competition.

The front four all have a target on their backs, whether it be Dowell for Cantwell, Hernandez for Rashica, or Sinani for Sargent – every player has to earn their place in the starting lineup.

There’s even pressure around the lone striker spot, with Hugill’s excellent pre-season producing six goals, but I don’t think he can pry that spot away from Pukki. The Finn has been City’s main man for four seasons, scoring an incredible 77 goals in 157 league games. But there’s also pressure from City’s new number 11, Adam Idah.

Idah really impressed before his injury last season, and undoubtedly is in Smith’s plans, but unless we use a two-striker formation, one of the three frontmen will end up short of game time.

Norwich are the bookies’ favourites going into this weekend, with the best odds being 13/10.

We’re also the majority favourites to bounce straight back to the top flight by winning the league, with there being an overall 15.4% implied probability from bookmakers that Norwich will be champions, come May.

This is the predicted top six from the perspective of the bookies but I’m surprised by how low down Burnley find themselves before a ball has been kicked.

Do you favour City as much as the bookies, and would you make any changes to my predicted starting XI?

Dean Smith will be craving his first win of the campaign, but Cardiff will shock some teams this season.

Let’s hope City aren’t one of them.