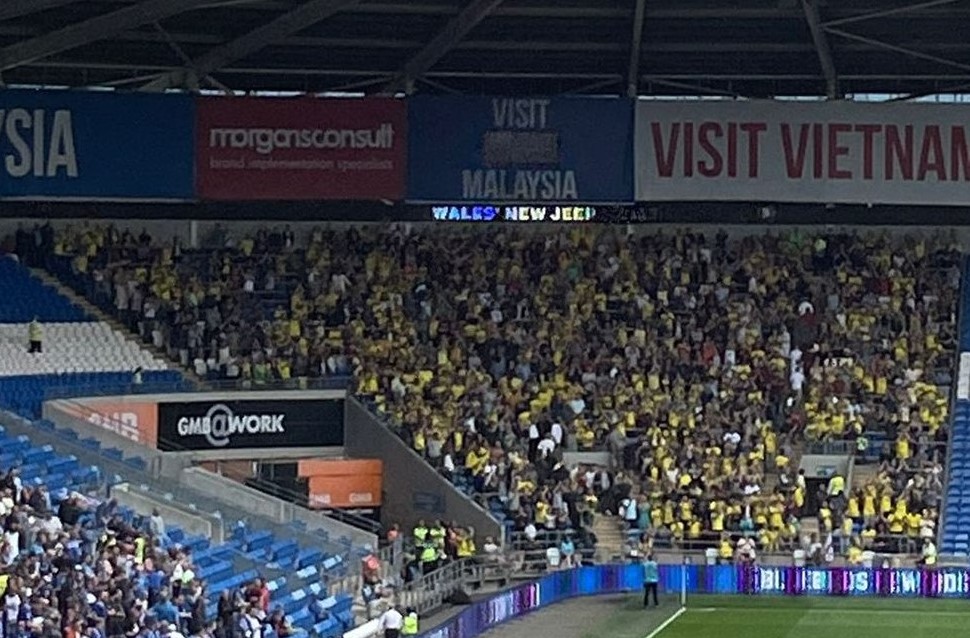 We can blame Dean Smith and Craig Shakespeare, or the players, or some lamentable refereeing all we like for the defeat in Cardiff but the fact of the matter is the die was cast at 10:27 yesterday morning.

“Cardiff have only won 1 of their last 9 opening league matches. They face Norwich this afternoon. #CardiffCity #NCFC“

And that was it. There was no way back. We’ll ignore the fact our record is arguably worse – two wins in 20 seasons I believe – because I’d prefer to apportion the blame elsewhere and assume it to have been a result beyond our control.

This was the Norwich City we’ve become used to. The one that lacks fluidity, that concedes sloppy goals from seemingly benign situations and which huffs, puffs but struggles to create a single goalscoring opportunity worthy of the name.

In other words, the same Norwich City that crashed and burned in last season’s Premier League.

And why wouldn’t it be?

It was a starting XI void of any new faces – all still appearing bruised and jaded from the horrors of last season. A team devoid of a spark and lacking in belief. One that has forgotten how to win.

Dean Smith spoke afterwards of his team deserving a point and he was probably right. It was a game that had 0-0 scrawled all over it even if Cardiff, with seven players making debuts, had verve and energy we can only dream of.

But neither keeper had very much to do. One of Tim Krul’s only two actions of the afternoon was to pick the ball out of the net. But that was all it took – a Romaine Sawyers shot probably intended as a slide rule pass that somehow found its way into the net, Norwich City-style.

Those whose toys flew from the pram following the friendly defeat at Celtic Park were quick to point out their concerns were justified, and they may have a point.

But, to try and offer some light to the shade, if we go back two seasons to the opening day of the 2020-21 season, the performance at the Cardiff City Stadium was not dissimilar to the one at Huddersfield’s John Smith’s Stadium.

On that day, we didn’t concede a daft goal but instead hung in there and conjured up a chance of our own in the dying minutes that was converted by Adam Idah. This time around there was no Idah and no late chances but in terms of the performance level, it was on a par.

That team too looked, for the opening four games, as if it was still nursing a Premier League-induced hangover, but by game five the collective head was clear and the vigour had returned

The big question is, can Smith and Shakespeare find that extra spark that Team Farke was able to eventually reignite?

For some, the question is, are Smith and Shakespeare capable of finding anything?

And, while calls for them to be sacked off the back of yesterday’s defeat are, of course, ridiculous and I’m less precious than some about there not yet being a style and method as clear and decipherable as Farke’s, they have had enough time to make some of the players in this squad better.

The saying that good coaching turns average players into good ones and good players into great ones is an over-simplification, but the gist is right. And in the nine months this coaching team has been here, not one player has improved.

And there’s a justifiable concern too around their use of Teemu Pukki – one of the greatest goalscorers ever to pull on the yellow shirt – who currently spends more time wrestling and grappling with lumbering centre-backs than he does peeling off them and sprinting into the channels.

For us to be successful this season that particular conundrum, above all others, has to be solved. Whether it be via Todd Cantwell in the 10 role or one of the new midfield signings, we simply have to find a way of giving him the type of supply on which he thrives.

As things stand, those heady days of Stiepi or Emi getting on the half-turn, driving into the space and then threading a pass for Pukki in that gap betwixt centre-back and full-back seem a long time ago.

It didn’t help that, yesterday, Tim Robinson was doing Tim Robinson things and gave Pukki no protection whatsoever from defenders whose raison d’être was to ensure the Finn was buffeted, blocked, nudged, tripped and fouled. But fair play to Cardiff – they did what they had to do and did it well.

We have to handle it better. We have to be prepared for sides who want to win the physical battle and who set out to stop those sides who prefer the ‘tippy-tappy’ stuff – tippy-tappy stuff that we’re not actually very good at, at the moment.

But in the games to come, we (and Smith and Shakespeare) need to see more players rising to the challenge of the Championship.

Yesterday was poor both collectively or individually. Too loose, too many lost 50/50s, too many over-hit passes, no precision, and a central midfield that, aside from Sorensen’s tidy first half, was weak, lightweight and wholly unable to control the tempo of the game.

Put simply, if we have to persist with that holding pair for a chunk of the season we’ll not be troubling the top six, which in itself places a huge burden on the new midfielders who we’ve yet to see.

There are 45 games to go of course and ample time to put right the wrongs of Cardiff but, by the same score there, is still much work to be done before this squad is anything like ready for the challenges ahead.

From watching the Championship highlights last night, there will be plenty of teams itching to have a piece of Norwich City right now.

This team desperately needs to find a way to experience that winning feeling again because it’s become so used to losing it now feels like the accepted norm.

It was no coincidence that Onel Hernandez – one who was spared the pain of last season – was yesterday’s brightest spark, along with flashes from a hungry-again Cantwell.

But even amid the gloom, I had to smile when the season’s first two set-pieces – both taken by Cantwell – were gently floated gifts into the palms of the Cardiff keeper. What we really need now is a set-piece coach. 🙂

Anyway… off to the worst possible start, which seems somehow appropriate given that, like the players, we’ve also forgotten what it’s like to win. But it’s still not time to lose our heads.

On that note, I’ll leave the final word to my dad who, following our debrief at 5pm yesterday, left me (as ever) with some words of wisdom:

“Don’t get too down, boy – we’ve been here plenty of times before. And Ipswich only drew at home to Bolton. There’s always someone worse off.”