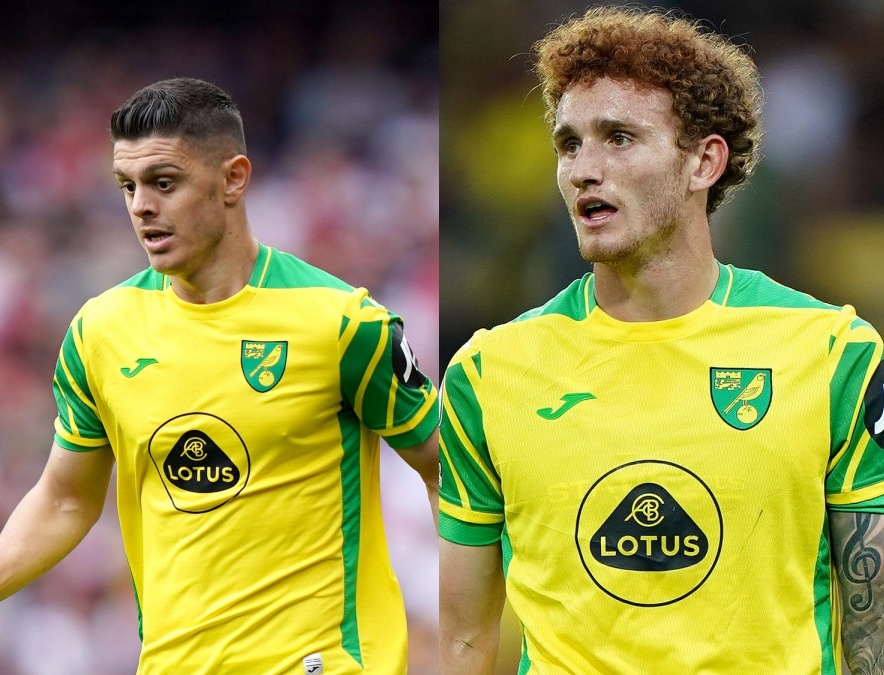 As the teamsheets dropped around 2pm on Saturday I felt a little bit of a smug glow. I had got ten right, my only error being Dean Smith’s retrospectively wrong decision to start Josh Sargent over Danel Sinani.

Any form of glow had long gone at the final whistle, of course, replaced by that all too familiar feeling of disappointment coupled with frustration and an all too realistic fear for the Yellow and Green future.

Revisiting the teamsheets, there was no sign of Adam Idah but more of a conundrum concerned the right back spot. Who would have taken over on Saturday if anything had happened to Max Aarons? Dimi cannot play on the right and I doubt Sam McCallum can either as he never has, to my knowledge anyway, including all that time at Coventry.

Sam Byram is a marvellous player when he’s available but he rarely seems to be fit as one issue seems to be overtaken by another, so I doubt he’s a reliable option. And in full knowledge of this, Stuart Webber comes up with the masterplan of “see yer later Bali Mumba, you’re off to Plymouth for the season”.

Grant Hanley’s cheap second yellow ensures him a one-match ban so he will miss Wigan and this is where it gets a bit too concerning for my liking. Should Ben Gibson not recover by Saturday we face the prospect of the admirable Andrew Omobamidele, 20, trying to school absolute rookie Jon Tomkinson through 90 minutes as well as playing his own game.

And all with no cover from the bench whatsoever as Lungi Sorensen will surely have to start alongside the seemingly undroppable Kenny McLean.

Webber’s masterplan was to “sell” Zimbo on one of his infamous “undiscloseds”.

As for the cavalry coming over the hill, Isaac Hayden won’t be available during the calendar month of August. Gaby Sara is apparently in training – but there’s a big difference between being in training and facing the rigours of your very first EFL Championship match.

Do I expect Sara to start against Wigan? No, if I’m honest.

While watching the EFL highlights – come back quickly Colin Murray and Quest, please!!! – one salient point crossed my mind. The WBA goal against Boro was assisted by Jed Wallace, ex of Millwall, and scored by John Swift, formerly of Reading.

Many MFW readers will, like me, have seen these guys play a few times and realise what good buys they would have been for us. Well within our price range too.

But under Webber we cannot sign players like these. Oh no. Because they don’t have any potential sell-on value you see, so to our Sporting Director they exist only in a parallel universe. British players with a proven Championship pedigree to help us gain promotion are not welcome at Carrow Road.

I wonder what the £30 million Webber spaffed on Tzolis, Rashica and Sargent is worth right now. I’ve no idea of the actual figure but maybe about half of that at best would seem a pretty fair guess. We might as well write off the loan fees for Normann and Kabak too while we’re at it.

A few random comments from friends and elsewhere on the internet over the weekend included such gems as “I’ll give Smith until September”… “we should have got the guy from Bodo/Glimt” … “who in their right mind would want to come here” … “no identity” … “no fight, no team spirit and no shape” and “poor old Pukki, he’ll never score with this lot failing to supply him”.

I fancy Wigan will be licking their chops.

2-1 against Germany after extra time at a sold-out Wembley – it simply doesn’t come any sweeter than that.

What a thoroughly absorbing, sometimes heart-stopping match it was too. I loved the final five minutes down by the corner flag where the Germans simply couldn’t get the ball out of their own half.

Mrs P and I watched every England game and my enthusiasm simply grew and grew throughout the tournament. I know that many of my footy friends from MFW and elsewhere thoroughly enjoyed it too. Let’s hope the women’s game really kicks on from here all over the world.

[There’ll be a full Lionesses piece on MFW later today from our Kathy – Ed.]

Back to reality – this is an unusual choice from me to sign off with but I can’t think of anything more appropriate: