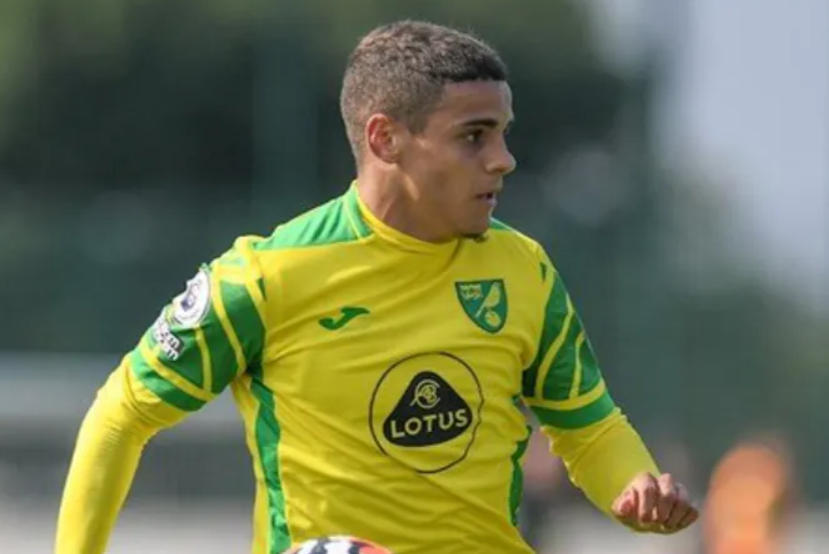 Two-hundred-and fifty-five days into Dean Smith’s reign as head coach, we finally got to see a starting XI containing a player that he signed.

There may have been some surprise initially that this was Marcelino Nunez, rather than Gabriel Sara but in hindsight, the clues were there in the press conference – not wanting to rush players back from injury.

After last week’s insipid offering, the pressure was on for the City players to up their performances by a considerable margin.

Smith stuck to a 4-2-3-1, Todd Cantwell notionally on the left, Milot Rashica providing the width on the right, with the new signing in the number 10 position.

City started brightly. In the opening five minutes, they created more chances than in the whole game against Cardiff.

The opening touches from Nunez were neat and tidy and he was looking to get on the ball at every opportunity. The opening shot after two minutes from Dimi Giannoulis was high and wide, followed moments later by a Nunez shot that Cantwell was unable to deflect goalwards.

It was all City.

On seven minutes, Rashica played the ball to Teemu Pukki who made a poor choice to turn and shoot when he should have laid it off to Nunez. The Chilean seemed to be at the heart of almost every City move in the opening salvos, including a superb crossfield ball that was headed to put Pukki through but his effort was dragged across goal.

City were pressing high, Cantwell was looking industrious and energetic and once again the victim of some robust challenges. Perhaps referees are conscious that he sometimes makes a meal of challenges as once again he received little protection.

The best chance of the early exchanges came on 13 minutes. Rashica played the ball inside to Nunez whose superb lofted through ball was met by the Kosovan who just couldn’t quite finish.

Next, it was the turn of Max Aarons to drive a shot across the goal. It only needed one slight touch to break the deadlock, which never came as it went wide of Amos’ upright.

Another diagonal ball from Nunez was met by Giannoulis and his first-time cross was just met by Amos in goal. Then Jacob Sorensen delivered a wicked curling cross that Lang managed to put behind more by luck than judgement.

The domination was complete, Wigan were barely able to venture out of their own half as they desperately fought off wave after wave of attacks. Those who have been City fans for any length of time though were expecting the next twist.

First, Will Keane flattened Sorensen to win the ball. He played in Lang but Krul was quickly off his line to smother the chance.

This emboldened Wigan. Five minutes later, Gibson played a weak ball out of defence towards McLean, who was nowhere near it. Keane played James McClean through who slotted past the diving Krul to give Wigan the lead.

City were visibly shaken and lost all fluency in their play.

Wigan pushed forward more and for a while looked to be the more dominant side. Whereas in the opening 25 minutes, City had moved the ball around quickly and with a degree of confidence, now they began to look leaden-footed and the tempo of the passing dropped considerably.

They still made chances. McLean was close from a corner for the second week running, this time a header that he should have got at least to target looped just high and wide.

Carrow Road was strangely quiet. Even a Rashica through ball to Pukki, as the half drew to an end, failed to raise the noise. Like a number of City balls all afternoon, it was hit with too much strength and Amos came out to claim it easily.

City left the pitch to a smattering of boos.

The City players were out early for the second half and almost scored from the off. Rashica blocked a clearance, ran forward but Amos was able to make the save as the shot went across him.

Aarons was getting to see a lot of the ball throughout the game. On 47 minutes he choose unwisely, driving infield and into trouble when a simpler ball wide to Nunez was a better bet. Wigan broke straight back, another error by Gibson but this time Krul was up to it with a near post save.

City were stuttering somewhat in their response but as the half moved on, the fluency began to return.

On 52 minutes, Andrew Omobamidele played a great ball to Pukki. The Finn was barged off the ball by Tilt and then penalized for fouling in his efforts to retaliate. The City players were beginning to look frustrated.

Minutes later, with Onel Hernandez warming up and ready to come on, Giannoulis drove forward down the left, played the ball into Pukki who laid it off to McLean. The Scot’s left foot shot was blocked and came out to the left. Giannoulis was brought down in the subsequent tackle and could immediately be heard screaming in pain.

It didn’t look good as he was stretchered off to be replaced by Sam McCallum.

Sorensen was the player to give way for Onel and City switched to a 4-1-4-1 formation and the tempo improved palpably. Moments after the changes, on 61 minutes, McCallum was involved on the left. The ball came to Pukki who moved it inside to Rashica on the edge of the box. He laid it wide again to the charging Aarons who cooly slotted the equalizer home.

After that it was all City.  On 70 minutes, Hernandez was through in the penalty area. Darikwa clearly had a hand on the Cuban’s shoulder but as Onel went to ground, the referee waved play on.

Then a good turn and pass by Cantwell played Rashica in to win a corner that somehow evaded everybody. On 73, a McCallum early cross was flicked by Pukki only for Amos to claim it.

Danel Sinani replaced the tiring Nunez and Josh Sargent replaced Rashica. This almost immediately bore fruit as Sargent dispossessed McClean and fed the ball to Pukki who once again was forced off the ball by Darikwa.

On 80 it was good work from Sargent again. Cantwell picked out Pukki but his curling effort smacked the crossbar, brushing Amos’ fingertips on the way past.

On 86, the most controversial moment of the match.

Hernandez made a good turn and pulled the ball back into the box. Aarons had the ball before a scything tackle from Naylor. His was foot off the ground, studs up.

Yes, he contacted the ball first but then caught Aarons mid shin. Any day of the week this was a straight red and a penalty. Quite how referee Donoghue waived play on is beyond me.

And like London buses, having waited 255 days to see the first Smith signing, on came the second in the shape of Gabrial Sara. Kenny McLean notionally moved to right back in place of Aarons but it was more like three at the back as City pressed for the win.

Ten minutes of added time were signalled, a testament to both the time spent on Giannoulis’ injury and the blatant time wasting by Wigan throughout the second half, although it took the referee until 96 minutes to book anyone for it.

Two minutes later Amos was penalized for the same offence… and then continued further to delay his kick.

And that was that. First points on the board.

Two years ago I remember writing something similar about incremental small steps in the right direction.  This was a world away from last week’s performance’ against Cardiff.

City created more, yet somehow failed to seriously challenge Amos on more than three or four occasions. I’m sure that if City find their rhythm and confidence, games like these will become three or four goal victories.

At the moment the final ball isn’t quite there. Nunez looked very good at times, neat and tidy. Sara looked good also in his brief cameo.

Rashica was frustrating. He promises so much yet delivers so little. He’ll get an assist for the ball rolled to Aarons but it was barely deserved. Hernandez offered much more muscularity and beat his defender at will. Some of his cutbacks nearly worked, like so many of City’s efforts.

Yet at the back, Gibson must be wondering which footballing god he has upset. Another error, another goal against, continuing his poor record at the end of the season.

Perhaps McLean could have been closer to start with, perhaps he should have moved towards the pass with greater conviction but either way, Gibson was the one made to look the fool and City were punished.

Much more convincing overall. Much more still to do!