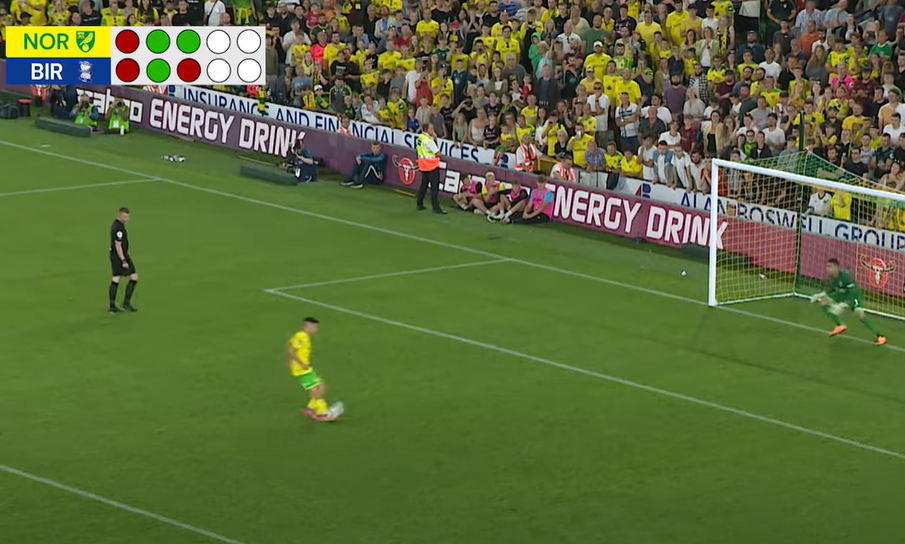 I didn’t attend last night’s game and so hadn’t planned on penning a thought piece on events at the Carra.

The fact there were no alternative ways of watching the action other than being there tends to render any comment I have on events even more futile than normal… and then Marcelino Ńuñez, in the penalty shoot-out, goes and scores with a bloody Panenka!

How am I supposed not to comment on that?

And it wasn’t just any old Panenka. It was the best version of said penalty I’ve seen since Antonín Panenka scored the original in the final of the 1976 European Championships.

Nothing, for obvious reasons, will beat the original but this was as close as you can get.

For those of you who have played the game and who’ve taken a pen under pressure, you’ll know what I mean when I say it takes one with gargantuan cojones to be able to dink that ball down the middle of the goal a la Ńuñez and Panenka.

You’re relying on the keeper gambling on diving way or the other and you making the right contact with the ball. There’s so much more that can go wrong when compared to picking your spot and putting your laces through it.

When it happens it’s a thing of beauty…

And when it goes wrong…

Wes Hoolahan tried and failed with one too as I recall… but Wes is excused because he’s Wes.

Even if we haven’t been brave enough to try one in a match situation or penalty shoot-out, most of us will have tried them in training or when playing ‘jumpers for goalposts’ footie.

That Master Ńuñez decided to hit it quite so deftly and, in fact, gave Neil Etheridge two bites of the cherry maybe suggests it was a closer call than he intended, but the pièce de résistance was the way he turned and headed for the halfway line and his teammates before the ball had even nestled in the net.

Of course, it wasn’t all about Ńuñez’s penalty and, putting aside some very Norwich City defending in the second half that allowed Birmingham back into the game, there were reportedly some very promising performances from Danel Sinani and Liam Gibbs – both of whom were successful in the shoot-out.

Some are suggesting that Gibbs is ready for a start in the Championship. If you were there, please let us know your thoughts.

Sinani too… should he be knocking on Dean Smith’s door?

That not too much has been said of Gabriel Sara tells me he, maybe, had a quiet night on his full debut, which is to be expected given he’s in a new country, is playing in a level of football that’s far more harum-scarum than he’s used to and is still some way off full match fitness.

The downside of the evening was obviously what sounded like a worrying injury to Sam McCallum – ironic given he looked set for a prolonged run – and that does present a problem to Smith that may only be solved by using Lungi Sørensen as an emergency left-back.

Then again, if from left-back Sørensen continues to curl them in from 25-yards, there are worse stop gaps out there. But let’s just hope McCallum’s injury is not as serious as it at first appeared.

Ultimately, injuries and dodgy defending aside, these games are all about getting in the hat for the next round and, however close the call, it was mission accomplished.

Kenny McLean’s miscue aside, they were a really good set of City pens and Angus made two really good saves – so job done.

Let us know your thoughts…