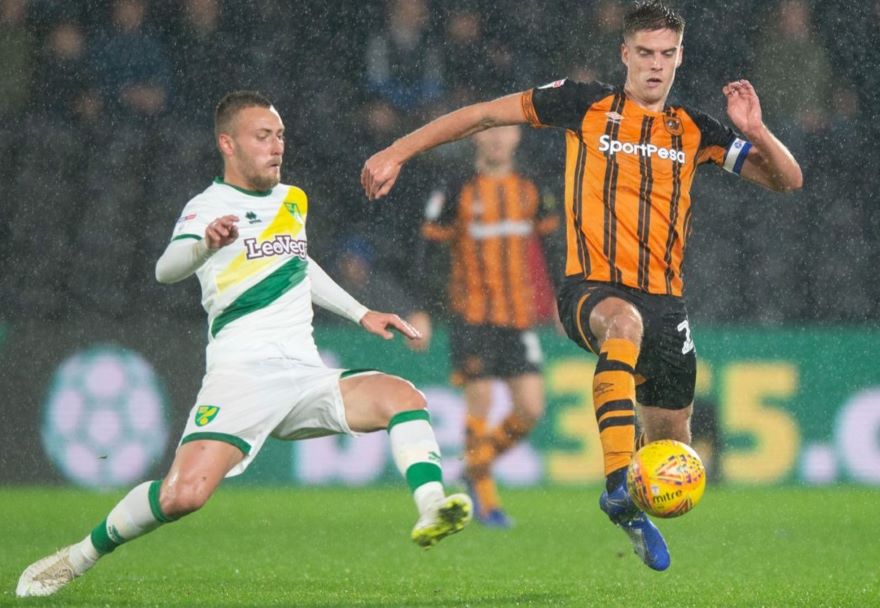 City are back in the Championship and it’s a very familiar fixture list that the Canaries face in 2022-23.

But this being football, there will be a few new(ish) faces and, as such, an opportunity for a brief return of ‘We Meet Again’, the series that looks back at the history between Norwich City and our upcoming opponents.

This is one to appeal to the nostalgic side in us, so enjoy the memories…

For years Hull City wore the label of the largest city never to have hosted top-flight football (for the record that ‘honour’ now goes to Plymouth).

That was until a Dean Windass volley in the 2008 play-off final ended 104 years of hurt – the same Dean Windass that Martin O’Neil tried so hard to sign back in autumn 1995, with the failure to do so forcing the popular Irishman to walk.

The first meeting was back in the Second Division, Norwich’s first time at that level. The game on 19 April 1934 ending 3-0 in Norwich’s favour. The following season a Norwich win and draw contributed towards the Humbersiders’ relegation.

There was a solitary season together in Division Three in 1958-59 (the only season we have shared in the third tier).

It was an iconic year in City’s history thanks to that legendary FA cup run but while we may have beaten Manchester United, Spurs and Sheffield United, we couldn’t beat Hull losing 1-0 at home and drawing 3-3 away – the draw coming just 10 days after our heartbreaking loss to Luton Town in the FA Cup semi-final.

1959 was also a memorable season for Hull as they sealed promotion back to Division Two.

Hull were a decent side in the late 1960s early 1970s. They almost won promotion to the First Division doubling Norwich in the 1970-71 season as the Tigers finished fifth (no play-offs in those days).

The next season it was Norwich’s turn to challenge for promotion, Ron Saunders boys going one better as they romped to the title.

That monumental 1971-72 season included a first, and to date only, FA Cup tie between Norwich and Hull. Hull surprisingly won 3-0 at Carrow Road, although in the wider context it proved a sacrifice worth making as the Canaries’ early cup exit allowed us to focus on the league.

Norwich would lose just four in 17 after that cup defeat, a run that included a 2-0 win over Hull in the league game at Carrow Road.

We met again in the cup the following year. This time it was the League Cup and this time it was a Norwich victory. It was in the early rounds and became part of a cup run that concluded in a first-ever trip to Wembley – Norwich losing the League final to Tottenham 1-0.

Over the next 30 years, we would find ourselves in the same league just once – in 1985-86. It was another championship-winning season for the Canaries although there was an end-of-season defeat at the old Boothferry Park that would delay the promotion party for a further week.

Hull themselves finished an impressive sixth but, sorry lads, again there was no play-off lottery to provide the Tigers with a second shot at promotion.

Hull eventually achieved their dream in 2008, playing top-flight football in the 2008-09 season for the first time in the club’s history. We have only met them twice in the Premier League, the first at the KC Stadium on 24 August 2013 was a disappointing 1-0 defeat after Hull had played most of the game with 10 men.

That game was the first away game of the 2013-14 season, with record signing striker Ricky Van Wolfswinkel looking to build on his goal-scoring debut the week before.

Would a goal have changed Wolfswinkels’ season? Unlikely under the defensive-minded Hughton. It was a gamble that failed with the Canaries ending the season back in the Championship.

Hull themselves were soon a Championship side with the last meeting between the two a memorable night under the Carrow Road floodlights. 13 March 2019 was a particular highlight in a season full of them.

Carrow Road was buzzing from the beginning as Daniel Farke’s new contract was announced (football’s a fickle sport!) and City flew into a two-goal lead. The game was a cracker, including a sublime bit of skill from Argentine wizard Emi Buendia whose touch set Pukki away before Buendia finished from a tight angle.

There was even a consolation goal from city old boy, Chris Martin to top of the evening.

If you’re interested in listening to Allan and his mate Val Tolhurst talk through City vs Hull encounters of yesteryear, then ‘Al and Val’s We Meet Again’ podcasts can be heard on Spotify…