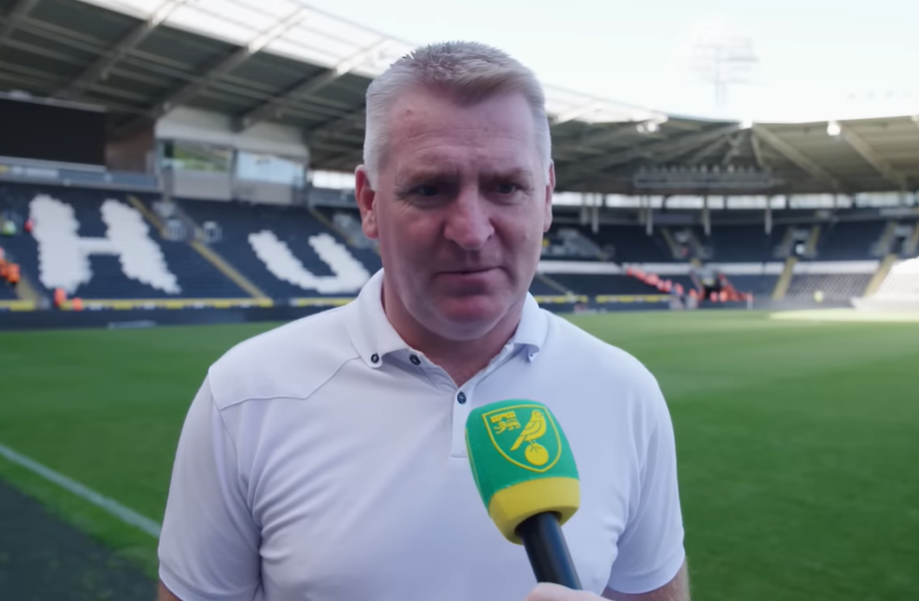 Before going to bed on Saturday night I ended the day in my traditional manner by looking at all four league tables in descending order.

Nothing intrinsically new there of course. But lurking in the background were a couple of things we haven’t seen in many a moon.

Everybody who doesn’t live in Cheshire or London will have enjoyed a snide giggle at Man U propping up the Prem. Particularly those who, like me, had seen the highlights of Brentford 4, Manchester United 0.

Scrolling down the inevitable appeared: Norwich City are bottom of the EFL Championship. One further move shows that Ipswich Town [remember them?] are top of EFL League One. And that’s got to hurt, hasn’t it?

But these guys knew because they cared and they understood. Not being born or bred, I only feel about 90 per cent of it but thoughts of the Binners leapfrogging us does absolutely nothing for me.

Maybe I’m wrong here, but I would bet that Dean Smith’s idea of an important local derby involves Villa against Birmingham or Wolves and maybe WBA at a push. If he has made attempts to get into what makes Norfolk tick, he must have done it pretty much under the radar as I’ve seen no evidence of it.

Many a pundit on the NCFC media circuit has suggested that the only player Smith and Shakespeare have actually improved in their 10 months here has been Todd Cantwell – and I venture to refute even that.

Being keen to get away when nobody really wants to buy you is not that easy. TC toddled off to Bournemouth on loan but they declared they didn’t want him permanently. With no offers coming in [that we know of] Cantwell had little choice but to knuckle down at Colney and attempt to get to the end of the season with us to run down his contract before leaving on a free in June.

What a waste of what was at one-time a very serious talent.

I’m not getting into the great Kenny McLean debate but why Smith persists with Milot Rashica is beyond me. He serves as the perfect example of something a mate told me Mark Rivers said on Radio Norfolk on Saturday:

“Everyone knows we run out of ideas after 20 minutes”.

If Josh Sargent is a striker then so is next door’s cat but again Smith persists with him, mainly from the bench of course.

Up front, we have an ageing and increasingly frustrated Teemu Pukki, Jordan Hugill who didn’t even make Saturday’s bench and Adam Idah who through no fault of his own struggles to keep fit. If Dean Smith is worried about this, I’ve seen no sign of it.

Defensively we have Max Aarons, who could even now still be sold, Grant Hanley, Andrew Omobamidele and Lungi Sorensen – or we did have until he turned his ankle at the MKM on Saturday with McLean drawn in to deputise for the last half an hour.

We have the currently-hapless Ben Gibson and injury-prone Sam Byram as well of course. We won’t see Dimi Giannoulis until November or Sam McCallum until Christmas but it seemed fine at the time to loan out Bali Mumba to Plymouth and Saxon Earley to Stevenage.

Previously, and to my mind unbelievably, Smith has said he is happy with this ridiculous situation.

Maybe the *curse of the Norwich City Left Back* has stung him into action as he said yesterday:

“Unfortunately it looks like a curse. We are losing a left-back a game. I don’t remember anything like it as a coach, certainly not to the same position. It is a concern because we have to rectify it. We probably do have to look in the market now“.

The way I see it this week is crucial for the increasingly unpopular Smith and Shakespeare.

As Gary and several commentators said yesterday, Norfolk might be slow to turn but when it does it does it properly.

From my seat in the Barclay, NCFC is in danger of stagnation at best – an institution where failure can seem totally acceptable.

Take a look at the body language of the players, particularly after they have conceded the inevitable first goal, and then look across to the silent duo in the technical area with their hands in their pockets.

Uninspiring for the players and bordering on the mildly offensive to the supporters.

Anything less than four points from tomorrow and Friday and it should be a case of “thanks Dean and goodbye” although even then that is unlikely to happen as City don’t like paying any form of compensation as a particular club in South Wales will know all too well.

Posse member Bernie Owen suggested a musical piece to leave you with by Neil Young but conscious of the laws of blasphemy I’m going to fight shy of it. Great idea though Bernie 🙂

I think this applies to everyone in the upper echelons at NCFC almost equally: