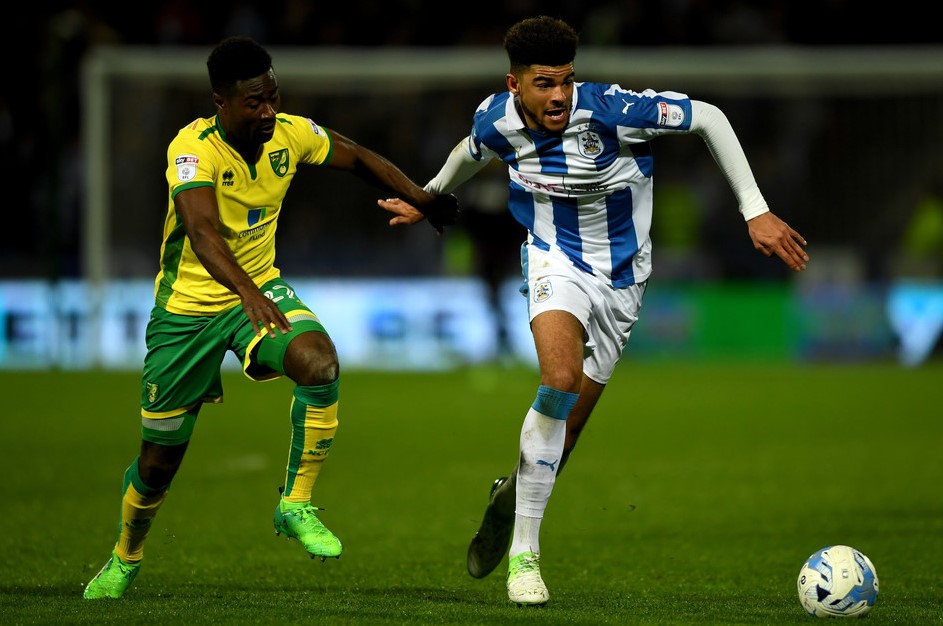 The Premier League dream is over… again. City find themselves back in the familiar terrain of the Championship and a new fixture list full of old friends and foes.

In ‘We Meet Again’ we look back at previous clashes between Norwich City and our upcoming Championship opponents.

Big games, historic matches, significant milestones, and player connections. We’ll delve into moments in time when our respective clubs have met, looking at trends, quirks, and key talking points, all of which have helped contribute to Norwich’s rich and colourful history.

Remember when Huddersfield were the dominant force in English football – the Liverpool or Manchester City of the day?

No. Not surprising as it was shy on a century now when the Terriers completed a unique treble winning the First Division Championship in three consecutive seasons. Under the astute management of Herbert Chapman, Huddersfield were Champions in 1923-24, 1924-25, and 1925-26, and runners-up the following two seasons – a feat, I believe, that has only been matched by Arsenal and Manchester United.

While Huddersfield were winning titles, City were way down the football pyramid finishing 11th, 12th, and 16th in the old Division Three South.

The first meeting between the two came many years later in the 1960-61 season, Norwich winning 2-0 in the Division Two fixture.

Those first run of games in the old Second Division produced an unusual sequence of results. After that victory in the first meeting, Norwich failed to beat Huddersfield in the next seven home games, finally ending that run with a 1-0 win on 7 April 1969.

However away from home, there was a reversal in fortunes, with Norwich unbeaten in their first seven trips to Yorkshire before eventually losing on the eighth visit 2-0. In fact, Norwich’s first six trips to the old Leeds Road ground all ended in draws.

Huddersfield were promoted at the end of 1969-70 but were relegated that same season, while Norwich were promoted in 1971-72. [The same occurred in 2018-19 and, therefore, the two have never met in the top flight].

Over the next 25 years, we found ourselves in the same league just once – Division Two in 1985-86. A memorable campaign for the Canaries who won the title in style. There was a routine 4-1 win over Huddersfield on 12 March 1986. We had lost the previous home game against Wimbledon, so it was an important win to get our promotion back on track.

Despite said promotion, we did actually play two games the following season. Both came in our only pairing in the FA Cup; Huddersfield earning a replay after a surprise draw at Carrow Road only for league placings to show in the replay with City going through to the fourth round, winning 4-2.

When we next returned to Huddersfield, it was to the brand new McAlpine Stadium. However, it was not a happy debut, Norwich losing 3-2 in Division One (now the Championship).

With both clubs back competing in the second tier, Norwich enjoyed four consecutive home wins. The pick of the bunch came on 13 April 1998, City winning 5-0 -an emphatic and important win with Norwich hovering over the bottom three. That win was our first in 14 league games and proved to be enough to secure City’s place in the division (at Man City’s expense!).

Scoring a double that day was Norwich’s all-time third-highest goal-scorer, Iwan Roberts. He had struggled in his debut season and his brace against Huddersfield proved vital for confidence as he kicked on the following season. Huddersfield was the club where Iwan made his name – a tally of 50 in 142 games for the Terriers earned him his break in the Premier League with Leicester City.

Talking of player connections, another Hall of Famer signed from Huddersfield was goalkeeper Sandy Kennon. Kennon came into the 59’s cup side and made the number one position his own, including the promotion success in 1959-60, and was a regular in the Second Division until relinquishing the jersey to City’s record appearance holder, Kevin Keelan.

The 2009-10 season was the only time Norwich and Huddersfield have played each other outside of the second tier, with City doubling their opponents during that successful League One campaign.

The 3-1 away win on 13 March 2010 felt particularly big, coming at the home of one of our main challengers (it would end up being Huddersfield’s only home defeat that season). There were two goals scored by Stephen Elliot (his only Norwich goals during a brief loan spell) while the Huddersfield side included Jordan Rhodes and Anthony Pilkington, both would later become popular players at Carrow Road.

The next clash would come four years later (both teams back in the second tier). It was a pre-Christmas party helped by the combination of a 5-0 home win but, more importantly, welcoming back home the ever-popular striker Grant Holt on his first return to Carrow Road since leaving the club.

Five-nil and a hero returns – one of those perfect footballing days, although it looked odd seeing the Norwich goal-scoring machine at Carrow Road in a blue and white jersey.

Since Grant Holt day, there have been five meetings between the two teams – two wins each and a draw – with the most recent being in April 2021, during the run-in to our 2020-21 Championship winning campaign, when City won 7-0.

In the centre of the Terriers’ defence that night was one Richard Keogh – formerly of Derby County and the Republic of Ireland – who, on the night, resembled a competition winner rather than an international centre-back.

Whatever happened to him?

Don’t forget, the lads – Allan and his mate Val Tolhurst – have also done a series of ‘We Meet Again…’ podcasts, the *first* episode of which was… Huddersfield Town. The links are below.