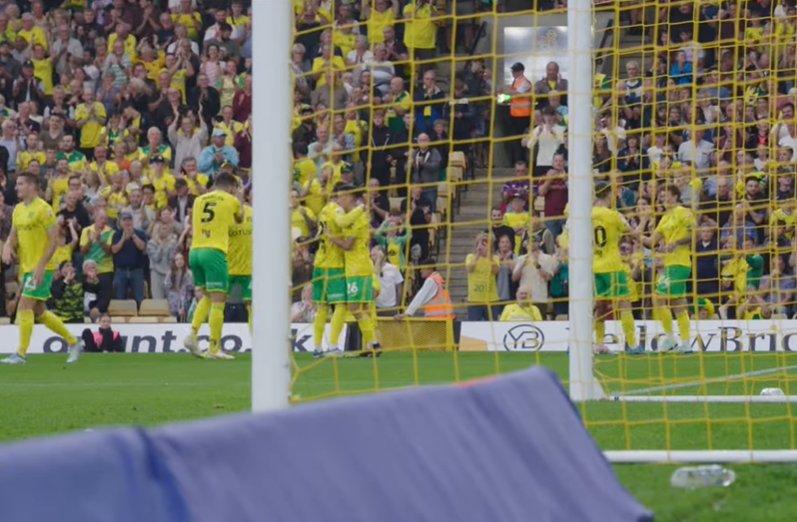 After City’s first win of the season against Huddersfield Town on Tuesday evening I am happy to reaffirm that football is indeed a funny old game.

For a considerable amount of the contest, City looked far more cohesive than of late and although it’s hard for me to pinpoint exactly why, there were certainly a few clues out there on the pitch.

It should be referenced that the selection of Danel Sinani over Milot Rashica looked a very positive move from Dean Smith and it cannot have gone unnoticed that Kieran Dowell had his best game in a yellow shirt for quite some time.

Add in the performance of young Liam Gibbs and some nice touches from everyone’s favourite Chilean, Marcelino Nunez, and possibly for the first time this season we showed some real evidence that the current crop are capable of playing together as a team.

The defence-splitting through balls were back, particularly from Sinani but, equally, we must not detract from Dowell or Todd Cantwell in this respect. Some of these precision passes were a joy to watch, as in the one from Sinani to Josh Sargent who was shoved to the ground just as he had gained control of the ball and was clean through on Lee Nicholls’ goal, culminating in a straight red for Tom Lees.

Sargent’s presence gave us an aerial outlet and he was also the focal point for a couple of decent crosses as well. He looked really happy playing through the middle as more or less an out-and-out #9, which leads me to recall Andy Head’s piece of last week in which he questioned whether Teemu Pukki was part of the problem or part of the solution.

Given that the foxy Finn is expected to be fit tomorrow evening the subsequent team selection will be very interesting indeed.

Huddersfield fans online were bemoaning that everybody knows to target their young left-back Josh Ruffels and, if so, Dean Smith bought into the idea as well – and talking of left-backs, how did the Mayor work out?

Not too badly really, but our constantly pointing Kenny McLean cannot be the answer on a regular basis and that’s for sure. A pal said after the game that a least he couldn’t keep passing backwards as there was nobody behind him!

This makes me hopeful that the loan offer we have apparently put in for Guinea-Bissau Metz defender Fali Cande is genuine. The original source doesn’t seem too reliable but our Connor is running with it too in the Pink Un so let’s hope this one works out.

Something tells me that our Onel Hernandez [as bright as always when he came on] may have faced him in the CONCACAF.

Gary made me laugh yesterday when he wrote that Grant Hanley was so twisted in and out by young Huddersfield flyer Pat Jones for what was luckily only a late consolation goal that he was last seen on the A146 late last night.

I can update that as I swear I saw him looking very disorientated on the Cromer Road at Trimingham yesterday morning.

In all seriousness though, particularly as he was facing the ball and not the last man, why on earth didn’t Hanley do a Tom Lees? It surely would have been better than letting the lad get his shot away to score.

Anyway, what’s did is did, and let’s be grateful for the three points we deserved and took us out of the relegation zone.

As for those of you who suggested our Marcelino might become a bit of a cult hero around these parts I can’t help but think you may have a point as he was pictured alone long after the final whistle parading a Yellow and Green flag near the dugouts.

We may still be in a bit of a jam, but, hopefully, Tuesday evening will provide some kind of start: