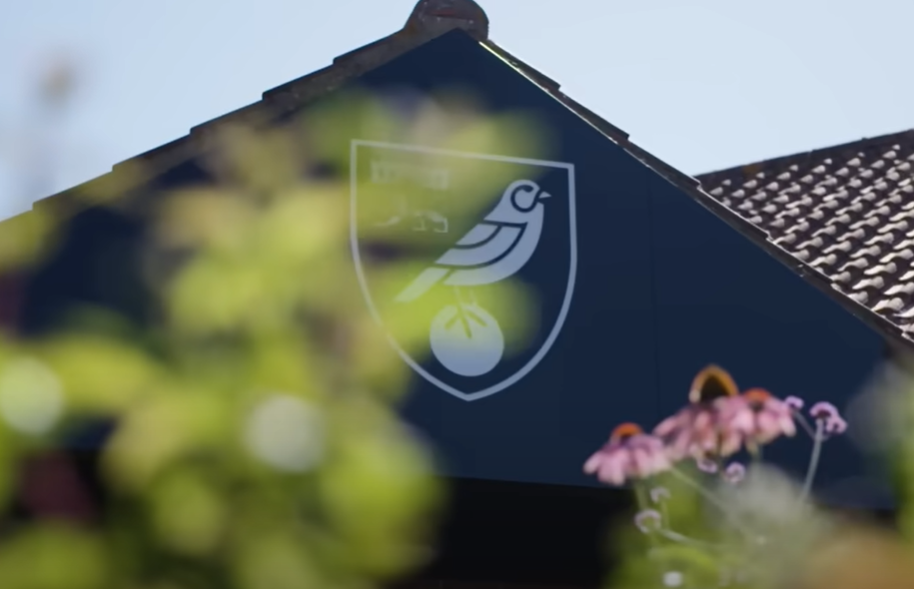 The academy fixtures are now underway, for both the U18sand U21s. Both age groups had successful weeks, with the U18s winning their season opener against West Brom, in the Midlands, while the U21s contained Leeds to get a useful point away from home.

Here is what we learned this week…

U18s make a promising start to the season

It was no secret that the U18s had a difficult campaign last season as they finished bottom of the U18 Premier League South. Only 20 goals were scored, and 78 were conceded, meaning it was apparent that Norwich U18s lacked quality in both boxes.

However, this season is different. A blend of new scholars, as well as experienced heads at U18s level, make City a more dynamic side. Finley Welch, Alex Matos, Ken Aboh and Osman Foyo remain the senior players for the U18s side, with Welch leading the team this season.

There is a vast amount of talent amongst the new scholars, as there are international youth caps among them. Players such as Waylon Renecke (England), Alex Roberts (Wales), and Benjy McCabe (Wales) have all represented their countries recently.

The inexperience of some of these scholars could also work as an advantage because it alleviates the losing mentality from last year. It’s an annual occurrence that academy squads get changed, due to the simple fact players get older, meaning they move to the U21s.

It was pivotal that the U18s picked up a win on opening day, as it gave belief to the team and confirmed they are able to compete. Not only did they win, but they also came from behind to win, which shows a fighting spirit. Two of the players that scored – Osman Foyo and Ken Aboh – were involved in that difficult 2021-22 season, so it will be a relief for them to start the season on a brighter note.

It will be a huge statement of intent if the U18s can build on their win against West Brom and start picking up more eye-catching results, starting with Brighton on Saturday.

A fine performance from Warner

This will be the third season that Jaden Warner will play at U21s level. After producing fine performances in the 2021/22 campaign, Warner finds himself as the new captain of the U21s side.

He played a huge proportion of minutes last season – 2486 in fact – and one of the most impressive stats, regarding Jaden last season was that the U23s failed to get a clean sheet without him. This highlights the importance of continuity in the back line, as Tomkinson and Warner were the two regular centre-backs last season.

Moreover, Warner has the ability to play left centre-back as well as right centre-back, which offers flexibility. With the first team emergence of Tomkinson, Warner will get the opportunity to play on his favoured right side.

He has always been a confident ball-playing defender with the ability to switch the play from deep areas, but his defensive work is really improving.

During the Leeds game on Monday, he was used at left centre-back and right centre-back, meaning he had to adapt positionally. It’s beneficial for Warner to have those experiences, as scenarios like that could arise at first team level.

He also seemed to relish the responsibility against Leeds, and was given the captain armband at half-time when Tomkinson was substituted.

Jaden was challenged with getting touch-tight to the opposition striker, Mateo Joseph, who has been in scintillating form, meaning it was important to block the small spaces for him to operate in. Warner had great success doing this, and made numerous interventions to stop the Leeds attackers having shots on goal.

In addition, Warner’s positional play got tested. Leeds are a dynamic U21 side, with many dangerous options going forward, so it posed tactical challenges for the Canaries.

One of the dynamic Leeds attackers was Crysenco Summerville, a promising player who just signed a long-term contract with them. One of the problems he caused City’s defence, was his success rate at overcoming one-on-one battles.

Summerville constantly had the beating of Norwich’s full-backs, which meant the centre-backs had to cover the space. Due to Jaden’s speed and awareness, he managed to nullify the likes of Summerville by successfully coming across and winning the ball back.

While those scenarios have an element of risk, it demonstrates his personality by wanting to be aggressive, and wanting to win the ball back.

Riley shows his combative side

It’s been a frustrating time for Regan Riley at Norwich so far, but there are positive signs.

His performance on Monday was encouraging, despite him taking time to grow into the game. Moreover, context needs to be added to this Leeds game as Riley was competing against Premier League midfielders, Mateusz Klich & Adam Forshaw, which demonstrates a high level of performance.

Leeds dominated the game from a possession perspective, meaning the U21s had to hold a resolute shape. It takes huge levels of concentration to retain a compact and disciplined structure – especially as a central midfielder player.

Riley’s discipline, alongside his decision-making, was impressive on Monday. It’s important for midfielders to judge the right times to be aggressive and to intercept the ball, while at times maintaining the defensive shape. Regan did this brilliantly.

He is a combative midfielder, with high energy levels to cover huge spaces on the pitch. This was demonstrated on Monday, as he drove the ball forward bravely – ensuring he took pressure off his defence.

Riley was impressive against Leeds, but it’s vital he continues this throughout the entire season.

Individual quality from Springett and Abu

It was always going to be a challenge, heading to promotion rivals, Leeds, away from home. Therefore, it was imperative to take your chances.

The U23s were the highest league scorers last season, indicating the attacking talent amongst the academy. On Monday, it was the partnership of Abu Kamara and Tony Springett. Springett was the provider, while Abu Kamara scored a brace.

It was even more impressive from Springett’s perspective, as it was his first game back from injury. He looked sharp, demonstrating his hunger to be back among the first-team reckoning.

The first goal was lovely wing play from Springett – a through ball was presented to him, he then played on the half turn, and drilled a ball across for Kamara to tap home.

The second goal was wonderful; the touch, and the weight of the pass was perfect for Kamara, and he found the top left corner elegantly.

It’s no coincidence that Kamara is already impressing this early on in the season – he is a natural goalscorer. One of Abu’s biggest attributes is his composure, in the attacking third – he always makes good decisions.

If Abu Kamara has a similar goal-scoring season, then first-team football will be around the corner for him.

The 4-4-2 system deployed against Leeds was different from last season’s formula when the U23s operated in a 4-1-2-1-2 shape.

There is currently an abundance of attacking options in the U21s setup, so it’s hard to pinpoint the longevity of that formation but for now, it works nicely. Kamara and Springett were deployed as the wide midfielders, while Tom Dickson-Peters and Tyrese Omotoye led the line.

Those attacking four all provide something different, which is encouraging for the season ahead. To counteract that, it’ll be interesting to see how many of those four will be here, come 1st September.

Although 4-4-2 provides attacking intent, it needs to be managed carefully defensively – especially at youth level.

A 4-4-2 can leave midfielders vulnerable and this was the case on Monday as Leeds played an extra man in the midfield. This is what made Riley’s and Harry Brooke’s performances outstanding – they were constantly overloaded.

The U23s played in a heavily attacking formation last season and reaped huge rewards from it. It also puts the defenders at strain sometimes, which is positive for their development.

This weekend the U18s face a tricky test on Saturday morning, as Brighton come to Colney, while the U21s are in action against Newcastle, also at Colney, on Sunday.