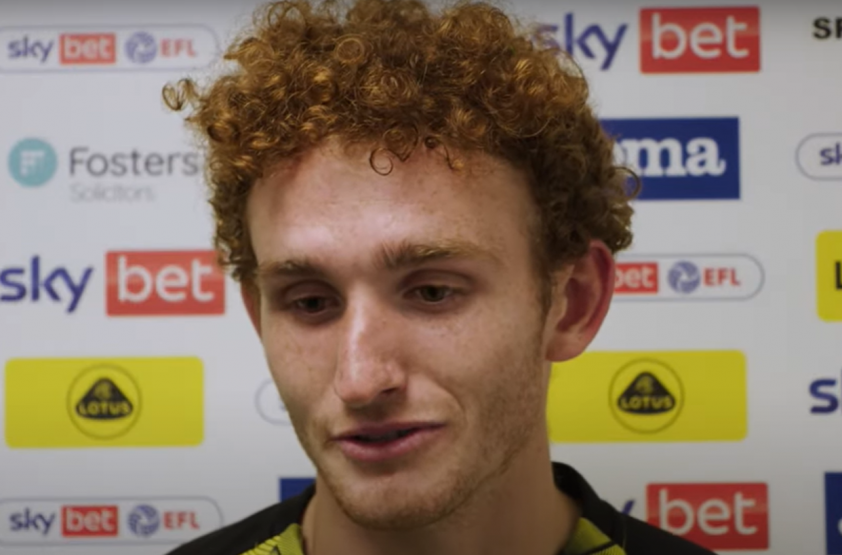 So, this week has been a bit good for Norwich City hasn’t it?

The arrival of Mark Attanasio looks imminent, we’ve won two games in the space of three days, Dean Smith’s style of football has finally become recognisable, we’ve kept our first clean sheet, and gone from the bottom of the league to fifth.

But it has been even better for one man from Missouri, in particular. You’ve already seen the title – I can only be talking about Josh Sargent.

Much like Gary said in his piece this morning, I too owe our newfound talisman an apology.

I have always praised the work rate and desire Sargent has displayed in the majority of his performances but never dreamt of him scoring three goals in the space of two games, let alone against two sides who finished in the top 10 of the Championship last season.

So I’ll gladly hold my hands up and apologise. It now means, however, I have my yellow-tinted glasses on and I’m dreaming of a golden boot with his name on it.

So, how has he become the answer that no one expected in a season that started with so many problems?

Let’s go through his fantastic week.

The one against Huddersfield is not too far off his thumping header against Watford last season. In both cases, he gets himself in a great position behind the defender and gets a fantastic leap to guide his effort into the bottom corner.

It also helped that the delivery from Danel Sinani was perfect with just the right amount of height. The same can be said for Milot Rashica’s cross in that Watford game.

Considering how frequently we like to move the ball out wide on the right-hand side between Max Aarons and Sinani, it was probably about time that we scored from a cross. It was a real striker’s goal – exactly what he was brought in to do.

Again, I’ll refer back to Gary’s piece – he said: “He (Sargent) was purchased as an out-and-out striker, has always played as one and so, lo and behold, when we play him there he looks a different player.”

Then we move on to Friday night under the Carrow Road lights. The boy was untouchable once that second half began.

Again, he and Sinani combined after some intricate passing alongside Kieran Dowell – something reminiscent of the football Daniel Farke had us playing.

The through ball from the Luxembourg international was, again, perfect and Sargent’s first touch to take it just out of reach for the defender allowed him to rifle it home beyond the ‘keeper and send the Barclay wild.

While I’m on the topic of the Barclay End – that was the loudest and most vibrant I’ve heard it in a long time. I’ve had my season ticket there for four seasons now and there are very few games I can think of that matched the atmosphere last night.

I’m still singing “Millwall get battered everywhere they go” while writing this.

But let’s talk about that second goal. My favourite of the three he’s scored this week, just because of how effing hard he worked to make sure he got it and the composure and confidence he displayed to tuck it away – something which he’s lacked badly before these last two games.

Now he’s got it, he looks so different from the man who missed an open goal against Brighton nearly a year ago.

After the big hoof from Big Andy reaches him, there was no way he was letting the two Millwall players get that ball of him. After one of them falls to the floor and causes the coaching staff to throw their toys out of the pram, Dowell returns the pass with a lovely through ball.

I have to point out, Sarge must have been bulking in the gym. He looks bigger and certainly has more strength – something which is a huge aspect in the Championship given the number of teams with big defenders who thrive on kicking attackers up in the air.

He displayed great strength, something that Teemu Pukki lacks and I think is a key element to Smith and Shakespeare’s style of play.

I won’t lie, at that exact point when Sarge was one-on-one, I screamed for him to play it across to Sinani. I thought it was the safer option quite frankly because I thought, given his track record, he would miss.

But that ball was only going one place, and that was the back of the net.

Sargent didn’t even break his stride when that return pass got to him, and he resembled a player with his confidence through the roof, which, as any football fan will tell you, is the key element for putting in good performances.

It was a great finish, neatly tucked away into the bottom corner.

Cue Carow Road bedlam, a Millwall meltdown, and me saluting back to Sarge while standing on the back of the two seats in front of me.

It’s now clear that Sargent was the answer to our attacking problems. Just no one expected it.

When you look at the way Dean Smith has wanted to play since he arrived, we’ve commonly gone out wide and looked for the crossing option, but given how Pukki lacks height and strength, it didn’t work.

Even with Sargent’s newfound goalscoring threat, will this week just be a flash in the pan like the Watford performance, or will he crack on and add plenty more to his growing tally?

We’ll have to wait and see over these next few weeks.