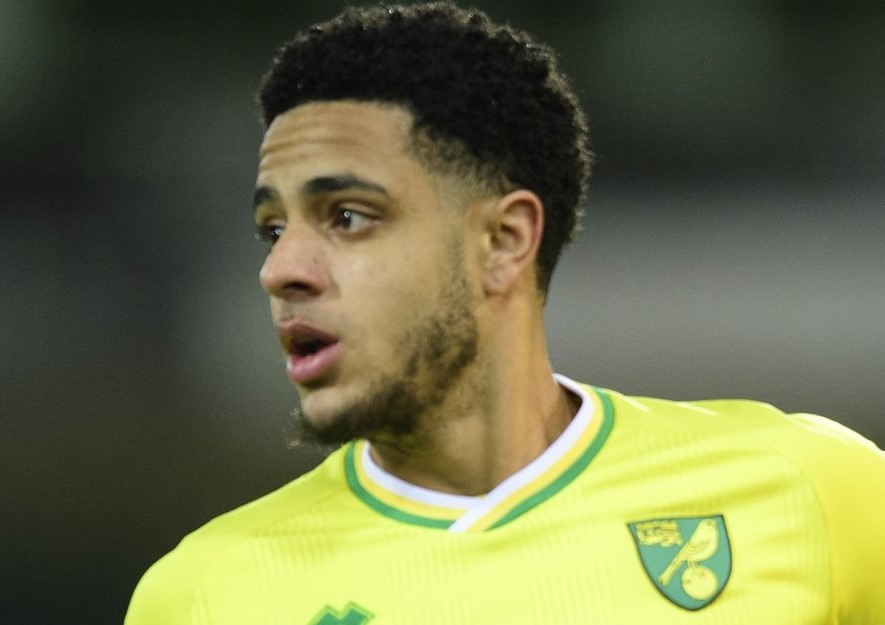 City made it back-to-back wins with another dominant performance and some real quality from Josh Sargent to seal a fantastic week.

Millwall were stubborn opponents and have started well this season. They looked like a potential banana skin, but Norwich were in control from the beginning and Dean Smith was pleased with both his side’s performance and the result.

The blueprint has been well established already in City’s opening fixtures – they will have most of the ball and territory, while their opponents will look to limit space and force them into areas in which they can’t threaten.

This game followed a similar pattern with a slight tweak from Millwall in terms of how they looked to limit Norwich. This resulted in a game that started slowly as we took time to work out how to break down a solid defence.

But City’s renewed tempo in the second half meant they got the two goals and were then able to see the game out comfortably.

The themes I’ve centred this piece around are how the Lions looked to limit Norwich, the difficulties this imposed, the qualitative and numerical advantages that were not utilised due enough, and then, finally, the imperious Andrew Omabamidele and the essential nature of his skillset in the system Norwich are using.

In the three previous games, Norwich had been challenged to break down a low block. Our opponents looked to drop deep into their own third, limit any possible space in and around their box and force low-quality shots.

Millwall took a similarly conservative approach but did it in a slightly different way. As can be seen in the Lions’ average position map, they engaged Norwich much earlier and look to defend in more of a midblock.

They did this by playing a narrow 5-3-2 in defence that had the wing backs looking to be conservative and two defensive midfielders with a more aggressive press.

This was effective in disrupting City’s build-up phase, limiting a lot of their possessions at source. This meant Norwich were unable to penetrate as easily as in previous weeks. It did however offer space in behind that previously didn’t exist.

This was the thinking behind the Onel Hernandez inclusion as stated by Dean Smith in the post-match presser. I’ll come back to this later in the piece, but I felt Hernandez had a poor game.

Another factor that differed in Millwall’s defensive approach was the amount of pressure they put City under in the build-up phase.

A key element of Gary Rowett’s side effectiveness is forcing transitions in the middle third through aggressive pressing, and they did it successfully on Friday as can be seen below in PPDA numbers.

This posed a different problem for City, which they struggled with in the first half. Then, when Millwall tired and the pitch opened up a bit – which can be seen from the 31st min to the 61st – was when Norwich were at their most effective and won the game.

The overwhelming feeling at halftime was that we had rarely troubled Millwall. While I agreed with the sentiment, I thought Millwall were playing effectively, but we were consistently getting into positions that could hurt them only to then make poor decisions.

The two ways to create in football are to get players into positions where they either have a qualitative advantage (an advantage such as an explosive player against a slower defender 1 vs 1) or a numerical one, where you have more players in a scenario that allows you to create space to exploit.

City did this frequently but would then make such poor decisions that let Millwall off the hook.

As stated earlier, I felt Hernandez had a poor game. He would frequently be an example of the qualitative advantage City would often have when isolated 1 vs 1 against a fullback in good areas.

An example of this is shown below.

Too often he would make the wrong choice when in these positions. This also had a big effect on the overall tempo of the attack as he would slow it down and then lose the ball.

An example of the sort of numerical advantage we would often find ourselves in can be seen below.

We would often find ourselves in a 3 vs 2 but too often however players would go to take low-quality shots from poor areas, losing any potential advantage.

Therefore, to assert ourselves offensively, which we have the potential to do with the quality we possess, they must make better decisions and move the ball quicker.

The tempo improved in the first half of the second period and this won the game for City. The potential is there, and the real promising signs are the number of times we found these qualitative and numerical advantages – the next step is using them better.

Finally, I wanted to put on record how phenomenal I thought Omabamidele was and how I feel he already is an essential part of this Norwich side.

The tactics are well established now and to press high and pin teams in you need defenders that defend 1 vs 1 well and are able to occupy a lot of space. Omabamidele was incredible in this regard and Grant Hanley also impressed me in how he dealt with Benik Afobe.

The duel wins % as shown below shows pleasing reading as our centre-back duo were effective in their work winning most duels.

Omabamidele’s physicality alongside his intelligence and composure means he is incredibly successful at defending in these scenarios. Eleven interceptions are quite frankly absurd, and it wasn’t just his defensive work that really impressed.

He was also assured on the ball and in bringing it out of defence. He has quickly become the key cog of this Norwich defence and has an incredibly high ceiling. I think it’s best to enjoy him while we can.

To conclude, a great result against a side I believe will be in the top half of the championship come the end. Norwich continued to show the dominance they have had in most Championship games so far and were able to produce some moments of quality to win.

The performance was pleasing in some regards and frustrating in others – the decision-making must improve but as the confidence starts to flow, I believe this will come.

As stated, there as well as some really pleasing individual performances, especially Omabamidele. He is imperative in this system due to the amount of space our centre-backs are asked to defend.

This is particularly the case with Liam Gibbs in the defensive midfield position. Even though I thought he had an excellent game, he will continue to struggle defensively with the space he’s asked to cover but I thought he dealt with this problem in a much smarter way with better positioning.

Overall, a pleasing night and the mood in the place is much better now. Long may it continue!