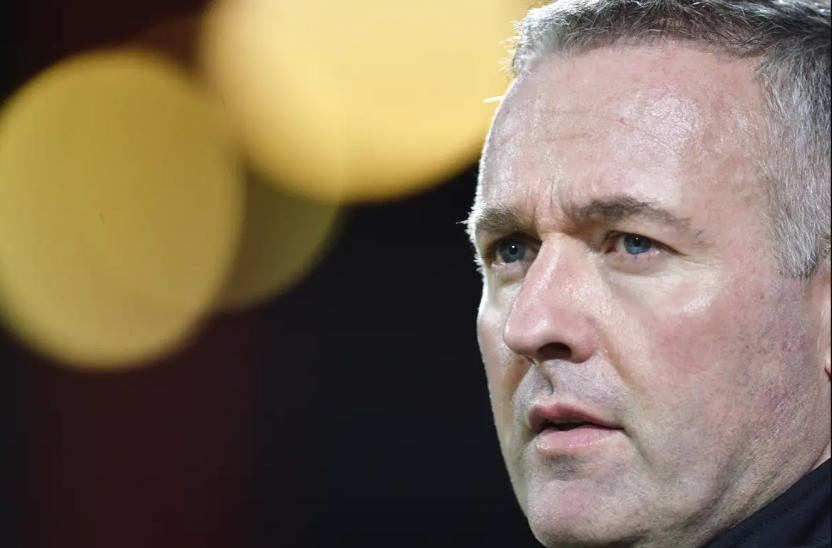 Paul Lambert could very easily not have been a football manager.

Not for very long anyway.

After he left Celtic in 2005, Lambert, then still only 35, took time out to study for his coaching qualifications, applying himself to both the practical and theoretical side of the course with all the forensic levels of diligence that those who knew him were already familiar with.

Even before he had officially retired as a Celtic player at the end of the 2004-05 season, John Ruddy, the media liaison manager of Clyde, confirmed that his club had approached Lambert with the view of appointing him as their manager for the 2005-06 season.

Interest in Lambert’s services had also come from Ross County, whose incumbent manager Alex Smith had publicly named Lambert as his ideal successor as well as Dunfermline Athletic, who’d gone one step further by approaching Gordon Smith, Lambert’s agent, in order to ascertain how interested he might be in taking over at East End Park.

Unfortunately for all three clubs, their interest came too soon. Lambert, through Smith, made it clear that his priority at the time was playing for Celtic and that he wouldn’t entertain any offers, speculative or otherwise, until the season had ended.

Lambert had, by then, already turned down a similar request by Inverness Caledonian Thistle Director of Football Graham Bennett who confirmed, that November, that he’d approached Celtic in order to seek permission to speak to Lambert about their own managerial vacancy, only for Lambert to dismiss their interest out of hand.

This prompted then Celtic manager Martin O’Neill to say, “I spoke with Paul and the conversation lasted for about fifteen seconds for a number of reasons. Paul is in the final year of his contract and even though he is not playing at the minute I think he sees himself playing a part for us”.

He was a man in demand. But given what he had achieved in his playing career, that was hardly surprising.

Playing success had come to Lambert late on in his career. After three seasons with Motherwell, he’d left the club as a free agent in 1996, going on to sign, much to the surprise of many, for Borussia Dortmund in the Bundesliga.

A surprise to everyone, except Paul Lambert.

He’d gone there for a UEFA Cup tie with Motherwell and, upon his first sight of their impressive Westfalenstadion,  Lambert turned to teammate Billy Davies and said, “Can you imagine what it would be like playing here every week?”

From that moment on, Lambert saw himself wearing either the yellow shirt of Borussia Dortmund or an equally big name club and drove himself onto achieving great things, enough, as he saw it, to make one of Europe’s leading clubs want to sign him.

His reaction that early evening, and in an instant, set him apart from his Motherwell team mates, most of whom might well have regarded the tie and its setting as the highlight of their careers.

For Lambert it was the prelude for what was yet to come, an early sign of the obsessive drive that fuelled him during that early part of his career, a single-minded determination to get to the absolute top of the game.

Fortunately, his time at Motherwell coincided with them having one of their most successful periods in Scottish domestic football since the 1930s.

Most would consider that a benign coincidence. Lambert would have seen himself as the precipitate behind it.

They finished in third place in the Scottish Premier League in the 1993-94 season before, the following season, finishing it as runners up, albeit still a stratospheric 15 points behind champions Rangers.

It was, in truth, a bid of an odd season all round in Scotland. Hibernian had finished in third place, two points ahead of Celtic in fourth, with Falkirk in fifth place. Meanwhile and equally as unexpectedly, Aberdeen and Dundee United had finished in the relegation places, although the former retained their place in the top league by beating Dunfermline in a playoff match.

Motherwell went on to lose that UEFA Cup match with Dortmund the following season but Lambert, who’d won their club’s Supporters’ Player of the Year award as well as being shortlisted for the SPFA Players Player award at the end of that season, had done more than enough to pique the interest of quite a few clubs throughout Europe including, as it turned out, Borussia Dortmund and PSV Eindhoven.

With his contract at Motherwell up, he was, by now, a free agent. Dortmund were interested but had insisted that Lambert attend a trial, treating him, in the process, just like any other hopeful wanting to play for the club.

Lesser men might have thrown their toys out of the pram at being asked to do such a thing – hadn’t Lambert clearly proved himself in Scotland?

Maybe. But he’d yet to prove anything to Dortmund. Lambert didn’t even know the identity of either of the two clubs interested in taking a look at him on that ‘no obligation to buy’ basis and later on went to say of his agent, “I thought he was going to take me to Lichtenstein or Azerbaijan or somewhere”.

PSV liked him but their preference at the time was for a winger. Lambert had still scored two goals in the two matches he played for them but that was still not enough and, as he made his way to Dortmund, the normally enormously self-confident Lambert suffered what was, for him, an extremely unusual lack of it.

“By this time I’m thinking I’m out of my depth. In the car to Dortmund’s pre-season base in Lubeck, I was thinking that if this doesn’t work out I need to go back to Motherwell or back to Scotland.

“I got on the team bus and I must have sat on about five or six seats and every time a player would say, ‘You can’t sit there’. It was Stefan Klos who said, ‘come and sit next to me’. That was my seat on the bus from then on.”

Lambert was seen by Dortmund as a squad player, a competitive ball-winner in their midfield on a needs must basis. He was, after all, being signed at the same time as Champions League winner Paulo Sousa, so there seemed little doubt about who’d be selected for a start 90% of the time.

Yet Lambert was still given his chance at the start of the season and, in the club’s second Bundesliga fixture of the season stayed on the pitch when a substitution was made, despite, in his mind, being almost certain to be the man who was going to be replaced.

“Coming off the bench that night were Karl-Heinz Riedle and Sousa. When the board went up for a substitution I automatically assumed my number would go up, but it didn’t. After that I thought, ‘I am never coming out this team because if I do, I ain’t getting back in’. That’s when it hit me, I was with the best team in Europe.”

Paul Lambert had well and truly arrived on the bigger stage.

It’s all too easy now to joke about the frequent references we’ve all heard him make since about his time at Dortmund, including his Champions League winners medal, as well as the subsequent success that he had with Celtic.

But they are achievements that should be admired and respected.

He’d gone from being a typically hard-working but not outstanding squad member in a run-of-the-mill Scottish team to becoming one of the best midfielders in Europe, one who was now being tipped to go onto equally great things as a coach.

Little wonder so many teams had already, even as he was seeing out his playing career at Celtic, sounded his agent out.

Clyde. Ross County. Dunfermline Athletic. And Inverness Caley Thistle. All rebuffed because, as driven as ever, Lambert wanted to finish his playing career with no distractions.

The club who were eventually able to entice him into management were Livingston, who he joined on June 1st 2005. They were hardly the easiest choice he could have made at the time.

He was set to become their fourth manager in less than a year, succeeding Richard Gough, another former big name Scottish international, who was moving to the USA.

Prior to that, David Hay, like Lambert, a former Celtic legend, had been sacked by the club twice, despite taking them up to the Scottish Premier League in his first spell at the club and winning the Scottish League Cup in his second.

Hay’s successor, Allan Preston was also sacked whilst Livingston’s earlier and bold appointment of Márcio Máximo, the first Brazilian to manage a British club, had ended after just eight matches.

Could Lambert have ended up being offered a less challenging first managerial role?

Probably. But did he accept this one because it was obviously going to be difficult, one that, in all probability, many of his friends and former colleagues had warned him off from even considering?

That’s quite likely to have been the case.

Hollywood would now, of course, have Lambert turning Livingston’s fortunes around after a briefly difficult spell at the beginning. His remodelled team, built on a craggy old footballing face who’d been tempted out of retirement to play for just one more season, plus a motley collection of previously unwanted and misunderstood individuals would have stormed to league and cup glory, leading, ultimately, to Lambert being offered the manager’s job at Celtic.

Maybe that’s even how he saw things happening, even though he always underplayed the chance of being Celtic manager, even when his star was high in the ascendancy with Norwich.

Only Hollywood isn’t real. Lambert resigned after just nine months in the role, having won just five of the 32 games he was in charge of at Livingston – that win percentage of a little over 15% remaining the worse in the club’s managerial history.

As great a player as he undoubtedly had been, it seemed his career as a manager was over before it had even had a chance to begin.