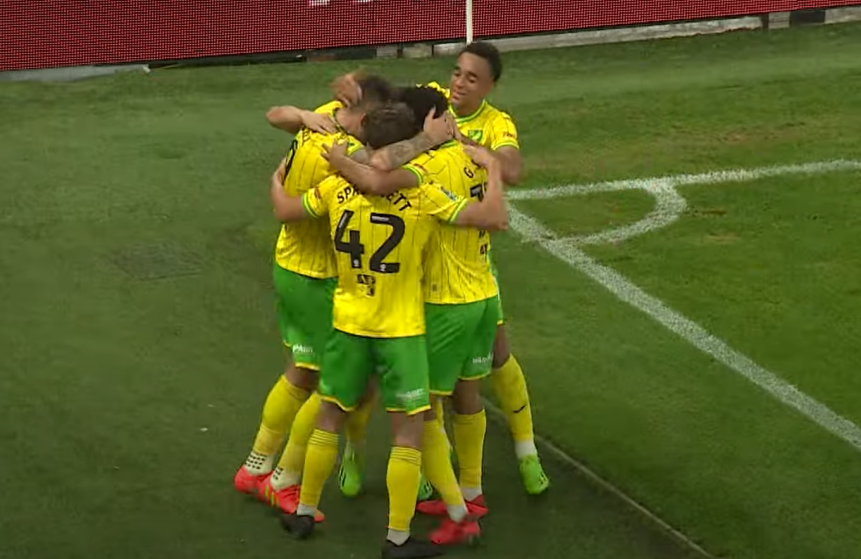 As much as I hate to disagree with Reepham’s finest, I take a different viewpoint to Kathy Blake and her article on MFW yesterday, which extolled the positives of our continued presence in the Carabao Cup.

There’s no way of saying this nicely – I couldn’t care less about our relatively early exit from this particular competition.

Well, beyond the fact that we couldn’t defend a match-winning lead for 90 seconds or so and lost the penalty shoot-out of course. That still rankles a bit if I’m honest.

The only “hero of Millwall” to keep his place was, yes you guessed it, Kenny McLean. This naturally gave other lesser-spotted squad members some competitive minutes and in no way is that a bad thing.

All the usual suspects got an outing and it was good to see game time from the get-go for Tony Springett and Jon Tomkinson.

Adam Idah managed a goal on his carefully-managed return and for me, it was particularly pleasing to see young Daniel Barden making an appearance on the first team bench. Well done for coming back from what you’ve been through, Daniel.

As for the game itself I was once more in absentia, so here are the thoughts of posse member Alex A, aka Ed:

“It was not a particularly exciting game and I thought the first half especially was very poor and we created little apart from the goal. Jordan Hugill took it well and then we conceded a couple of minutes before halftime.

“Liam Gibbs replaced Kenny McLean at the break and our play definitely improved, but still we created very little, whereas Angus Gunn made four very important saves to keep us in the game.

“When Teemu Pukki and Idah came on, they really made a difference and it was great to see Idah score having been injured for so long. We then conceded a very simple and avoidable goal that took the game to penalties. I guess our luck with penalties had to run out sooner or later.

“The annoying thing for me is that we should have been able to hold on for the last two minutes!”

Dean Smith revealed afterwards that he calls Springett ‘Jerry’ after the US chat show host. I bet young Tony had to be told who Jerry Springer is!

Still young Tony, it could be worse. Cutty, Bernie Owen and I have a friend who looks exactly like Jerry Springer. Sorry Roops, your secret is out now.

Alex had a quick gander at the Pink Un this morning and noticed that the Mayor didn’t even appear in the ratings section, which may have been their crafty way of telling us something.

While I’m on the subject of the Pink Un, I did feel a little bit sorry for our Connor on Tuesday when he drew the short straw and had to dissect the recent letter to shareholders concerning Mark Attanasio, share issues and possibilities for the future.

Well done for having a go Connor – you did far better than I would have done.

There was a comment on the article from one Victor Bullimore, who said:

“Am I right in thinking that basically if Attanasio buys in for £18 million he will get a seat on the board with voting rights and that he will put in £10 million earning a juicy 7% interest in the form of preference C shares that can probably be redeemed or converted in seven years time.

“Conveniently I guess that is probably around the time when Delia is likely to cash in her shares . Could work out well for all concerned.”

That’s the best – or at least the most plausible – take I’ve heard on it myself anyway but if anybody knows better do not feel afraid to enlighten me – even my own accountant [who admittedly is a Trust Fund and CGT expert rather than dealing with company share issues] said there seem to be too many variables involved for her to offer any guidance.

Anyway, it’s an early start against the Mackems on Saturday morning. Quite how they will fit the Friendship Trophy game in I don’t know but it looks like an 0930 kick-off to me.

And this of course is what began the concept of said Friendship Trophy all those years ago: