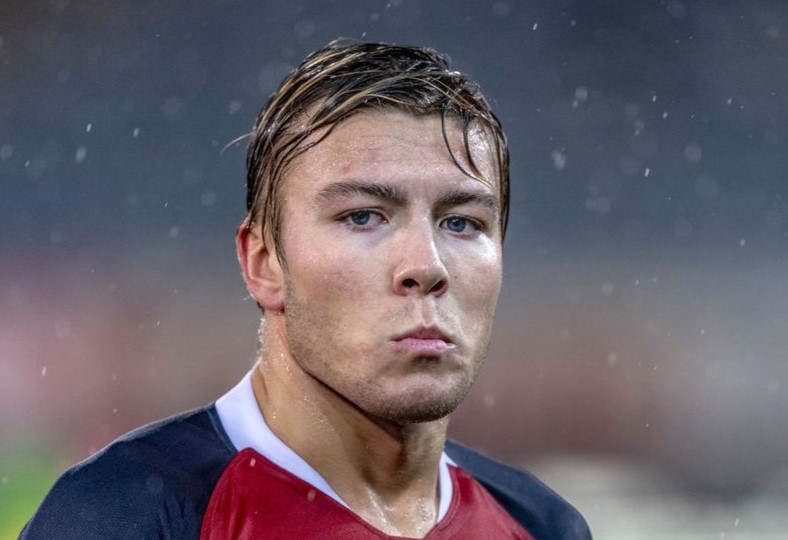 Left-back has been a difficult position for Dean Smith to negotiate this season, with Dimi Giannoulis, Sam McCallum and Jacob Sorensen suffering injuries in successive games and all being ruled out until at least the beginning of the World Cup period in November.

It was an almost unbelievable chain of events that led to Smith’s options being obliterated within the space of a week.

It began with Giannoulis suffering ligament damage in the 1-1 draw against Wigan, was followed four days later with McCallum suffering a broken metatarsal against Birmingham, and ended with Sorensen rolling his ankle in the away defeat at Hull.

Despite still having one senior option available to the left-hand side in Sam Byram, Smith has still made it clear across multiple pre-match and post-match press conferences that he would like to bring in another body in the left-back department.

Evidently, this is the sensible approach as across his City career Byram has proved, through no fault of his own, to be an unreliable option to both Daniel Farke and Smith as a result of his almost continual injury problems.

Equally, Byram is a player that Smith values very highly, having labelled him as future captain material for City. It’s also worth noting that the former West Ham player has prior experience at left back, playing ahead of Jamal Lewis in the Premier League until picking up his hamstring injury in the home defeat by Liverpool.

In the period since the Hull defeat, we’ve seen Smith find temporary but unsustainable solutions. Kenny McLean deputised in the wins against Huddersfield and Millwall, and did a solid job, while the duties were shared between Tony Springett, on his return, and Onel Hernandez against Bournemouth in the cup on Tuesday night.

Reports circling in Germany recently have suggested the club is in talks with Hertha Berlin on a deal to bring Frederik Andre Bjorkan to Norfolk on a season-long loan deal with no option to buy.

The player has fallen out of favour in the German capital since his move from Bodo Glimt in January 2022, only registering 10 appearances since his arrival. Another indicator to suggest a move for Bjorkan could be likely is that he is one of a trio of players officially confirmed by Hertha to be training individually ahead of the 2022-23 season after being deemed surplus to requirements.

Bjorkan’s current situation appears to make a deal more likely than some of the other names mentioned, and he is someone who fits the mould. He is also someone the club may already have prior knowledge of, having reportedly been interested in the Norwegian during his time at Glimt during the 2020 January window.

It has a similar background and context to the loan deal made for Xavi Quintilla from Villarreal in the summer of 2020.

Similarly, for Bjorkan, a move to Norwich provides him with a short-term opportunity to get his own career back on track after a difficult time in Berlin. While still only 24, he already has loads of experience under his belt, playing well over 100 times for Bodo Glimt since making his professional debut at the tender age of 17.

Another solution being mooted, especially across social media, is the idea of a return of former academy graduate Jamal Lewis from Newcastle, who the Northern Ireland international joined from City in the summer of 2020 for a reported £15 million.

Lewis suffered a similar fate to his former Tyneside teammate Isaac Hayden – someone who made the switch to Norfolk this summer on a season-long loan deal as a result of being deemed surplus to requirements by Eddie Howe and Jason Tindall.

Hayden, Lewis and Jeff Hendrick were the three cut from the Newcastle squad going into the second half of last season, to make way for the arrivals of Matt Targett, Dan Burn and Bruno Guimaraes.

Lewis would be available this summer as it’s evident he’s not in Howe’s plans. He’s not been in the squads of their opening three Premier League games, despite an injury to Matt Targett, with Dan Burn being preferred to deputise in his absence.

Lewis’ only competitive appearance this season has been in Newcastle’s second-round Carabao Cup win against Tranmere Rovers as a half-time substitute. OGC Nice from Ligue 1 have also reportedly been linked with signing the 24-year-old.

Lewis could prove to be the safer option out of the two; maybe not financially with regards to wages but more in the sense of his proven quality at the level, as well as his existing relationships with those around him, like Max Aarons, Grant Hanley and Todd Cantwell.

All still remain at the club and Lewis could hit the ground running as a result of those great relationships and in terms of them understanding each other’s strengths, weaknesses, and roles on the pitch.

It could be an interesting few days.