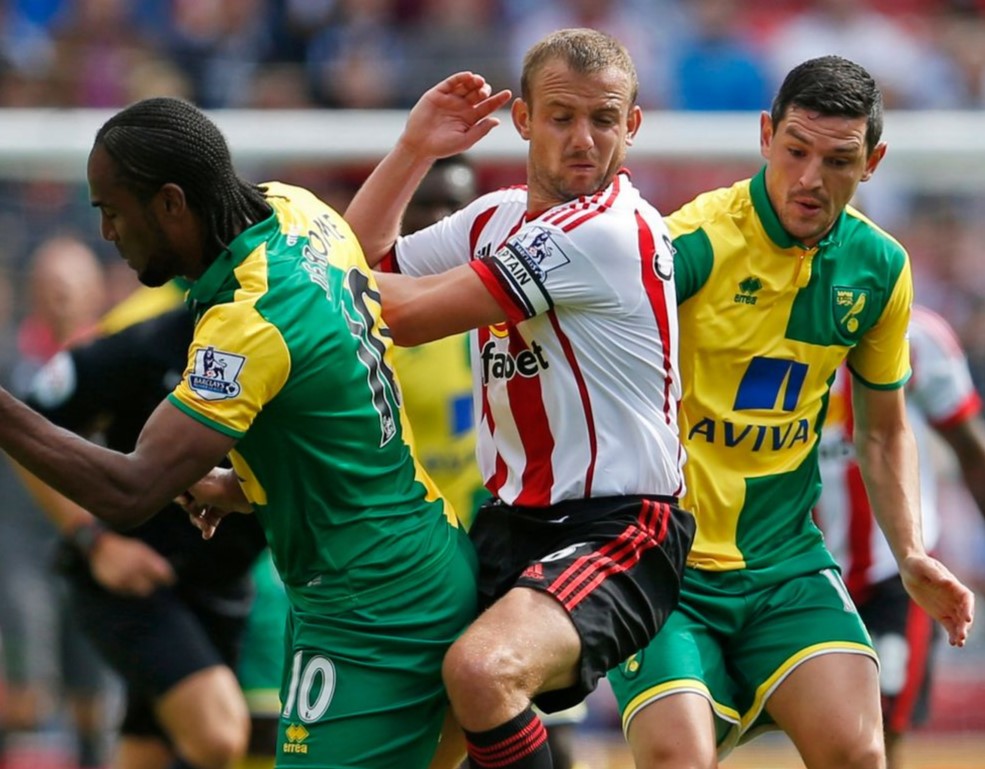 The Premier League dream is over (again!). City are back in the Championship and it’s a very familiar fixture list that the Canaries face in 2022-23.

But this being football, there will be a few new(ish) faces and, as such, an opportunity for a brief return of ‘We Meet Again’ – the series that looks back at the history between Norwich City and our upcoming opponents.

Next up it’s a footballing giant with six top-flight titles and a couple of FA Cups in the bag. So famous they even had their own Netflix documentary.

Yes, it’s a club we have a deep-rooted and unusual friendship with – it’s Sunderland AFC.

There’s only one place to start when talking Norwich and Sunderland. The 24th March 1985 – arguably the greatest day in Norwich’s history.

There was joy and emotion from John Deehan picking the defender’s pocket to set up Asa Hartford’s deflected winner through to Dennis van Wijk’s blatant handball (no need for VAR on that one) and Sunderland’s penalty miss – another first for a major final.

Both sides achieved another first that season – this time unwanted – as both would end the season relegated from the top flight; our 3-1 home defeat to the Black Cats just a week before Wembley proving critical in sealing our fate.

That Wembley final became known as the ‘friendly’ final, notable nationally for the friendship shown between both sets of fans. A beacon of light in the dark days of hooliganism and that day still lives on in the ‘Friendly Cup’ – a trophy awarded to the winners of each game since 1985.

For the record Norwich are ahead in said trophy race – winning 14 to Sunderland’s 8.

If 1985 represented a historic high for our club, then another cup clash v Sunderland, in 1992 was definitely a club low point. This time it was the FA Cup, and a semi at Hillsborough, that City were clear favourites to win, with lowly second division Sunderland standing in the way of a first FA Cup final.

But Flecky was unfit and City were in poor form. Whatever the reasons it never happened that day. John Byrne’s winner decided the tie and it was a massive opportunity lost.

Eighty-two years earlier the tables were turned as non-league Norwich beat the mighty Sunderland 3-1 in the 1910 FA Cup. It was a huge shock against one of the game’s giants who would become champions of England two seasons later.

But back to the present, and our last meeting was in Daniel Farke’s transitional season, where an early-season visit to Carrow Road saw a rare win for the Mackems in a campaign that saw them end rock bottom. The return game, a 1-1 draw, was notable only for a late goal by popular full-back Ivan Pinto.

Sunderland at home brings memories of an Alex Tettey wondergoal and Big Sam doing a tactical job on us in a relegation six-pointer.

There was also a title won on Wearside – the Championship of course – but it was a strange one as Nigel Worthington’s troops celebrated despite a 1-0 defeat as results elsewhere went for City.

Sunderland, of course, have finally emerged from darker days, Only last year there were two divisions separating them but now the friends are back together.

There is even a popular connection in the Black Cats dugout as Alex Neil welcomes his old club to the North East.