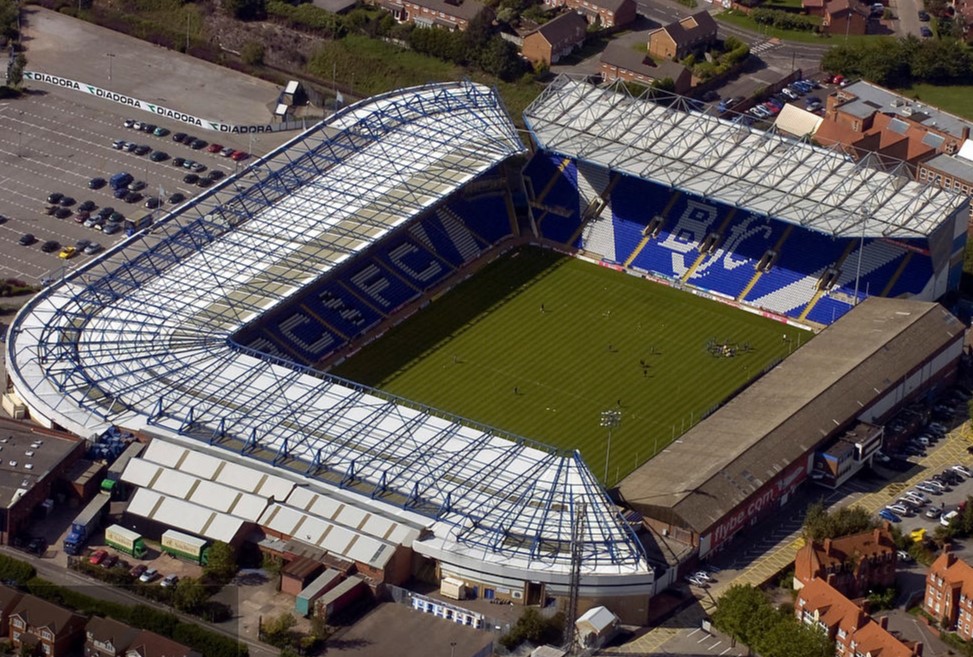 On paper, a trip to struggling Birmingham shouldn’t hold too many fears. But this is Norwich City. And the Championship.

Nothing comes easy and nothing gets taken for granted.

The Blues may have had a tricky start to the season and may have off-field struggles ongoing but at 7:45 tomorrow evening it’ll all be back in the melting pot as John Eustace’s team look to improve upon their record of just one win in six Championship matches.

But it’s been an undeniably unsettling and frustrating time for Birmingham fans as they wait patiently for their club’s ownership issues to be resolved.

As things stand, and as I understand it, a consortium headed by Birmingham-supporting businessman Paul Richardson and including former Barcelona and Milan forward Maxi Lopez has been trying to complete a deal after being granted exclusivity for the last few weeks.

As of last week, nothing had been agreed, at least publicly.

This follows a bizarre few weeks where it appeared that well-known lunatic and former Watford owner Laurence Bassini was on the cusp of buying the club. During said spell, said lunatic famously clashed with Simon Jordan live on air over at talkSPORT during which he challenged him to a fight!

Luckily for Blues fans, that particular bullet looks to have been dodged as he (typically) was unable to back up his words with the funds needed, but not until the deal with Richardson, Lopez and co has been agreed can the club properly move forward.

But that won’t impact proceedings tomorrow night one jot.

Birmingham are desperate for a win and, in front of what’s bound to be a feisty St Andrew’s, will be dangerous opponents. Dean Smith spoke in this morning’s presser of the “warm welcome” he always receives from the blue half of the second city, and so is under no illusions as to what awaits.

And while they have struggled so far, there are some good, experienced players in this Blues’ team, and if Eustace picks a similar XI to the one that started their defeat at Rotherham at the weekend, there’ll be a couple of familiar faces to greet Grant Hanley and Andrew Omobamidele.

There’s also a *very* familiar face in between the sticks – one who will also be desperate for a clean sheet against the club where he made his name.

Reports emerged this morning that Eustice is on the verge of adding Manchester United midfielder Hannibal Mejbri to his ranks – the 19-year-old Frenchman looking set to join on a season-long loan – so, if available to start tomorrow night, there will be some extra creativity in that Blues’ midfield.

From a Norwich perspective, there are a few big calls for Dean Smith to make.

Other than Liam Gibbs – whose rolled ankle is still being assessed – there are no fresh injury concerns arising from the win at the Stadium of Light, so he needs to decide if the XI that finished the Sunderland game is worthy of a start at St Andrew’s.

There was no doubting the effectiveness of that triple substitution Smith made on 60 minutes, with all three – Pukki, Cantwell and Ramsey – putting forward compelling arguments for starts ahead of Sinani, Dowell and Hernandez.

The decision Smith and Craig Shakespeare have to make is, is one off-day, following on from a very good day against Millwall, enough cause to change over 25 percent of the starting XI, or will it be a mix-and-match job with one or two changes being made?

Of the three, Aaron Ramsey looks most likely to return to the bench, although his contribution on Saturday shouldn’t be underestimated. He will, however (like his head coach), be given the treatment if he’s permitted an audience with the St Andrew’s crowd.

Whether or not that forms part of Smith’s thinking remains to be seen, but it would unquestionably form a useful part of that sharp learning curve that Villa are hoping for.

The big one for Smith though is, does he bring Teemu Pukki back in for that much-deserved return and, in doing so, relegate  Josh Sargent to the right side of the front three – a position in which he’s proved to be much less effective.

There have naturally been calls for Pukki and Sargent to be used in tandem as a front two – something not alien to Smith who used Adam Idah alongside Pukki last February for a few games until his injury – but against a Birmingham side that effectively plays with a midfield five, that would be an exceptionally brave call.

Unless you plan to change the whole shape and play with a back-three yourself (not going to happen), then to play two up top leaves you very light in midfield.

As a romantic notion, it works – in practice, not so sure. But we’ll see. I can’t envisage Pukki being a bench-dweller for too long.

One player I don’t expect to see tomorrow night – not even on the bench – is Milot Rashica, who Smith spoke of in this morning’s presser.

The Kosovan is clearly struggling for confidence and appears unlikely to feature. Perhaps a resolution for both parties will be found prior to the closing of the transfer window.

But anyway… to St Andrew’s we go.

The City supporter in us all dreads the ‘along come Norwich’ feel to this one, and there’s almost certainly going to be periods of panic – when aren’t there? – but if we can ride out a storm like Saturday’s then there’s no reason why we can’t negotiate a tricky one in Birmingham.