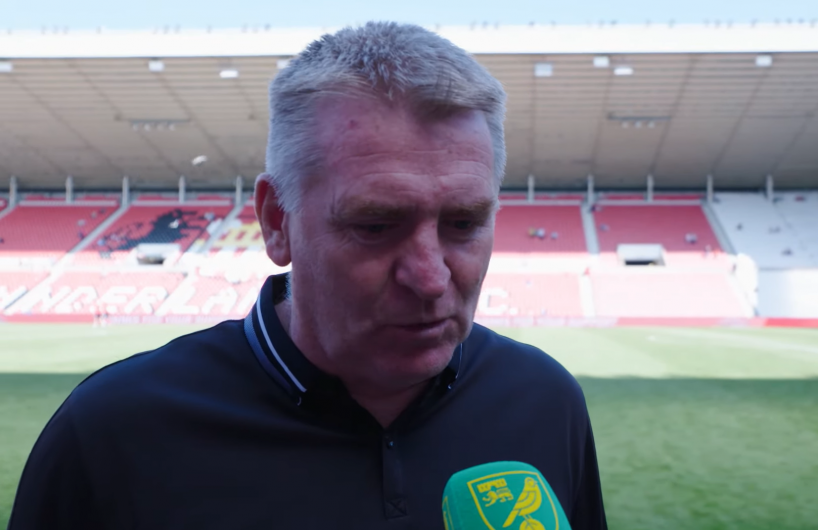 We saw an awful lot of things we know about this incarnation of Norwich City at the Stadium of Light on Saturday – and quite a few things we might have forgotten about as well.

I cannot remember concentrating on the opposition quite as much as this before in previous MFW articles but it must be said that Sunderland were a very good side indeed and pushed us to limits I didn’t quickly remember we were able to cope with.

Despite the Alex Neil kerfuffle, a situation I still find a little bizarre, the men in red and white couldn’t have been more spirited and really played for each other. As Martin Canning is likely to be off to the Potteries with Neil, I doubt that performance was for him.

Their 3-5-2 employed a relentless press, achieving many turnovers as they pursued our midfield like a swarm of angry wasps. We were forced into some badly-placed and mistimed passes more times than I can recall in recent Championship memory.

They also boasted a couple of decent strikers at this level as in Ross Stewart and Everton loanee Ellis Simms, who can both consider themselves unfortunate not to have got their names on the scoresheet.

They also had two players I would be more than happy to see in the yellow of Norwich, as in multipurpose defender Luke O’Nien and midfielder Dan Neil.

But enough of the Black Cats already!

We rode our luck and got away with it, none more so than when Stewart’s header was somehow directed by the upper part of Tim Krul’s arm onto the bar.  As the rebound moved at a comfortable pace towards the advancing Alex Pritchard there was no apparent doubt in my mind where the ball was going to end up – but I hadn’t anticipated it to be in a bravely diving Grant Hanley’s nether regions.

This performance partly took me back to the days of Farkeball 1.5 when we would put bodies on the line for everything and defend like crazy to nick a 1-0 in matches where we were largely under the cosh and not playing well.

Andrew Omobamidele very much played his part too and his words after the game were quite endearing, especially when we remember that he is only just 20.

“I’m so happy. It was one of those games that was just a defending game. We recognised after the game that it wasn’t our best game on the ball but it counts in those moments – that little bit of quality from Josh Sargent and Aaron Ramsey, who took a good touch and put it across the box for Josh to tap in.

“Grant and the boys put in some big blocks and those are the types of games you like to win.”

Credit for the triple change near the hour mark to Dean Smith of course, who admitted afterwards that Sunderland had forced his hand, which indeed was a compliment to the Wearsiders.

Not many Championship clubs can afford the luxury of bringing on the likes of Teemu Pukki and Todd Cantwell from their benches, and most certainly not Sunderland.

Danel Sinani and Kieran Dowell had been largely frozen out of the game and the changes were no surprise, although surely few of us would have expected what we got from mildly controversial Villa loanee Aaron Ramsey, who replaced the hard-working but largely ineffective Onel Hernandez.

Some 15 minutes later the at one point seemingly unlikely match-winner appeared, courtesy of a lovely touch from Pukki to Ramsey who delivered a peach of a low cross from the left, and there was Bilko advancing between two defenders to slot home with a welcome combination of confidence and ease.

Reminiscent of the Stieperdude and Pukki in days of recent yore? Yes, a little bit, I think.

Although Sunderland heads didn’t drop they had used up most of the gas in the tank and never quite threatened like earlier.

Sargent deserves a big chunk of appreciation for his performance. The guy never stopped running, could have had a penalty [as indeed could Sam Byram], and was unlucky not to get the man of the match award, although I’m kind of glad it went to Hanley myself.

But still there are questions – when aren’t there with Norwich City?

Young Liam Gibbs has become very influential in that deep midfield role and although much of his good work goes unnoticed he will be missed. Apparently, he has a rolled ankle, which will need investigating before a timeline can be put on a possible return to action.

Can we really expect Byram to turn out at left-back again on Tuesday? It seems a touch too soon for my liking.

Kenny McLean will cover for one of the positions but who will fill the other? Stuart Webber has had a long time to source a loan at left back but so far his achievements appear less than tangible.

It was nice to hear ex-Mags Krul and Hanley enjoying their special welcome to the Stadium of Light – Isaac Hayden travelled and might even have got his too, although I didn’t hear it if he did.

Sky being Sky, there is always a zoom-in or two on Delia. With about 10 minutes to go, she was shown wiping her eyes. Whether she was crying with excitement or merely trying to stay awake we were not told.

So our first away win since January, 9/9 in the league and it’s on to what looks like might well be a demoralised Brum on Tuesday.

This is quite apt after Saturday: