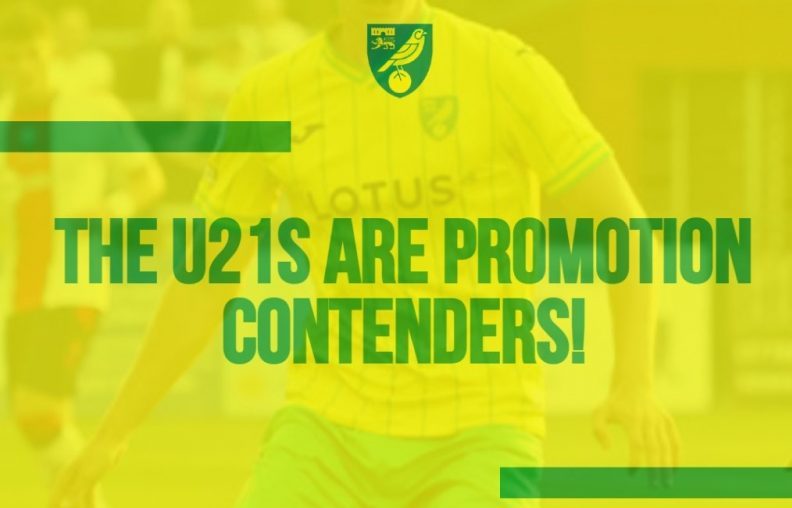 Similarly to last season, the Under-21s have made a bright start to their league campaign. Eight points from four games is a good start, and it provides a platform for a successful campaign.

Premier League 2 Division 2 is a hard league to get out of as only one team gets promoted automatically and teams finishing in second to fifth, have to battle it out through the playoffs. City are currently sitting in third, two points behind the automatic promotion spot.

Gaining promotion in any league is difficult, and development football is no different, but Norwich look a good outfit in this division even when up against strong opposition.

For example, Leeds recruited one of England’s brightest youth talents this summer, Sonny Perkins, who excelled in this league last season, scoring twelve goals. Southampton are fierce opposition at this level, too, with the bulk of their squad who won the U18’s Premier League last season now stepping up a level.

One of the strengths of this U21 side is their togetherness, application and desire to be the best they can be. That doesn’t just come from the coaches, it also comes from the club’s values, where the pathway motivates the academy players to do well.

This togetherness and application was demonstrated in both of their last two away trips – at Southampton and Leeds.

In both games, the home team dominated, which meant the U21s had to show grit to come through the pressurised moments. They did this brilliantly and are still unbeaten, which shows the character of the squad.

Despite these players still having the majority of their careers ahead of them, it’s important for them to understand the values of comradery and resilience as football is a mentally demanding sport.

In addition to that, the U21s squad has a healthy blend too.

Throughout the team, there is a positive mix of experience and fresh energy, and while experience could be interpreted as a silly comment to make when talking about a development side, there are players in the team that have played three seasons at U21s level. Jaden Warner is one example.

The experience is complimented nicely, with some inexperienced talent. Examples include Marcel McIntosh, Brad Hills, Joe Duffy, Ben Watt and David Aziaya who will all be playing their first full season at U21s level.

It’s important that these players get introduced now as it keeps the hunger levels of the squad strong. Equally, it’s vital to introduce new players into the group because the likes of Liam Gibbs and Jon Tomkinson have moved up to the first team.

Another note of interest is the partnerships that are developing in the U21s side, in particular the central defensive partnership, which against Southampton was Jaden Warner and Brad Hills. This made for an intriguing dynamic with Warner having played three campaigns at this level, while this is Hills’ first. Jaden’s knowledge of this level will be crucial for Brad’s development.

The coaching staff regularly rotate the team, especially the defence, which allows all the players to have appropriate game time, although it’s important to find the balance between a winning team and rotation.

The U21s squad is deep with quality running through it, which is a positive for the academy as it means more talent will keep coming through – a key component of the club’s model. ie. To develop players and sell them for high fees.

One of the strongest areas in terms of depth is the defence. With the international experience of Sean Stewart through to the highly talented Hills, the academy is well stocked with quality in that area.

The U21s also have great variety in defence too. There is Lewis Shipley, an aggressive centre-back, who can operate at left-back, Hills – a right-footed ball-playing centre-back who is comfortable in the air – and Warner, an athletic centre-back, with huge technical qualities.

The range of options in midfield is healthy too, with, in particular, Joe Duffy who is able to create opportunities from nothing – he registered at least twelve assists from the start of last season – while Regan Riley and Harry Brooke are combative midfielders who can also link the play from back to front.

But the real shining lights for City, since the start of the 2021-22 season have been their attackers and it’s no coincidence that they were the top goalscorers in the league last season.

This season, the attacking trio has been Abu Kamara, Tom Dickson-Peters and Tyrese Omotoye. Similarly to the central defenders, all three offer something different to the team, making them a handful for the opposition. Abu provides composure and directness, TDP is a poacher in front of goal, and Omotoye brings pace and power to the team.

Having different profiles of attackers is vital in this league, as many teams are flexible with their shapes, some playing in a back four, while others opt for a five.

Also worth noting is that Dickson-Peters, Omotoye and Kamara have all played a fair amount of U21s football so they understand the calibre of opponents in the division.

By its very nature, development football has players moving up the age groups, so you often get the scenario where young opposition defenders come across stronger and quicker strikers. This has already been the case this season with defenders finding TDP too strong and too quick. This was highlighted in the season opener against Sunderland where the majority of their backline were 18 or under.

Another factor to consider is that City’s current first team has quality in numbers, meaning there may be opportunities for last season’s star players, Jon Tomkinson and Tony Springett, to feature for a pick of U21s games. The regulations have been relaxed and so more experienced pros will appear in U21 matchday squads.

The quality of the coaching at City needs to be recognised too, as they are offering a platform for the players to express their personalities on the pitch – something that is vital for young players.

In addition, they are making the squad tactically intelligent with the team developing its defensive understanding. It’s important the players continue that across the season.

Unfortunately for the Canaries, their next Premier League 2 Division 2 match isn’t for another three weeks, so when it arrives the momentum and fluidity may take a hit but it’s been a positive start for the U21s.

Here’s to a good season.