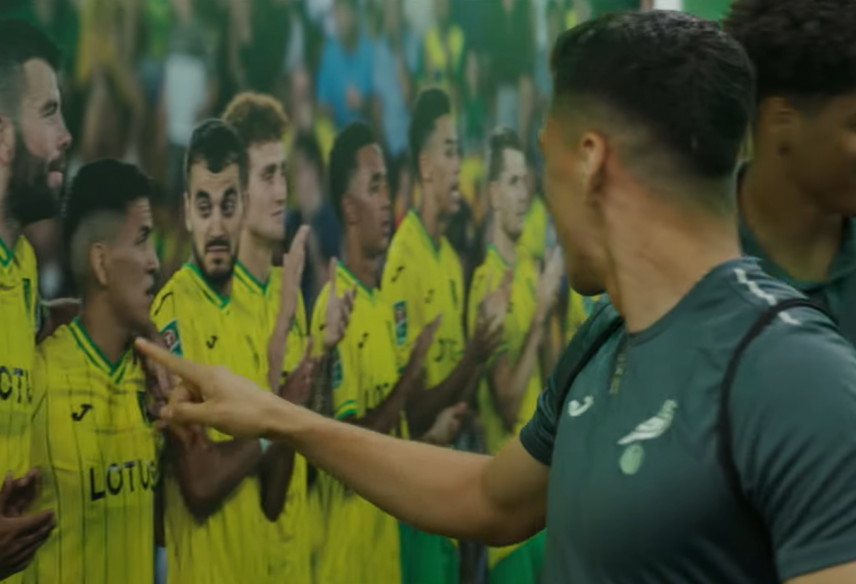 Well, that’s yer lot. Show over. Antennae withdrawn as we have a few months off combing obscure links for transfer rumours.

The window has shut until January so get over it. I know I have.

But we did do some business, some of which was verging on the intriguing with the South American scouting set-up seemingly justifying its existence. Or pulling a couple of chinchillas out of the proverbial sombrero if you’re less cynical than me.

Rather than giving my opinion on our summer dealings, I thought I’d place you in the reliable hands of my posse to offer their impressions of how it all went down. So without further ado, allow me to reintroduce the four horsemen.

Alex A reckons: SW has obviously had to curtail his spending in comparison with last season!

As for the signings themselves, Marcelino Nunez looks very promising and as he gets used to his teammates I’m certain he can have quite an influence on our fortunes.

Gabriel Sara comes with a good reputation and as we are now in the Championship, I would expect him to add his considerable skills and help us to at least stay in the top 10.

As for the loans, Isaac Hayden comes with a lot of promise when he recovers from his injuries. I fully expect him to be part of Dean Smith’s starting eleven once he regains full fitness. I was quite underwhelmed when I saw we’d got Aaron Ramsey in, but he delivered an almost perfect pass for our goal on Saturday. I see him more as a useful sub,

In summary, I’m fairly pleased with the new signings and seeing them deliver on their obvious potential.

There have been no major departures as I write, but I feel that if worthwhile offers came in for Max Aarons or Teemu Pukki I wouldn’t be surprised to see both leave.

Alex B proffers: You asked us how do we think Webber/Smith have done in this window but maybe it’s more like how has Webber done and what input has Smith had maybe in positional requirements but not in the actual recruitment?.

Hayden is a typical Webber signing as a loan to buy if certain parameters are met, the first is getting him fit to play so for me it is no good looking at his injury record. If you did you wouldn’t take a risk on him so at present the jury is out on this one.

Sara is another to arrive with an injury and has shown a few good touches in his time on the pitch, again the jury is out but I’m pleased with what I have seen. He’s young, versatile and hopefully will be a roaring success

Nunez is probably the midfield dynamo that Smith said the club had been following for a while. A cheeky Panenka and brilliant free kick has shown what he is capable of, but he has also shown lack of awareness of others in better scoring positions.

There were lots of rumours about loans coming in from Villa but I didn’t see Ramsey mentioned until he arrived. He’ll probably be mainly used as a sub but it’s a long season so we’ll wait and see.

Cutty announces: Roll up, roll up to the Smith & Webber recruitment circus. Well, only three have Webber’s fingerprints on them: Hayden who is injured and therefore is a don’t know, Sara who is recovering from injury and we haven’t seen much to be able to say much, which leaves Nunez who seems a gem.

So I will only chalk one up for Webber and that’s Nunez, but four for Smith as in Gibbs, Cantwell, Sinani and Sargent. Sara, Ramsey and Hayden remain unknown maybes.

As I write, no player of note has been sold and left us with a problem, so the show’s been a good ‘un for me.

Bernie Owen considers: I asked back in May for a CDM, another striker and a midfielder to score goals. Nunez could well be that attacking midfielder with an eye for goal, haven’t seen enough of Sara yet to know if he’ll fit CDM, or will Hayden eventually fill that position. I could see both of them in that area.

Gibbs was looking good there, but ankle ligaments equal weeks out. Nothing really seen up front apart from Sargent getting to play centrally and he has started scoring goals – could be a transfer saved.

Now with the window creaking towards closed I want to see a left back come in. Even if only for a three-month loan and if he can cover centre back even better.

Unless we get a silly offer it looks like Max will be here a bit longer, and a couple of fringe players could go out on loan until January.

The squad looks okay as long as we don’t break too many of them. The bench looks really strong and able to transform games.

For those interested in those who have left the Club, Alex B unearthed the following:

*** These three mystified Alex, and I was particularly astounded at Bali Mumba’s loan-out myself.

Don’t be afraid to tell MFW what you think of our achievements during the transfer window too – we’re always pleased to hear from you. Especially if you know what happened to our new temporary left back.

So that’s farewell from the Posse for now – I’m sure they’ll be back in the near future: