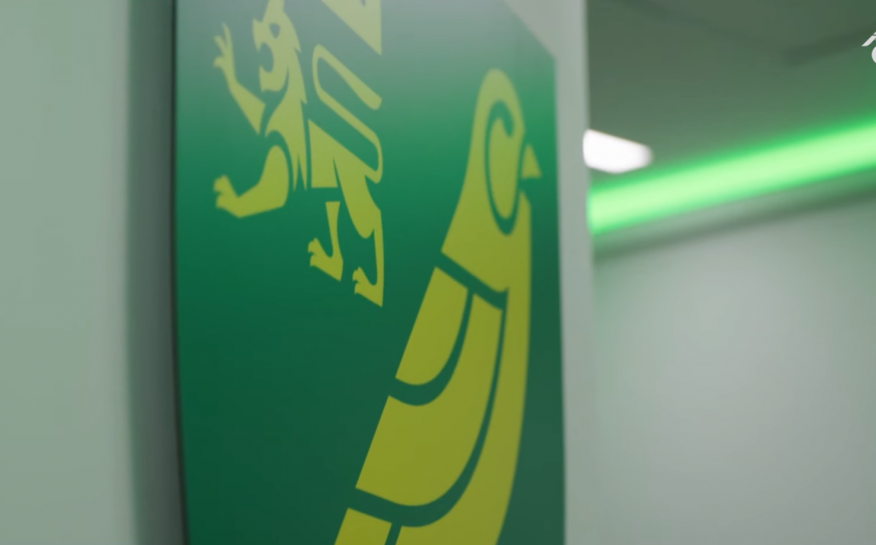 Norwich City are in fine form. Four wins on the bounce has seen the Canaries rise to second in the league, but Saturday sees a different challenge at Carrow Road.

Dean Smith’s side will face off against a Coventry City team who have only played four league matches all season and who currently sit bottom of the table.

But why have the Sky Blues only managed to play four league games this season?

You only have to look at the state of the Coventry Building Society Arena’s pitch for the answer.

They share their stadium with rugby union side Wasps, and in the summer it was used for the Commonwealth Games’ Rugby Sevens tournament.

Forty-four games were held on the Arena’s pitch just weeks before the season. And considering that several concerts were also held in the stadium over the summer, it’s no surprise it wasn’t in the best condition.

This makes it difficult to evaluate where their squad is but, regardless of their ‘games played’ disadvantage, it’s been a poor start.

Pre-season had given them reason for optimism, with the Sky Blues winning six from six against Leamington, Forest Green, Oxford United, Walsall, Portsmouth, and, impressively, a 3-1 win against Nottingham Forest.

However, on the first day of the season, Coventry dropped two points in a 1-1 draw with newly-promoted Sunderland, and then two weeks later threw away a two-goal lead at The Den, losing 3-2 after being reduced to ten men.

In the Carabao Cup, they played at a neutral venue due to their pitch problems and the West Midlands side were hammered 4-1 by Bristol City.

Against Hull City, Oscar Estupinan – who bagged a brace against City a few weeks ago – hit a hattrick in the Tigers’ 3-2 win over the Sky Blues.

This Wednesday night, Coventry played their first home match of the season, which ended in a 1-0 defeat by Preston – Ryan Lowe’s side scoring just their second goal of the season to win it.

Former Norwich City star Mark Robins is still at the helm for the Sky Blues, having started his second spell at the club in 2017.

Since arriving, he has led Coventry from League Two to the Championship, winning the EFL Trophy along the way. His side won the fourth-tier playoffs in 2018, and two years later cruised to the League One title, with Robins winning the LMA manager of the year award.

However, he has work to do, with many Coventry fans believing this to be a weaker squad than the one that finished last season.

They’ve not spent any money in the transfer window, but have added to the squad with Kasey Palmer joining on a free, and three Premier League loan signings.

Despite some astute moves – notably for Callum Doyle and Jonathan Panzo – the squad lost a key member when Dominic Hyam left for Blackburn for a reported £1.5 million.

Krul will start in goal after clean sheets against Sunderland and Millwall, which will have boosted his confidence. It’s still clear to see that his paucity on the ball sometimes costs the team when building out from the back.

For me, it will be the same defence that started in Birmingham and played for the majority of the Sunderland match. Andrew Omobamidele and Grant Hanley have been phenomenal, never afraid to put their bodies on the line, and even cropping up in the final third.

The lack of bodies in wide areas of defence means we’ve only really got Max Aarons and Sam Byram. I’d be surprised if they don’t both start.

In midfield, Marcelino Nunez will start. He’s been exceptional in yellow and green, and one of the first names on the team sheet. Kenny McLean has been consistent in the first few weeks of the season, and is a good versatility option – I think he’ll start.

I’ve thrown a contender into the ring – Gabriel Sara. The Brazilian’s yet to make a league start this season, but I think we’re on a good run, so Dean Smith might be bold and see this as a good time to bring him in.

Sara’s looked really promising coming off the bench and in Carabao Cup matches, but it’ll be difficult for him to adapt. That’s what DS will be asking, but the catalyst for that development is consistent game time, no matter how talented he is.

I think we’ll keep with the front three, but with different personnel. I went with Josh Sargent on the left, Danil Sinani on the right and Teemu Pukki up top. Sinani’s been excellent as a right-winger, cutting into his left foot.

Sargent hasn’t played as a left-winger for City, but I think he’ll bring the same physical presence as he does on the opposite flank, with the opportunity to cut inside and get shots off. Even if you look at his second goal against Millwall, the American starts the move in an advanced position on the left, before moving inside.

I’d be interested to see how he does out there.

I’ve gone for Pukki up front, mainly for his morale. Teemu is one of the highest-paid players at the club and one of the best strikers in the Championship, so won’t want to be sitting on the bench. Dean Smith won’t want him there either.

He grabbed an assist in midweek, setting up Onel Hernandez, and will be looking for his first goal of the season.

Coventry have used a back three all season, and it’s likely they’ll stick with that.

I think Ben Wilson will keep his place in goal, after making his first appearance of the season in midweek against Preston.

Rose, McFadzean and Doyle make up my back three, but I wouldn’t be surprised if Panzo came in for Rose. Doyle will definitely start, though, after being hailed as outstanding by Mark Robins after Wednesday’s defeat.

Coventry had good width last time out, so I don’t expect the wide men to change.

I imagine Kasey Palmer will come back into midfield after being rested on Wednesday, alongside Jamie Allen and Ben Sheaf.

Matt Godden, who’s played in a more withdrawn role in the last few games has been the focal point in the Sky Blues’ attack. He’s scored three of their five goals this season.

Alongside him, I think, will be Viktor Gyökeres – a massively underrated striker. He scored 17 goals last season, is just 24 and is an exceptional striker at this level. He puts defenders under immense pressure, and given Hanley’s track record in possession, he’ll certainly play an important role.

Pukki is also favourite to be on the scoresheet, with Boyle Sports offering 5/4 for the Finn to grab a goal.

Dean Smith will be looking to make it five on the bounce for City in the Championship, and if Sheffield United were to drop points and we get three, we’d go top of the league for the first time this season. Early days though.