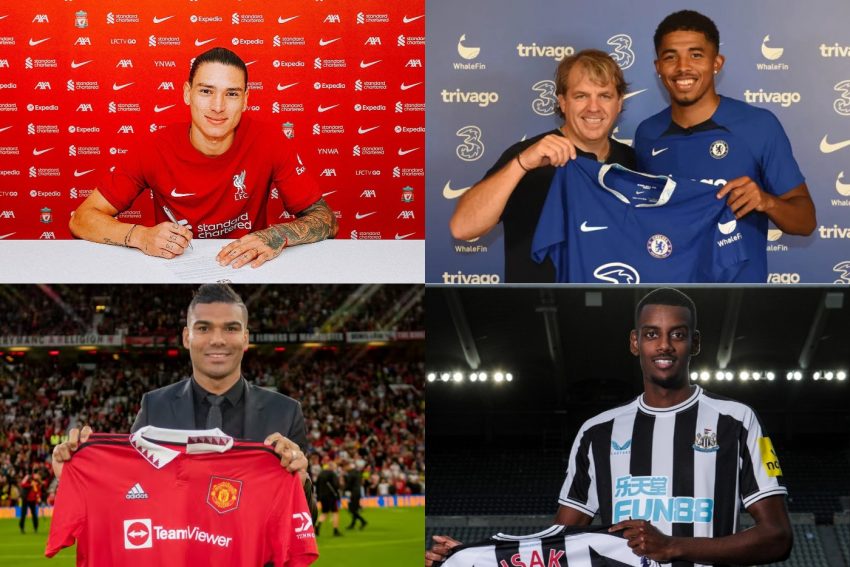 It’s quite often a tweet that motivates me to write something for MFW.

In this instance, it was one from Kieran McGuire, the football finance expert pointing out that Manchester United had spent more money on Anthony than the 24 Championship clubs combined in the entire summer transfer window.

Unless you live, under a rock you will be well aware that many people in this country are facing a potentially disastrous winter with energy prices through the roof, double-figure inflation and many expected to have to resort to food banks to survive.

Yet Premier League clubs, enthusiastically egged on by Sky Sports, the doting parent of the honeypot that it created, have spent a total of £1.9bn in this window.

By the way, it’s worth pointing out for the hard of thinking – who will inevitably be popping up in the comments section talking about how much TV revenue clubs get and how that that justifies Nottingham Forest signing 21 new players – that the above figure is merely published transfer fees, on top of which come agents’ fees (invariably paid by the club not the player) and salaries.

Tuning into Sky Sports News you would hardly think there is a huge cost of living crisis gripping the UK as groups of talking heads sit around tables sagely discussing transfer rumours (that are readily available to anyone prepared to trawl the internet) for hour after interminable hour, as if they were some sort of secret transmitted from the gods to their chosen ones, while lauding the ridiculous amounts involved.

I’ll come back to Forest because they have epitomised how the game at the top level has turned into a real-life version of the Football Manager computer game.

I think that Steve Cooper did an amazing job to take them from a struggling Championship team to play off winners but the team he built has basically been binned in favour of a slew of high-profile arrivals who may or may not gel into something good (and Fulham fans will be well aware that it’s far from a given).

From a fans’ perspective, the heroes they cheered on last season will hardly be seen, but many will still be there if the huge gamble the club is taking with its future goes horribly wrong, while this season’s superstars won’t be seen for dust as they bail out to look for their next lucrative contract.

Of course, Cooper himself will have been long gone by then unless he picks up some wins pretty quickly.

Sadly, the filthy lucre that has got Sky into such a lather of excitement has, and will continue to, only benefit the EPL and its players because we have to continue to wait for a functioning government to get around to converting Tracey Crouch’s recommendations in the Fan Led Review into actual statutes.

Of course, in the interim the vested interests of the FA and the Premier League are doing everything they can to obstruct and dilute those recommendations, such as the ludicrous argument that an Independent Regulator isn’t needed because the existing powers haven’t been given enough time to show that they can police themselves.

As Henry Winter pointed out this week, the 10% transfer levy that Crouch proposed would have applied to the greater part of this window’s spending bonanza and would have raised £160 million to be invested in grassroots football, but only a fraction of that will trickle down in the guise of the laughably named “solidarity payments”, while smaller clubs continue to try to fight off oblivion.

As Winter pointed out, even half that figure would have been transformative, but instead the rich just get richer, and the poor continue to attempt to scrape a living.

Sadly, we’ve all become a bit blasé about the obscene amounts being spent, but a tweet like McGuire’s provides a sense of perspective, very much like one from a few seasons back which pointed out that the total amount that Newcastle received in gate receipts (which were then the 19th highest in Europe) in 2018-19 was roughly 50% of what they paid for Joelinton the following summer.

Premier League spending is becoming more and more divorced from reality, and we may, at last, have reached a tipping point, because if Forest fail if will not only be a disaster for them and their fans – with administration the likely outcome – but also it will surely give any future promoted club pause for thought before taking such a wild gamble.

Apparently when a club which boasts of being backed by one of the richest countries in the world wants a player the selling club ups their price.

I’m off to tune my tiny violin.