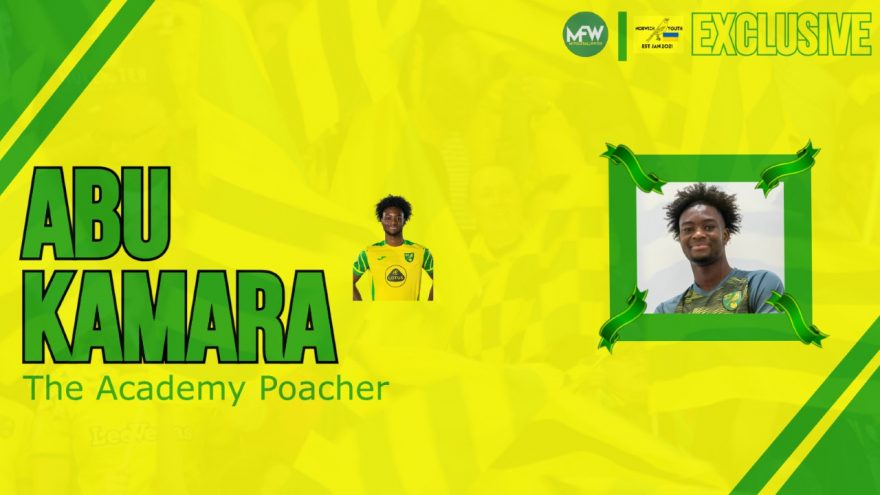 We’re only four games into the U21s season, and Abu Kamara’s goal-scoring form is scintillating. He is joint top of the goalscoring charts in the league this season, demonstrating his continued composure in front of goal.

Topping the goalscoring chart is doubly impressive as Abu hasn’t started in the striker role this season, compared to his fellow competitors.

He has played in numerous positions in his short career so far and, similarly to Tony Springett and Jon Rowe, he can cover a range of positions. This season, Abu has been deployed as an inverted right winger. 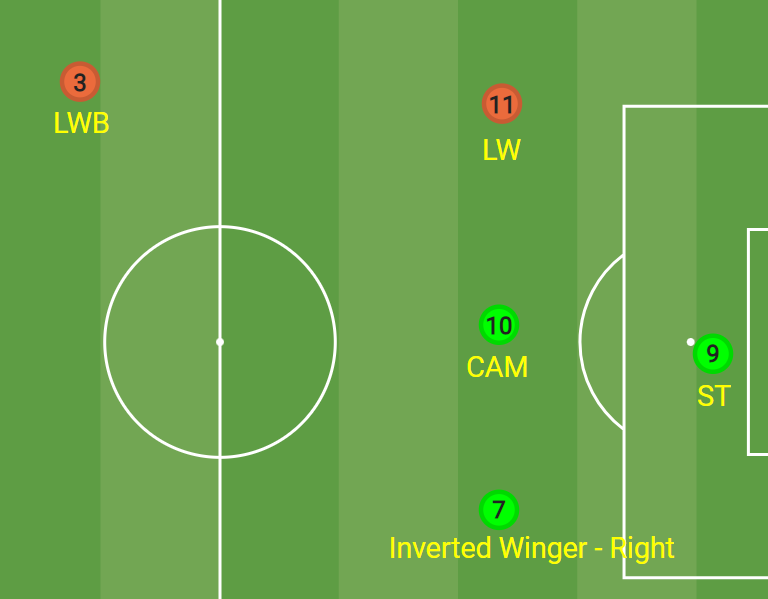 Ironically, the most important game that Kamara has played, has been at left-wingback in a pre-season game against Hibernian. Although it was a friendly, this was the first opportunity that Kamara had to impress Smith at first-team level.

Having watched Kamara live in Scotland, he attempted to maximise his strengths. One of which is his left foot. He tried to create openings, by whipping in crosses and overcoming one-on-one battles.

However, he is much more dangerous in the advanced areas of the pitch. He’s been utilised in those specific areas the last three seasons, at U18s and U21s level. For example, Kamara was utiliised as a central attacking midfielder and a striker for large proportions of last season.

His impact in those positions was huge, as he was the PL2 Div 2 (U21s league) top goalscorer last season. From the start of the 2021-22 season, he’s accumulated 20 goals in 31 league games.

The club are well aware of Kamara’s potential and talent, as he has a contract keeping him at Carrow Road until the summer of 2025. They have put tremendous faith in him and that faith is being repaid.

One reason for his outstanding goal tally is that he has a good understanding with his teammates.

Like several of his teammates, Kamara has worked his way up the age groups, meaning he’s spent a lot of time with the same group of people. These sustained relationships enhance his performances on the pitch.

Here’s an example, against Leeds.

This example, against Leeds, perfectly demonstrates Kamara’s predatory instincts. Springett plays an inviting square ball, and Kamara gets on the inside of his marker to equalise.

These types of goals are common for the U21s, due to the fact they have an understanding of Kamara’s movement.

Not only does the attack share chemistry with Kamara, but his movement is impeccable.

His second goal away at Leeds demonstrated this perfectly.

Phase 1: Kamara is in a natural position, keeping his width on the right flank. 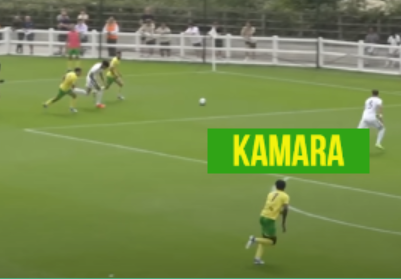 Phase 2: Kamara makes a last-ditch run into the box. Abu has plenty of space, and no one picks him up.

Phase 3: Abu Kamara gets given the ball by Tony Springett, on the right-hand side of the box. He uses the defender to curl it past him, to make it 2-2.

This goal demonstrated Kamara’s instinctive and greedy nature to get into position to score a goal. The movement is clever too, as he’s arriving late into the box, which is hard for defenders to track.

Kamara has also got a phenomenal record from the spot, as approximately a third of his goals last season came from penalties. This demonstrates Kamara’s composed nature in front of goal – one of his biggest strengths.

Another crucial element to his game is his sharpness – a particularly impressive trait because he plays in a range of positions.

Most players have preferred positions on the pitch, however, he seems to execute a high and lively performance, wherever he plays.

Kamara’s goal record in the U21s league is outstanding, especially as he hasn’t been a recognised striker for some of those matches. He scored in four consecutive PL2 Div 2 games, showing his consistency.

Consistency is a big word in the academy – a term that’s used frequently, whether applied to performance level or conduct.

As the summer transfer window has now concluded, the potential possibility for Abu to head out on loan for the whole season is no longer a reality, so he can focus on delivering good performances until January at least.

Kamara’s form will not be ignored by Dean Smith and the loan department. He has had limited involvement in first-team matchday squads, but has trained with them on many occasions.

Similarly to Tom Dickson-Peters last season, I wouldn’t rule out a January loan move for Kamara, as his goal-scoring figures in development football will not have gone unnoticed.

It’s imperative that if he was to go on loan, they find the correct club for him, otherwise it may hinder rather than enhance his development. We’ve already seen this with Flynn’s Clarke loan to Walsall.

Kamara picked a PL2 POTM nomination for August 2022 after his five goals and one assist but didn’t win the award as Sonny Perkins was the preferred choice by the elected panel.

But Abu Kamara’s stock is rising and in him, Norwich have a gem.

The Away Fans @theawayfans ·
1h