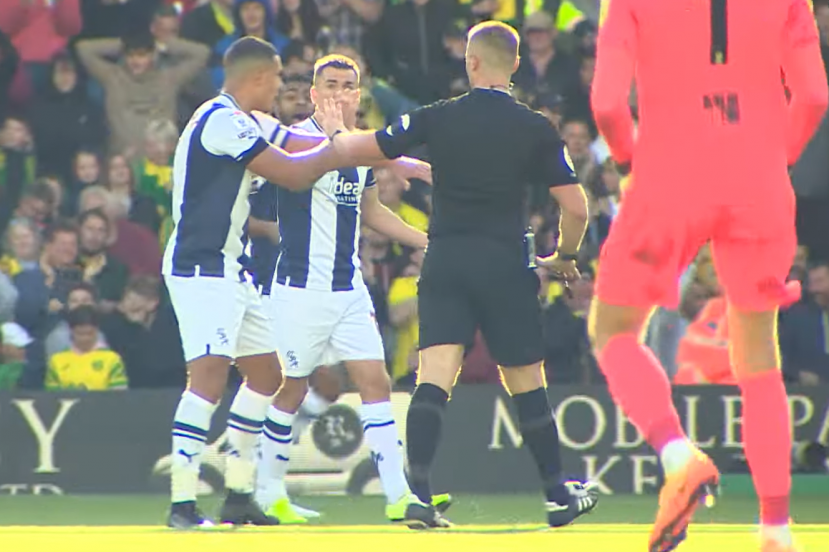 I deliberately gave social media only a light touch last night. The fallout from anything other than a win was always going to be unedifying.

When I did dip in, it was typically laden with I-told-you-so’s from those who, since the start of the season, have been pointing out that despite being second in the table, City are not playing particularly well – a fact no one has argued with.

The question of course is… is this how it’s going to be? Has Dean Smith’s current iteration maxed out? Or… is this a side that, with a couple of additions in key areas, could yet produce the precise free-flowing, attacking football we all crave?

Your answer to that will depend on whether you’re a glass half-full or half-empty merchant.

But what I don’t believe for a second is this is how Smith and Craig Shakespeare want this team to play. In Friday’s pre-match presser, the head coach acknowledged that the football is yet to reach the level he demands, and was equally critical of his team’s performance after the game.

In that regard, those who liken his style of play to Chris Hughton’s are wide of the mark. Hughton wanted it to be tight and compact and not overly expansive. I’m not sure Smith wants it to be any of those things and, to be fair, it’s not.

What it is though, at least at the moment, is stodgy. Badly lacking in rhythm and tempo.

Bizarrely, City play like a team that’s on a bad run rather than one that’s now unbeaten in seven. The staccato passing, where everything appears forced and lacking in flow, is usually a classic sign of a team low on confidence; not one that should be full of it.

But to have played so poorly yet still emerge with the unbeaten run intact was quite something, and to think we managed to snaffle four points from Bristol City and West Brom off the back of two such ordinary displays.

In a parallel universe, we’d be well chuffed with that return.

But there are clearly parts of the team that, for a variety of reasons, are not functioning as Smith (or anybody) wants them to.

The susceptibility to a well-structured high press was there for all to see on Wednesday night and while, after their early goal, West Brom opted for the low block yesterday, the issue of low-quality passing out from the back was still evident.

While the Robins squeezed and pressed, to force our back four and keeper to either concede possession or go long, Albion sat off, allowed them to have the ball safe in the knowledge that none of them were likely to pick a pass good enough to break the lines.

Add into that same mix, the fact that Isaac Hayden and Liam Gibbs are unavailable – players who are comfortable in the defensive midfield pivot role – and we have a problem.

Kenny McLean, for all his other qualities, isn’t perfectly suited to the role of deep-lying quarterback, especially so yesterday when his passing radar was off-kilter.

In the end, rather than risk giving the ball away again, the Scot was not making himself available, which creates yet another problem when the team ethos is based around working the ball methodically through the thirds. His role in that is clearly key.

So we ended up with defenders, not all of whom are comfortable on the ball, having one potential route for a forward pass closed down. The upshot was even more sideways passes than normal as they looked, usually unsuccessfully, for the progressive option.

For good measure, let’s also chuck into the mix that slow, laboured passing across the whole team and it’s unsurprising that we found it so so difficult to make any headway against a well-drilled and Championship-hardened West Brom midfield and defence.

The end result was the toughest watch of the season so far by some distance, which is quite the achievement when considered in conjunction with the second half against Coventry and most of the Bristol City game.

For once, the international break has come at a good time, in that it gives those who are rehabilitating time to edge closer to becoming available and allows some of our walking wounded time to shake off their bumps and bruises ahead of what will be a breathless October.

Importantly, it also gives a chance to refresh some jaded minds within the group.

Not for the first time, I’ll leave the final word to my dad who, despite being no longer well enough to attend Carrow Road, remains as fired up as ever. That Norwich City fire still burns.

We met yesterday morning for breakfast and his response to my, ‘we’ve won six out of six without playing well; imagine what’s possible if we click’, was simple:

“We won’t click. At least not yet – not while the side is unbalanced with no left-footers in the backline and no proper holding midfielder.”

As ever, I’m not about to argue with him. Are you brave enough?

Mark Bonner also confirmed this morning that Mikey Burroughs has left the club to join Norwich City, with Ryan Meredith replacing him as head of medical. #camUTD #ncfc

Special guest is the one and only @11Gossy plus the great @ohheylauren_ who tells all about an emotional trip to Carrow Road with her #ncfc mates.

Championship football is back this weekend. Join @adam_harv19 and @cjsouthwell1902 LIVE from 1⃣pm across our platforms as they preview the Canaries' long trip to Blackpool.

🗣️🔰 "Sometimes our performances haven't been where we've wanted them to be, but sometimes we've been unplayable."