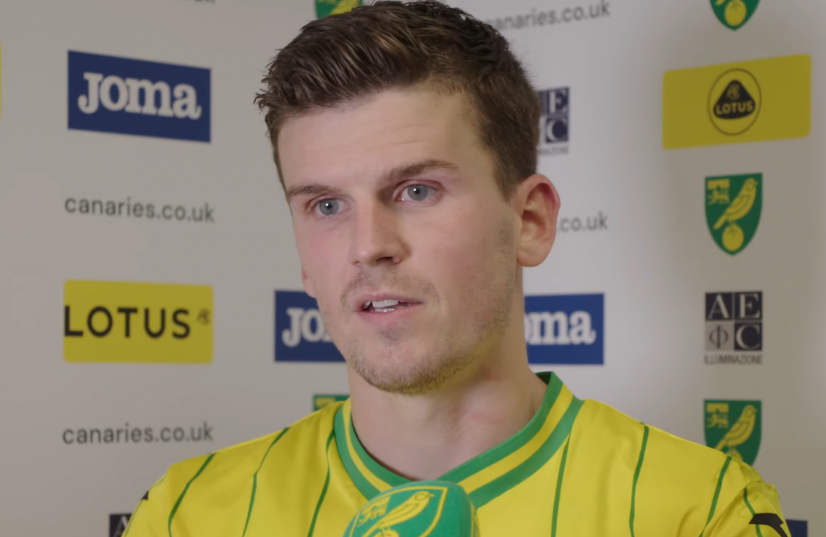 It’s rare after a match such as that against West Bromwich Albion on Saturday to get so many different viewpoints from supporters floating around. My inbox was suffering from subsidence by Sunday morning and that was just from friends, let alone what was available online to be read on a less personal level.

Discounting some of the more ludicrous claims [such as “we are rubbish” and “what mountain is Webber halfway up this week”], the gelatinous nature of the wiser words boiled down to a thick stew of common sense.

I shall return to the condensed cauldron shortly but before I do that I thought I’d take a quick look at what is currently the world of Sam Byram.

Sam appears to be one who has no wish to hog the limelight but Saturday was one of those occasions where there was no escaping it, including a post-match appearance on NCFC official to offer his post-match views for the first time I can recall. A logical move from the club as he did score the point-clinching goal even if he knew very little about it at the time!

This lad has gone through the most appalling catalogue of injuries and been pressed relentlessly into service at left-back because Dimi Giannoulis, Sam McCallum, and Lungi Sorensen are all medium-term injured.

We have now gone from Dean Smith saying that Byram knows his own body and his return schedule will be guided largely by himself to him turning out for every single match since he came on as an early sub for Liam Gibbs against Sunderland on August 27.

He is one of the most right-footed players I have ever seen and therefore he can do a job at left-back but this does serve to complete a right-footed back four and destabilises the balance of the defence.

It’s hardly an ideal situation for a player returning from a succession of nasty injuries but so far he has done pretty well and must be looking forward to the international break as much as anybody.

Buried in his comments was this line, which few people seem to have picked up on but I found interesting as it could explain, at least in part, our disjointed displays against Bristol City and the Baggies.

“The Championship is a relentless schedule and there’s an illness going through the camp, which, obviously is not an excuse, but it [the break] will give players time to rest and recover and come back ready for the next game.”

That’s the first I’ve heard of an illness and probably the last I shall hear of it too, but maybe it has in part contributed to the recent picture.

Dipping into the cauldron of collective common sense, the theme of the imbalanced defence was a common one.

Our Man in the Stands, Don Harold summed it up for most of us:

“The defence looks unbalanced due to them all being right footed; I wouldn’t mind McLean replacing Byram.“

Don also added possibly the commonest theme of the lot. “We are lacking midfield presence and need someone playing the role Isaac Hayden was bought for.

“There’s a very tough October coming up. If we’re still top two by November I will start to get excited“, completes the Harold hat-trick.

The fact that West Brom are the division’s draw specialists was acknowledged by many, not as an excuse for a poor performance but more as a state of perceived fact.

McLean attracted a fair bit of criticism for his efforts and my only response to that would be that of yes, I agree, but who the bl00dy hell else have we got to play that role until Hayden or Gibbs are back, fit and raring to go?

Nobody, that’s who, I’m afraid.

The conundrum of how to get the best out of both Teemu Pukki and Josh Sargent was of course another prominent topic, with somebody saying he thought Pukki would make a natural number 10. He could well do.

As for Dara O’Shea’s free header from a John Swift free kick that gave the boys from B71 the lead, Dean Smith can claim that defensive movement was blocked all he likes, but there was no excuse for letting a seven foot something centre back getting a free run to the far post like that.

We all agreed it was dreadful defending of the first order!

As it’s Tuesday today, I don’t think it’s disrespectful to bring back some music to describe the contents of my inbox over the weekend: