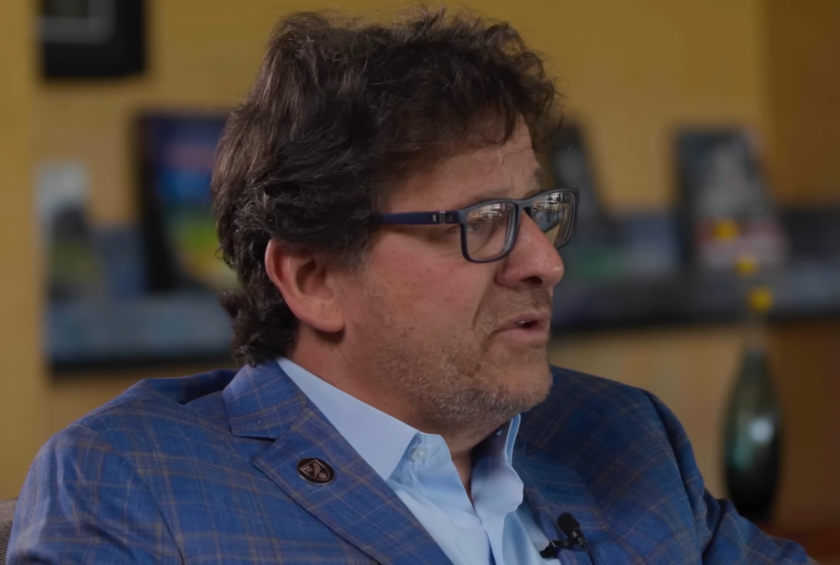 At the end of last week, I chatted with the UK fan club for the Milwaukee Brewers. Unless you’ve been living under a rock and don’t know who the Brewers are, they are the Major League Baseball (MLB) side owned by Mark Attanasio.

Last week, Attanasio was appointed to Norwich City’s board of directors, acquiring a number of shares in the club. Alice Piper did a superb job covering the acquisition, speaking to Attanasio, Delia Smith, and Michael Wynn-Jones on City’s YouTube channel.

The UKBrewCrew were kind enough to speak to me about Norwich City’s new director, Major League Baseball, and the Milwaukee Brewers.

What are Brewers fans’ thoughts on Mark Attanasio?

UKBrewCrew: The majority like him and think he is doing a good job. We are a small market team and don’t have the money that nearly all of the other teams have, so he has to do things a little differently. Most fans appreciate this, but some would just like him to put his hand in his pocket and try and get the World Series.

How does the MLB compare to, say, the Premier League from a financial perspective?

UKBC: There is a lot of money in the MLB. Even small market teams are estimated to be valued at around 1 billion dollars. Players can earn silly money. Christian Yelich at the Brewers is on a ten-year $110million contract! Some of the bigger teams are paying upwards of $300million for their best players. So there is a lot of money in the MLB but much like the Premier League, it’s generally the big names that earn the silly money. Baseball is America’s pastime much like football is to us in the UK, so there are a lot of similarities, although there are far more games played in baseball.

I didn’t know Yelich was on that much! Is the majority of that money coming out of Attanasio’s pocket?

UKBC: Pretty much, but because of the way contracts work, the money will already be in a bank account to pay him and he’ll get an amount every year for about 30 years! Yelich was the 2018 MVP and nearly repeated in 2019 bar getting an injury a month before the end of the season. Baseball players tend to get paid on past performance more than what they are going to do, which is why Yeli gets a lot of too. He’s in a slump at the moment and people definitely don’t think he’s earning that contract at the moment.

Mark’s a pretty honest owner. He’s happy to speak to the press and often has a chat with the commentators during games. He openly says we have to do things differently in Milwaukee as we can’t compete with the Dodgers/Yankees’ spending power. Problem is, sometimes the fans think he’s being cheap by not going all in to go for the World Series as we have a good team at the moment (even if it’s not performing consistently).

(Note: Many fans feel that Attanasio has thrown away the Brewers’ chance of a World Series title by not upgrading the squad before the most recent trade deadline. They’re currently 2 games back on a playoff spot – the football equivalent to six points outside a playoff place).

That sounds very similar to Norwich’s situation. For a number of years, we’ve had to look in different markets to gain an advantage (the German second-tier, and now South America). Can you tell me a little bit about the Milwaukee Brewers’ history? Have they always been a small-market team?

UKBC: The Brewers first came into existence in 1969, originally as the Seattle Pilots over in Seattle. They struggled financially that year and the franchise was brought over to Milwaukee and renamed the Brewers in 1970. Milwaukee had an MLB team from 1953 to 1966 known as the Milwaukee Braves. They won a World Series in 1957 and there was good attendance but the franchise moved to Georgia because financially it was difficult to get revenue. The majority of the market was down in Chicago (only an hour south of Milwaukee). The Braves are now known as the Atlanta Braves. So yes, the market has always been small as the Cubs get most of the limelight in the area.

The Brewers got to the World Series in 1982 and lost to the Cardinals but that is the nearest they have got. They were one game away from getting there in 2018 but lost game seven of the NLCS to the Dodgers.

So the reality is, very much like Norwich, they are predominantly followed by the local population who are very proud of their team. They’ve had some limited history but generally have had to chase the bigger more well-known teams. The Brewer fan base are always bemused that there is a following of fans over here in the UK.

There are many similarities! Is there any need-to-know information for new fans looking to support the Brewers?

UKBC: Only real thing is to expect a rollercoaster. We never do it the easy way. We are a fun team but also really frustrating at times (we’ve just beaten the Yankees in a three-game series who are pretty much expected to be World Series contenders) yet we’ll lose to teams that are awful!

We are also currently in the best run of form in franchise history making a record postseason four consecutive seasons in a row, but as with any American sport, we are likely to have to sell off all our best players (due to salaries mainly) at some point to rebuild meaning we may have a few bad seasons coming up. But if you love a beer and a hot dog then the Brewers are definitely the team for you, we even have the famous sausage race in the middle of the 7th innings.

How would you explain the MLB season, and playoffs to a complete newcomer?

UKBC: There are two conferences, the AL (American League) and the NL (National League). Each conference is split into three divisions, East, West and Central and there are five teams in each division.

A game is played over nine innings. Each team has three outs to score as many runs as possible and both teams get nine attempts to bat and field. The away team is always shown as the top team and the home team at the bottom on the scoreboard. The away team always bats first. You score a run if your batter gets around all four bases. The easiest way is to hit a home run, but otherwise, you have to run the bases which is a whole load of fun to try and work out when you start off!

Each team plays 162 games in the regular season, so it’s a marathon and not a sprint and you will see plenty of wins and losses. It’s not unusual for any team to lose four or five games in a row or equally to go on a ten-game win streak. That takes a little while to get your head around. As football fans, we aren’t used to seeing us lose/win every day.

Wins and losses don’t accumulate points. Rather a percentage is worked out of your wins and losses (there are no ties/draws in baseball as it will go to extra innings until there is a winner). This is worked out as Wins/No. of Games Played. The result isn’t a percentage more a three-point decimal so if you win half of your games exactly (50 wins from 100 games played) this would be shown as .500 on the standings. The nearer to 1 that number is, the better.

(Note: This is worked out as the number of wins divided by total number of games. The Brewers have won 78 games and lost 68, so their percentage is .534).

As time goes by, the better teams start leading their respective divisions though and the quality shows. The aim is to win your division – each division winner automatically qualifies for the playoffs – but the three teams in each conference with the next best records (so not necessarily the three runners-up of the divisions) will make the wild card series along with the division winner with the worst record. Then it’s a knockout competition as per the chart below. The NL teams play each other in the postseason and the AL teams play each other until you have a winner of the NL and AL. They then play each other for the World Series! 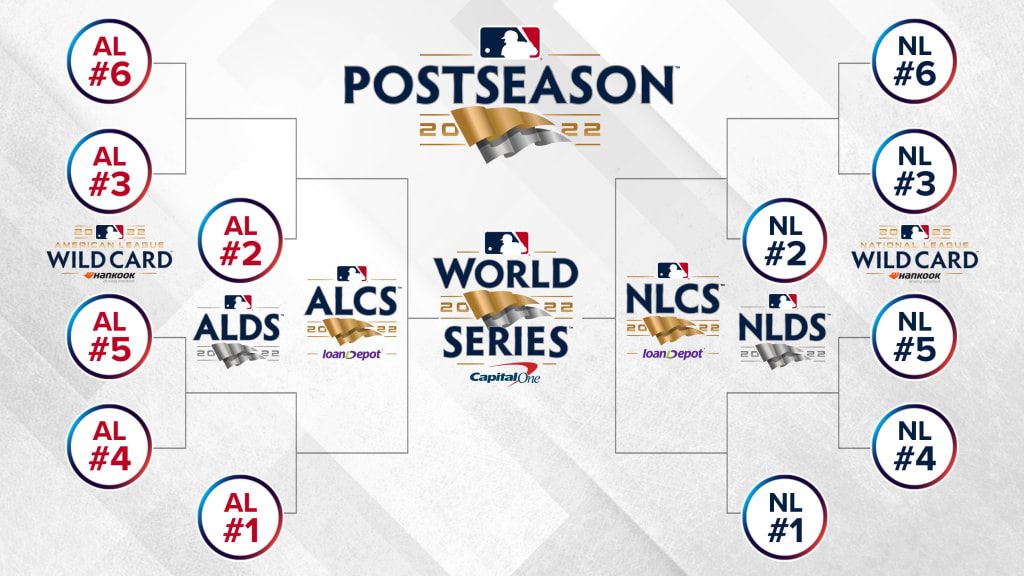 What’s the best way of following MLB for any fans in the UK?

UKBC: BT Sport show a couple of games most days but they are generally the bigger teams so if you want to watch the Brewers, the best thing to get is an MLBTV subscription which is about £130 a year. It seems silly to subscribe to a service that is showing games predominantly when we are sleeping but all games get archived and you can watch them as live immediately after the game finishes. So for us, when we wake up. Some people just watch them live though and have six months of sleep deprivation!

Finally, what’s your opinion on Mark Attanasio becoming a director at Norwich City?

UKBC: Like most Brewers fans over in Wisconsin, I would rather he concentrated his money and efforts on the Brewers winning a World Series. I appreciate he is speculating to try to increase his revenue streams in the future and that could help the Brewers down the line too.

I have also spent the last eight years trying to promote the Brewers through my Twitter, and Instagram accounts and with a podcast with a mate (plug – Roll Out The Barrel @ukbrewcrewpod on Twitter) as well as baseball in general over here in the UK through the MLBUK community and this has helped give the team a bit more of a profile, so I have to take that as a bonus too. Ultimately though I am thankful he didn’t buy a team I dislike. I am a Brighton fan so I appreciate the struggles teams like us and Norwich go through to be competitive and I’d have been really annoyed if he’d put money into Crystal Palace!

I’d like to thank Mark for taking the time to talk to me and encourage you to check out UKBrewCrew if you’re interested in the Milwaukee Brewers, or Major League Baseball.

In the words of Mr Attanasio, it is truly eerie how similar Norwich City, and the Brewers, are.

The Away Fans @theawayfans ·
1h