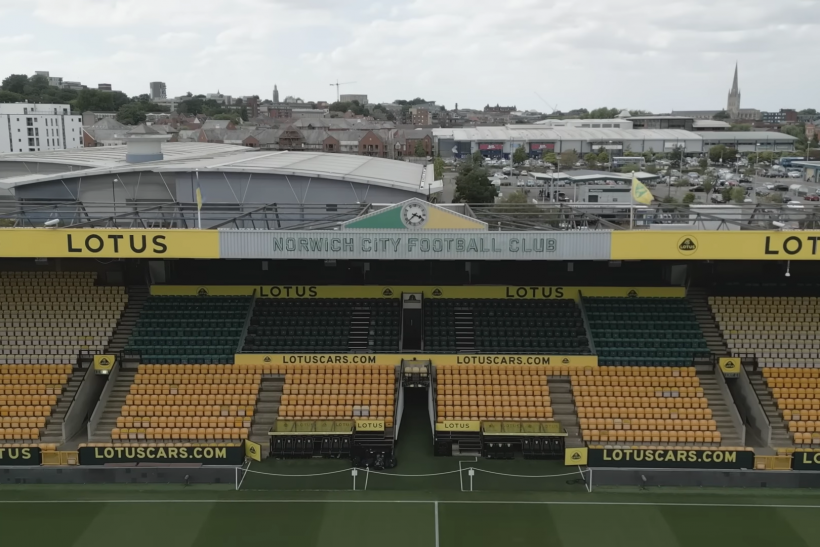 International breaks often divide opinion among football supporters, as the hectic routine of following your club as they play twice-weekly – almost every week – is disrupted in order for a number of international matches to take place.

Personally, I found it difficult to get excited for England’s games against Italy and Germany because, while it is an improvement on drab friendlies or qualifiers, the Nations League does not have enough meaning to it for me. But I guess that’s just the case for most international fixtures played outside of major tournaments.

Thankfully though, the options for matches to watch on television at the weekend were not as limited as I had initially feared, with the Women’s Super League taking centre stage on both the BBC and Sky Sports.

On Saturday afternoon, the attendance record for the division was broken as more than 47,000 punters watched Arsenal thrash Tottenham Hotspur at the Emirates Stadium, before another 27,500 headed to Anfield for the Merseyside derby – which Everton won 3-0 – just over 24 hours later.

Following the joy of the Lionesses’ European Championships triumph, seeing so many fans piling into big stadiums once again felt significant, and also made me think – surely it’s about time Norwich City Women took to the Carrow Road turf?

City’s women were last due to play in NR1 in April 2020, but due to COVID-19, their Norfolk County Cup final against Wymondham Town never took place, and to my knowledge, the opportunity has not arisen since.

Over two years on, the Canaries’ women’s side are now fully integrated with the club, and there are a number of signs that suggest things are moving in the right direction.

Bringing in Norfolk-born Flo Allen in the summer to become City’s first Women’s general manager was the first key step, with the former Bristol City defender’s knowledge and enthusiasm shining through in her first interview on official club channels.

And having won four of their opening five league games, drawing the other, there is optimism that Norwich will be competing towards the top end of the FA Women’s National League South East Division One come next April.

For context, City tasted victory in two of their opening 10 matches last term and finished the campaign just two points clear of the relegation zone.

The Nest in Horsford is where the women’s team currently call home, and two games have already been played there this season, with a record crowd for the Community Sports Foundation’s state-of-the-art hub recorded at the first.

However, if City are serious about building off the success of the Lionesses to expose the project they are developing to the club’s supporters, hosting a women’s fixture at Carrow Road is a must.

There should be no expectation that Carrow Road would go close to selling out should a date be arranged, but I would argue that several thousand Canaries fans would be interested in getting behind the women’s team.

It was impossible not to hugely admire the efforts of England in July, and seeing North Walsham-born City supporter Lauren Hemp play a starring role made it all the more special for those with yellow and green glasses on.

The level of interest in the women’s game in this region was also clear to see earlier this year, when 14,284 people turned out at Carrow Road as Hemp and co. took on Spain in the inaugural Arnold Clark Cup.

In addition, there’s an argument to suggest that some fans would be more inclined to attend a fixture in the centre of Norwich at a venue familiar to them, rather than making the short journey out of the city.

Of course, picking the most appropriate date will be crucial if a potential women’s match at Carrow Road is to be a success. With a couple of home fixtures scheduled during the upcoming men’s World Cup, when City fans will be starved of any Championship action for a few weeks, that looks – to me at least – to be a good opportunity.

As things currently stand, Howes’ women will face AFC Wimbledon two days after Josh Sargent’s USA do battle with England in Qatar – what a double-header that could be!

Alternatively, Norwich might like the idea of having their men’s and women’s teams playing at Carrow Road on the same day, which is something Sunderland tried in August when Dean Smith took his City side to the Stadium of Light.

Needless to say, there’s a chance the club will already have some sort of plan in mind – which will almost definitely involve far more complications than I have mentioned – and are simply waiting to announce it.

So, it’s over to you, City chiefs. The demand for women’s football is there, so it’s time to get a date at the Carra in the diary.