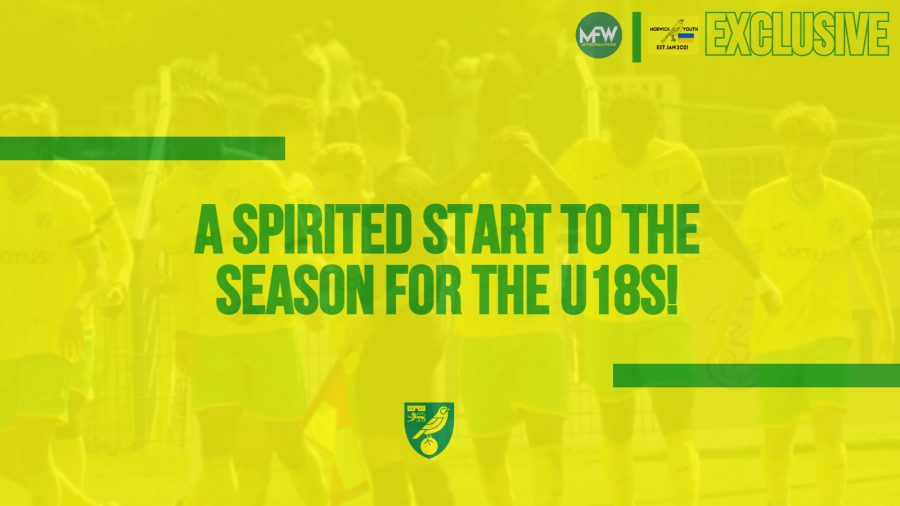 The Under-18s have had a positive start to their league campaign and currently sit in fourth place. Two wins, one draw, and one defeat have enhanced the mood for the games ahead.

This is a new experience for the majority of the squad, as up to this point, they’ve only played in cups. This is their first season of league football.

Playing in a league is a healthy step up for the U18s, as it places more emphasis on consistency; something they have demonstrated so far and which is, of course, a healthy habit to get into.

However, last season’s league campaign was far from perfect. They finished rock bottom, with the least goals scored and the most conceded. Injuries to key players resulted in them failing to gain any positive momentum throughout last season.

After that unsuccessful campaign, the feeling was a major squad overhaul would occur. And while that has an element of truth, there is still a core of players who were involved last season.

Osman Foyo, Alex Matos, Ken Aboh, Waylon Renecke, Finley Welch, and Dubem Eze were part of the 2021-22 season, but their performances this season have been the catalyst of this promising start.

For example, Foyo has scored twice from right midfield, Aboh has also scored twice, Matos has carried a dangerous threat on the left, and Welch has been a steady influence in midfield.

As with every U18s season, there has also been an injection of new blood in the team too. Ten scholars signed for City at the start of the season, as a reward for positive performances in younger age groups.

As with every scholar intake, there is a mix of players in all different positions, meaning they’ll all have the opportunity to impress.

So far, many have adapted well to the challenges of U18s football. In goal, Caleb Ansen has made some brilliant stops so far, which has led to the U18s having one of the best defensive records in the league. There have also been good defensive performances from Alfie Doy, Waylon Renecke, and Alfie Pinyoun.

Among this scholar intake, there are also some players who have international youth caps – Alex Roberts (Wales), Benjy McCabe (Wales), and Waylon Renecke (England) – which upgrades the quality of the group.

This season they have set up in a 4-4-2 formation, which has worked well to contain and attack teams. One of the games in which this shape worked perfectly was Chelsea (A), on 17 September.

As you may know, City beat Chelsea 1-0 in this game. While the Blues spent the majority of the game, dominating possession, and creating chances, Norwich stood firm and defended well. A massive part of this was their efficiency in getting back into shape.

Chelsea repeatedly attacked City on the flanks, especially in the first half, meaning Tyler Williams (LB) and Benjy McCabe (RB) had an intense game, due to the pace and trickery of the Chelsea attackers.

There were moments in which the two wide attacking players (Foyo and Eze) and the two centre-backs (Renecke/Alfie Doy and Charlie Campbell) had to cover the fullbacks as the wide players were looking dangerous.

Overall, the fullbacks battled well and contained them through large periods of the game. A special mention to McCabe who played on both sides, and demonstrated his good tackling abilities.

Unfortunately, Renecke picked up an injury in the first half, which meant that Doy had to take his place. Despite a yellow card against him immediately, he grew into the game and contributed with a fine performance. One moment in particular that stood out was his recovery speed to deny a Chelsea attacker having a one-on-one opportunity – sprinting from the halfway line to the 18-yard box.

This game demonstrated a huge volume of character and resilience in this squad, something they will no doubt need to draw on again as there will be challenging moments across the season. One player in particular who showed this character in the Chelsea game was Uriah Djedje. 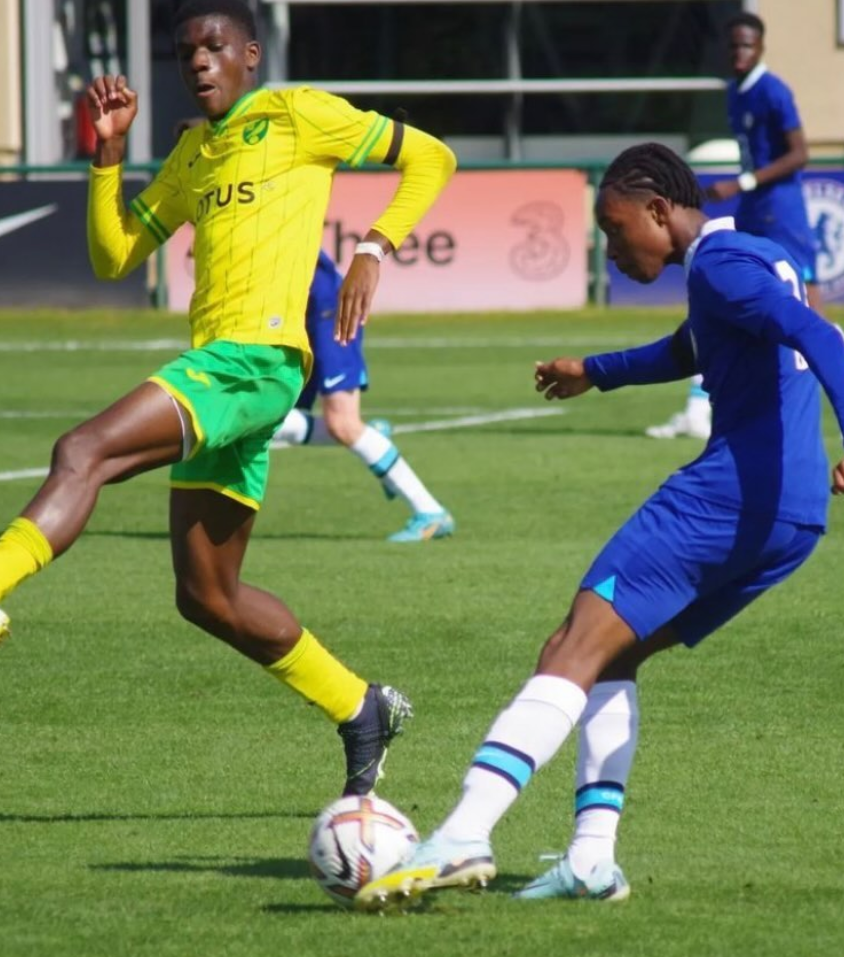 Djedje is a typical box-to-box midfielder and gives the team an abundance of energy in the middle of the park. He likes to get forward and be progressive on the ball, but his main strengths are his defensive qualities as he’s effective at winning the ball back, and quickly getting back into shape quickly.

He’s also charismatic on the ball, loves to drive forward, and so alleviates pressure from the defence.

Uriah is also versatile, as, in addition to being a box-to-box midfielder, he can also play as a holding midfielder and a central defender, which gives manager Gregg Crane many options.

His performance in West London two weeks ago was sublime and was arguably the best player on the pitch. He has the potential to be a tidy box-to-box midfielder at first-team level, but there is still a long way to go. He’s on the right path.

Someone who’s also been influential this season is Finley Welch. The central midfielder and captain has orchestrated the team brilliantly, stepping up with a goal and an assist so far, and has been a mature head in midfield.

Simple actions like winning fouls and retaining the ball are his strengths and he provides a solid base alongside his central midfield partner, allowing the attackers to flourish. He is a well-respected member of the U18s team.

The U18s are currently unbeaten away from home, two of those have been won with a one-goal margin, meaning they thrive at holding onto leads. The blend of the new scholar energy and the experience at U18s level have complimented each other well and reaffirms the willingness to succeed.

But every good side has a goalscorer. And for the U18s, that’s Ken Aboh.

Aboh is highly rated and has already earned himself a professional contract until 2024. He made his U21s debut last season after racking up an impressive goal tally of nine goals for the U18s and looks likely to continue that trend this season. He’s scored twice in the league already.

Compared to the other strikers across the academy, Aboh is unique. He’s a tricky customer due to him having a low centre of gravity and an abundance of pace and trickery on the ball. He’s also intelligent with his movements, which is pivotal for a striker.

His goal against Chelsea was a perfect example, of an intelligent run, topped off with a great touch and finish.

So, the U18s have started the season positively but it is only a start. They are going to need the whole squad in the upcoming months, as they potentially compete in three different competitions, and this will test the players physically and mentally.

The promise is apparent but it’s still too early in the season to project the success of this U18s team.