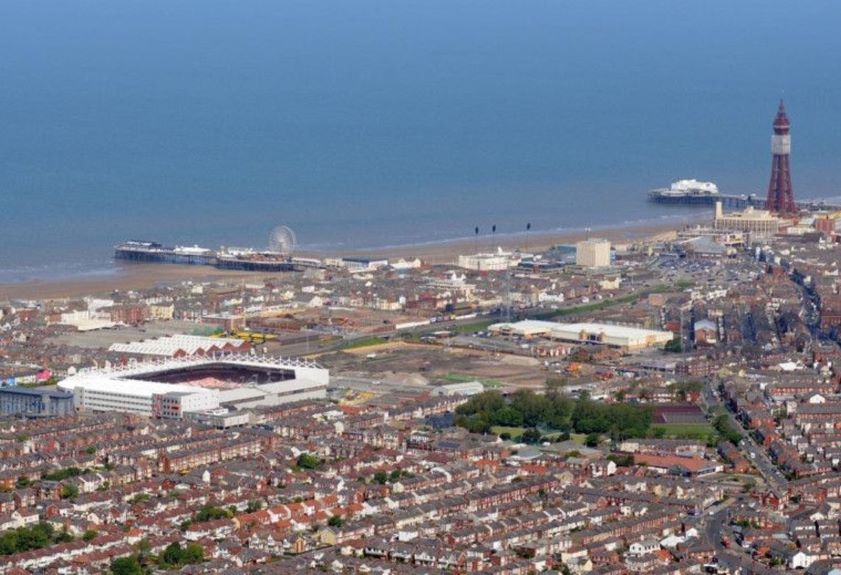 The Canaries pick up the post-international break baton against Blackpool at Bloomfield Road on Saturday afternoon and there is a nice little bonus on offer for supporters.

For the princely sum of £90 [£75 if you’re a season ticket holder], you have the chance to join Norwich City legend Wes Hoolahan for a pre-match meet and greet, complete with match ticket for what is quite literally a balcony seat, three-course meal and loads of extras such as table service for drinks, match programme, and teamsheet.

Sounds too good to be true, doesn’t it?

And, as absolutely always in life, it is – unless you’re a Blackpool supporter, of course!

Wes, who played 99 times for Blackpool and scored 16 goals in the famous Tangerine, has agreed a hospitality gig in Club Matthews when we take on the team we signed everybody’s favourite Dubliner from back in 2008.

As most of us know, Wessi proceeded to score 54 goals in 352 games in yellow until his departure in 2018, was awarded his place in the Hall of Fame as early as 2012, and was PotS in his final season. In his spare time, he turned out 33 times for the Republic of Ireland.

Now I have very little knowledge of Blackpool, including its football team, so I’m going to hand over to MFW regular Alex Bain, who lives not that far from the renowned Golden Mile.

“Blackpool are a club with a rich history The 1953 Matthews Final will resonate for those of the older generation but in recent years the Owen Oyston ownership with Ian Holloway as manager will readily come to mind – for all the wrong reasons in the case of the formerly mentioned gentleman.

“Famous players we will remember from the 1950s include Stan Mortensen, Jimmy Armfield and, of course, Sir Stanley Matthews, while 1966 England World Cup winner Alan Ball went on to make his career with Everton and then there was Emlyn Hughes who won most things after moving to Liverpool in 1967.

“All five of the above tried their hand at management at some point after hanging up their boots and it is fair to say that none were particularly successful in their ventures although it could be argued that Ball had his moments at Portsmouth.

“After nearly 40 years in the wilderness leading to a single season in the Premier League, the bubble had burst and it took a long fight to get a new owner to replace Oyston and start the club on an upward path once again.

“The Segantii were a north-western based tribe of pre and post-Roman times. [I bet our East Anglian Iceni would have given them a right good kicking, especially if star striker Boudicca was on form – Martin] These days Segantii is the name of a Hedge Fund in Singapore owned by Simon Sadler, who is also the current owner of Blackpool FC.

“Sadler’s aim is the Premier League but that dream took a knock this summer when highly-rated manager Neil Critchley decided to leave and become assistant to Stevie G at Aston Villa, Blackpool’s best player from last season Josh Bowler was sold to Nottingham Forest who promptly loaned him to Olympiakos for the season.

“In came the really not-so-new new manager, Michael Appleton who is in situ for the second time – he previously managed the Seasiders for 10 games under Oyston after Ian Holloway left,

“Wessi apart, there have been a handful of players who have spent time previously at both clubs”.

Sonny Carey came through the NCFC academy but was released and joined King’s Lynn before moving to Blackpool in 2021.

Keeper Matt Gilks, the counterweight in the Wes #14 deal – didn’t play for Norwich but made 182 appearances for Blackpool.

James Husband left City on loan and signed permanently for Blackpool in 2020. He’s still there after 76 appearances.

Ted MacDougall made 112 appearances and scored 51 goals for City. He was assistant manager at Blackpool alongside Alan Ball and made 13 appearances for ‘Pool as a player [I didn’t know before that SuperMac ever played for them – Martin].

“Since Appleton arrived Blackpool have been more physical than under Critchley and results have been a mixed bag. They currently sit 19th in the table having only won one and drawn one out of four played at home, winning two, drawing one, and losing three away with a GD of minus five, scoring 10 and conceding 15.

“Blackpool have the players to spring a surprise on City but are apt to wobble if they go behind and also, like City, lose concentration for periods of the game – normally near the end of each half!

“They haven’t got a real goalscorer in their squad and right-back is a weak position for them, plus the supporters aren’t convinced by Appleton.

“Players to watch might include Theo Corbeanu, their top scorer with three in nine, the evergreen Gary Madine and Jerry Yates, who I am told is similar in style to Wessi.”

Many thanks to Alex for his words and research and I’m sure we’ll hear from him just before we take on Blackpool again in the last game of the season. I wonder which way the wind will be blowing then!

And if any readers thought I was going to leave you with George Formby, I’m not