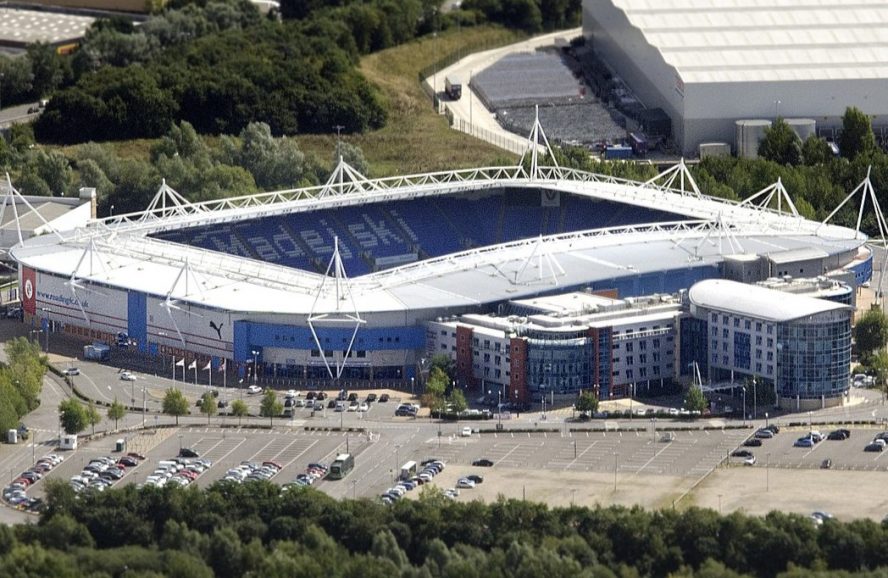 Not many were predicting an early-season promotion charge from Reading and, in fact, the bookies and experts were talking up a right Royal battle at the opposite end of the table this season.

But something is stirring down Berkshire way and a home win at the Madjeski tomorrow night would see Reading leapfrog City in the table.

It’s been a flying start for the Royals, James! Did you see this coming? Given that many of the so-called experts (and bookies I believe) had you down as relegation contenders before a ball had been kicked have you surprised yourselves?

I think if anyone tells you they had Reading down to be in the top half, never mind the top six, after almost 1/3 of the season, they would be lying. It has been an incredible start from a team unable to spend money and a squad of 13/14 players due to injuries.

Blimey, that really is a light squad and makes Ince’s achievement all the more impressive.

From the outside looking in, it appears he has successfully gone for experience in order to turn around your fortunes after a difficult time last season. Fair comment?

Ince has certainly installed an experienced spine, with the likes of Andy Yiadom, Sam Hutchinson, Jeff Hendrick, Tom Ince and Andy Carroll all prominent figures at the club.

However, the young players have really stepped up too. Tom McIntyre and Tom Holmes, two Academy graduates, have almost 100 appearances each at ages 23 and 22, while Tyrese Fornah, Nesta Guinness Walker and Mamadou Loum have all impressed in their debut Championship campaigns.

There’s a good blend with plenty of characters in the dressing room.

I see Carroll started against Huddersfield. We all know what he’s capable of when he’s fit (which is not that often). Do you think Ince will start him alongside Lucas Joao?

He started on Saturday, so it might be a bit much to expect him to start again three days later. However, he looks fitter and stronger than he did during his brief spell last season and had 20 minutes or so rest at the end of the game on Saturday.

With Yakou Meite finding the net from the bench last time out, it wouldn’t surprise me if he was the one starting. Having said all that, I expect Reading to line up slightly more defensively than they did against Huddersfield, perhaps even with just the one forward and Tom Ince providing back-up just behind.

So who else do we need to look out for? Who’s impressed so far this season?

Tom Ince has arguably been Player of the Season so far. It’s like he has an inbuilt V8 engine, he gets everywhere. He also has that bit of stardust where he can pull something out of nothing.

Tyrese Fornah is a big bundle of energy in midfield and is capable of the odd long-range effort.

Also, everyone in the Championship knows about Lucas Joao. If he’s on it, he’s unstoppable in this division. Just depends what day you catch him on.

Away from on-field stuff for a minute, how are things off the pitch? Are the owners, Dai Yongge and Dai Xiu Li still aiming for the stars? The fans more content now?

Things are finally moving in the right direction. Having been under an embargo for three years, we haven’t signed a player for a fee since 2019.

While still paying the price for overspending, Mr Dai has put a team together off the field who are competently running the football club. Mark Bowen and Brian Carey are the driving forces behind recruitment and the overall running of the club, which is something we’ve been crying out for.

Mr Dai has even attended 5/6 games in person this season, more than he probably got to in the previous years combined. After a nadir last year of pitch invasions and fan unrest, there is a real unity between fans, club, and players – all striving the keep Reading in the Championship and push on from next season.

Mark Bowen is still in the house? Involved in recruitment? Interesting.

So, after this flying start, do you see top two as a realistic prospect?

Nobody in Berkshire is seriously considering Reading as promotion candidates. The plan all along has been get to 46-50 points, secure survival as soon as we can and maybe re-evaluate from there.

Going down either last year or this year would be catastrophic for the football club, so while everyone is enjoying it being near the top – we are enjoying it while we can. No doubt though there will be a section that will feel we should be aiming higher than 21st after this start.

Personally, staying up with such a small squad on one of the lowest budgets would be a real achievement for Paul and the squad. Next year is then when the added pressure of league finishes comes back.

What have you of our yo-yoing? How are we perceived in Berkshire?

To be honest I don’t think anyone has much of an opinion of Norwich down here. Everyone knows they’re a very strong Championship side who will be there or thereabouts come the end of the year.

Having won on Saturday, this is very much being seen as a free hit and more about keeping the game competitive and respectable than winning. But you never know in football.

Reading have a horrible habit of losing heavily- conceding threes and fours to Sunderland, Rotherham and Sheff U. I think you’ll win, and perhaps the score will look worse than it appears. I’ll go 3-0 Canaries, but two late counterattack goals to put a gloss on the result.

Thanks to James for his time... even the bit where he said no one in Berkshire even has a view on us.