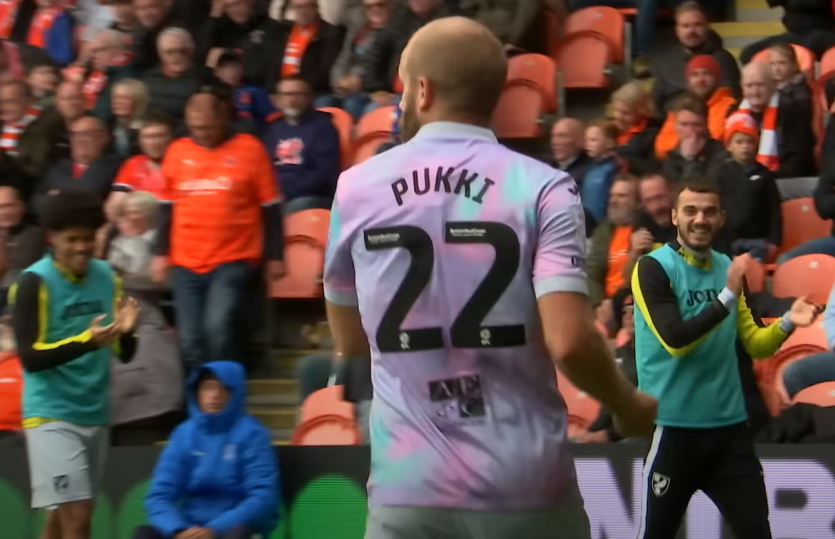 With eleven games played, this season is no longer in its infancy as we enter the Oktoberfest period of the Championship.

Nobody of a Yellow and Green persuasion is unaware of how crucial this month may prove to be with regard to our promotion credentials as the matches keep coming thick and fast. We must face Sheffield United, Burnley and Watford in this period, but I for one don’t see that factoid in quite the same daunting manner as quite a few of my fellow Canaries.

Disjointed? Flat track bullies? Or a side that has simply found a way to win with whatever is available at the time in terms of manpower?

We’re about to discover some answers, and quick.

I remember replying to an MFW comment on this topic just a few days ago by saying that, on paper at least, the first week of October looks the easiest. We started it in the best possible way on Saturday with the win against Blackpool on the North West coast and strung some tasty stuff together between Teemu Pukki’s 21st-minute strike and halftime.

Pukki’s goal was of a vintage. A crazy attempted backpass from Dom Thompson let the Goat in and he strode forward before beating the venerable Chris Maxwell with consummate ease. The unfortunate Thompson felt compelled to demonstrably acknowledge his guilt to the Tangerines’ fans at the final whistle.

Yes, we could and probably should have had one or even a couple more goals in order to see the game out in more comfort than we did but we still remained firm and took the three crucial points.

Dean Smith once more used his substitutions to great effect and one thing that makes me think we need not be scared of the Blades, Clarets, and Hornets is that even with a good few players still out injured we were able to bring on quality subs such as Kieran Dowell, Danel Sinani, Gabriel Sara and most significantly in this instance Liam Gibbs, who I think will have a strong influence on our fortunes during the remainder of the season.

There was a strong sense of an entirely committed set of players working for each other on display, and Dean Smith said afterwards that “our spell before half time is what we have been seaching for”.

Aaron Ramsey chipped in with “the club is amazing and so are the fans” and that’s exactly what we like to hear, Aaron.

While we continue to grind out the results there is still of course the underlying feeling that although we’ve yet to truly click things aren’t looking too bad.

Andrew Omobamidele and Grant Hanley are back and Angus Gunn slipped under the radar to return to the bench. Dimi Giannoulis isn’t far away from a return and coupled with the clear-headed presence of young Gibbs we are becoming ever closer to fielding a truly balanced side.

Securing 18 points from the “big three” clubs I have singled out would be fantastic but it ain’t a prerequisite and that’s for sure. Deep down most of us would much appreciate 12 on the board and nine wouldn’t be a disaster so honestly folks, it’s not all about nabbing points from the big fish.

Reading [away] will not be an easy game tomorrow night but another win would create a nice little cushion between ourselves and fourth place in the table.

I firmly believe that in the long run it doesn’t matter exactly where the points come from. It’s the acquisition of enough of them alone that counts.

And in the meantime all of us supporters will have to do as Noel, Liam and crew did back in the day.