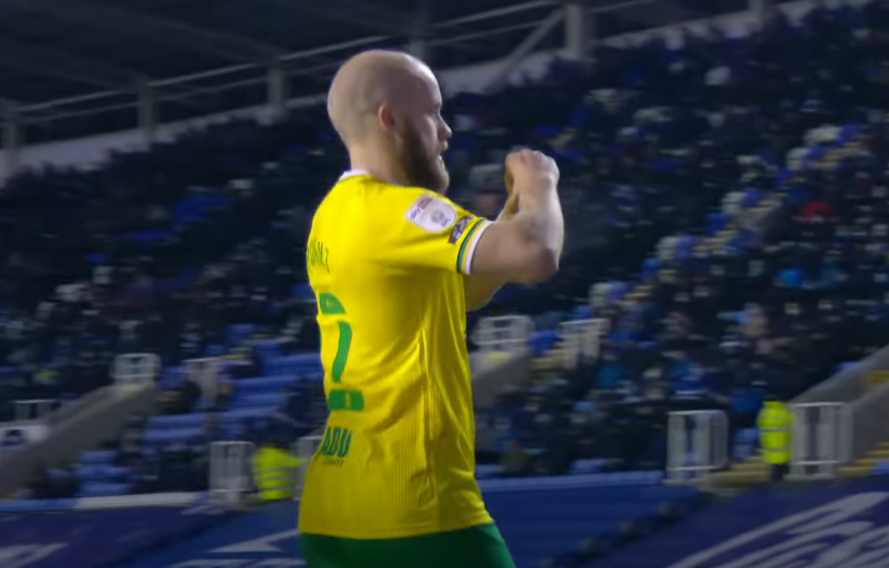 Tuesday night and the Championship’s relentless march continues to a town where I lived for a decade, Reading – a team managed between 2019 and 2020 by Norwich City Hall of Famer, and arguably Norwich’s greatest-ever left-back, Mark Bowen.

Our first meeting with Reading came in the 1908-09 FA Cup. The two were drawn in the first round and after three attempts it was Norwich that progressed and the prize of an away trip to Anfield (and another famous yellow and green cup win).

The Reading cup tie was not without controversy after the Royals refused to play at Norwich’s new home, The Nest, citing a small pitch and safety concerns. Norwich, therefore, hosted the ‘home’ game at Stamford Bridge.

Meanwhile, the second replay (after a 1-1 in Berkshire) was held at Villa Park. Therefore, in the space of a week, Norwich made their debuts at two of England’s iconic grounds without playing either Chelsea or Aston Villa.

The only other FA Cup meeting was on 14 November 1959. The last time City had played in the cup was the 1959 semi-final versus Luton Town. Elm Park, in November, was some comedown after the thrills of the ’59-cup run, particularly as we lost after a replay.

A semi one year a first-round exit the next!

Looking at the bigger picture, 1959-60 was a successful season, with Norwich doubling Reading 4-2 and 2-0 on their way to promotion to the Second Division.

It was only the second time City had enjoyed a promotion, the last coming at the end of the 1933-34 season. One of our promotion rivals that season was Reading who defeated City 1-0 in a top-of-the-table clash in April 1934. It was Norwich’s first defeat in 20 games a win stretching back to Christmas but not enough to prevent us from winning our first championship.

One stand-out game in the late 1990s came on 3 May 1998. The significance was huge for the home team as it represented their last-ever game at Elm Park, Reading’s home since 1896. Just over a century of memories ended with a young Craig Bellamy winner in a 1-0 win for the Canaries.

There have also been some good times at Reading’s new home, the Madejski Stadium. Top of that list was a famous Easter Bank Holiday win towards the conclusion of the 2003-04 campaign. The City goal was certainly memorable; Phil Mulryne’s long-distance strike after a Reading clearance had struck the referee’s back.

The goal was scored late in the game, in front of a packed away end and, for me, with that luck it was the moment I was convinced we were going up.

Of the 72 league games, it’s surprising that only two of those were in the top-flight – the Premier League in 2012-13. Norwich remain unbeaten against Reading at that level with a 0-0 and a 2-1 win that proved crucial in pulling City clear of the relegation zone.

City are unbeaten in the last seven against Reading. That run includes six wins with one of those wins being an incredible 7-1 on 8 April 2017 – a game that saw us go in at halftime 6-1 up.

The two most recent meetings between the two teams came in the Championship-winning season of 2020-21, when City won 4-1 at Carrow Road and 2-1 at the Madjeski.