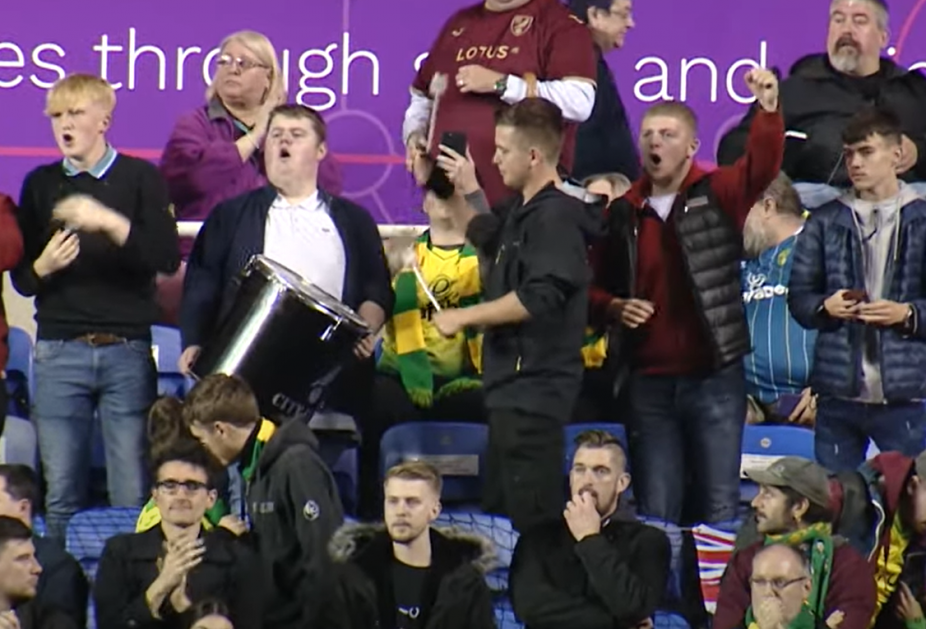 Traditional footballing convention tells us we should be happy with that.

A point away from home against the side who were third, just two points and one place below us, sounds fine. So too the fact the league leaders lost at home, which means we’re now level on points with them and only second on goal difference.

Well, on the face of it, nothing, especially if you’re able to ignore the fact it was a performance largely devoid of joy, inspiration, and guile.

But it was… devoid of all of those things.

Despite digging in, putting bodies on the line, and doing the ugly stuff well – all of the things we lauded them for on Saturday – by no stretch of the imagination could that be deemed a good performance.

One shot on goal.

Some credit of course must go to Reading who, I guess, did a number on us, and by using Andy Carroll as a 6’6″, immobile lynchpin they caused us problems.

Any side with Paul Ince and Alex Rae snarling and prowling in their technical area is going to be combative and feisty, and sure enough… And, on that note, during the latter stages of last night’s first half, there were ominous signs of us being bullied again – an issue we hoped was a thing of the past.

The stars of the show were again those who travelled, with the Madjeski (as I’ll always know it) rocking to the beat of a drummer in yellow and green. They were non-stop all evening and via the prism of Sky Arena, it sounded like a great atmosphere – one unbecoming of the fare on offer.

Incidentally, I concur with those who point out that away performances like last night’s are the bedrock upon which promotion charges are built, but that assumes that between the performances of grit and determination there are also some of fluency and class.

For now, that second element is missing. Every performance is stodgy. All shade, no light.

As ever, the big question is whether we can sustain this level of performance while still picking up results, or whether, with some very big games incoming, the lack of quality will eventually be matched with a lack of points.

But there’s a little more to it than that. It is nice to be entertained occasionally.

It’s football, so we don’t expect it to happen all the time – it’s not like going to a gig or the theatre – but part of football’s allure is the hope that you’re going to see a good game; that belief your team is going to play some good stuff; that they’ll get you on the edge of your seat; that you’ll come away buzzing and with talking points aplenty.

But, right now, none of those things are happening. We’re picking up points but it’s pretty joyless.

That Dean Smith knows and acknowledges this is a good start, but it’s down to him and Craig Shakespeare to find a formula that will at least sometimes entertain us as we collect those points.

A worse scenario would, of course, be playing poorly and not winning or drawing – so let’s not appear too ungrateful – but on paper this squad is capable of more than its delivering on the entertainment scale.

It does however lack an X factor. There is no Emi Buendia type to find that killer pass that so often got us out of jail in games that looked as if they were drifting away. We hope that Marcelino Nuñez will become that man, but he’s not there yet and, in fact, had a poor one last night.

He wasn’t alone though. I’ll not name names but there was one central midfielder last night that wasn’t Nuñez or Liam Gibbs who found more advertising hoardings than he did City players.

And the fact that two of the front three got hooked says a lot about their night, and if the third member had suffered the same fate no-one would have blinked an eyelid.

While it’s clear Smith feels the need to play Josh Sargent due to that purple patch he had in front of goal, it’s equally clear that him playing as a right-sided attacker is never going to work. Maybe now’s the time to bite the bullet and make a straight choice between him and Teemu Pukki (it’ll be Pukki) and play someone on that right side more naturally suited to the role.

But, amidst the ponderous sideways passing and laboured build-up, there was a 19-year-old who shone.

No one would have been able to tell Liam Gibbs hadn’t kicked a ball in anger for 37 days. In a midfield that was crowded and, at times, frantic, he more than held his own both with and without the ball and appeared to get stronger as the game went on.

We haven’t half missed his ability to take the ball under pressure and make a pass. We just need those more experienced heads arounds him to latch onto that same principle.

But, all said and done, we took a point from the side with the best home form in the league and, regardless of how it was achieved, we still remain in a good place.

Let’s not lose sight of that.