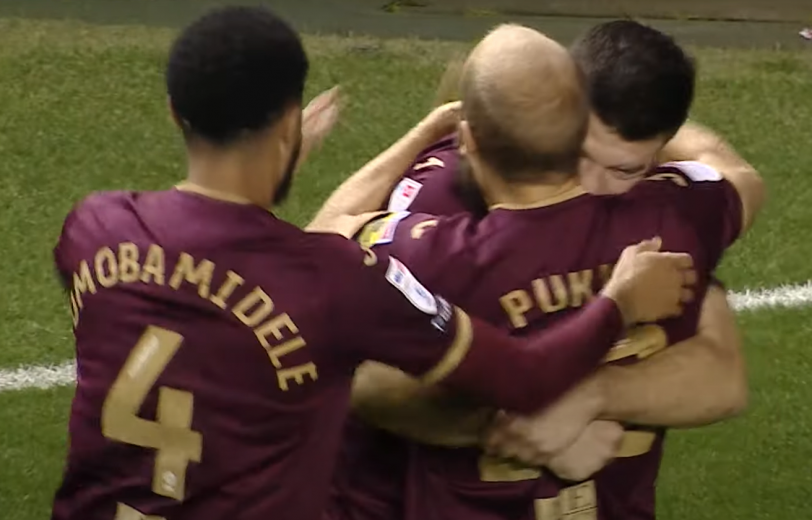 The joys of international travel have restricted my opportunities to watch the last few games apart from the odd half here or there. But normal service was resumed last night.

Dean Smith made a key decision when it came to his team selection. Few would argue with the inclusion of the fit-again Liam Gibbs, however from the very off it felt like he replaced the wrong player as it was Onel Hernandez who returned to the bench.

City started the game solidly enough, dominating possession without really fashioning a serious threat. The formation may nominally be 4-3-3 but more often than not, Josh Sargent drifted infield to support Teemi Pukki.

What I saw on Saturday was Hernandez providing natural width on the left. With Aaron Ramsey in that role, there was no width and too often, the Reading back three were able to snuff out the City forays forward.

Reading were happy to drop off City and pack the midfield. When they won possession, they usually played a high ball forward towards the evergreen Andy Carroll. He played with intelligence, dropping deep or wide to receive the ball. After Carroll, Junior Hoilett was the next major threat.

Sam Byram had his hands full and Hoillet’s crosses were a constant source of danger.

After the opening 15 minutes, which saw City dominate possession, Reading found their stride, pinning City back in their own half.

On 18 minutes, Hoilett delivered a telling cross which Carroll met, only for Tim Krul to pull off a good save – the experienced striker coming in cleverly from the left only had to beat Max Aarons to the ball – hardly a contest.

The ball was cleared but came back into the back post, only for City to clear again.

City needed a breather, and a foul on Kenny McLean allowed them a few moments to recover. But the ball was soon back in the City half. A long ball was cushioned by Carroll, in acres of space, wide to Guinness-Walker. As he received the ball, he was clipped by the onrushing Marcelino Nunez for a free kick level with the edge of the centre circle.

The free kick was played in dangerously but the battling Sargent headed it clear, only for it to fall to Jeff Hendrick whose swerving shot flicked off the outside of the post with Krul stranded. City seemed to be reeling.

Gradually though, they regained some semblance of order. With Gibbs back in the side, the link between the back four and the midfield seemed smaller, with the youngster always willing to drop back into space to receive the ball.

On 23 minutes Aarons and Nunez worked well together, only for the Chilean to receive a nasty-looking tackle from Tom Ince. In the world of VAR, he could have seen red but it was only a yellow.

Nunez played a good free kick in, which was cleared for a throw. Pukki took it quickly and the ball was played back into Grant Hanley who should have done much better with his free header.

Hoilett showed his danger again on 31, a wicked curling cross just evaded Ince and the defenders.

City continued to gain more and more possession yet struggled to create anything meaningful, shorn of width on the left, most moves went down the right.

The best move came on 38 minutes. Pukki dropped deep to get the ball, turned well and played it wide to Aarons. He in turn laid the ball to McLean who dinked a cross back into the middle, only for it to bounce off the top of the bar.

The second half started dreadfully. City tried the usual high ball to the wide right position but somehow Nunez put the ball out for a goal kick instead.

Sargent broke forward, checked and played it infield to Nunez who scuffed his sidefoot shot wide. Reading broke back but Hanley showed great speed covering across to not only win the ball but also to beat the attacker and put the ball to safety.

A minute later, Gibbs received the ball in the City half and made a powerful run across field. He played it to Aarons who played the ball off the defender for a corner. Nunez took it to the near post where Byram flicked it on to be met at the far post by Hanley, the big Scot lashing the ball high into the opposite corner. 1-0 City.

FinallyCity found some swagger. Hoilett was dispossessed by Gibbs who made another penetrating run. This time he found Sargent, who exchanged passes with Nunez before crossing from the left. The onrushing McLean couldn’t get enough on it and the ball went well wide.

City defended a series of Reading crosses and were looking better and better value for the lead, especially as news of the QPR goal against Sheffield United broke.

Then the ball came to Guinness-Walker on the Reading left. He feinted, then chipped a dangerous cross into the City box. City did well to clear it initially but it came to Hendrik, who swerved past the onrushing Nunez and hit a shot that dipped under Krul’s outstretched hand for the equaliser.

Smith acted. He took Ramsey off and brought Hernandez on.

Although Norfolk’s catalogue shopper was unable to make much of a direct impact on the game, his presence caused Reading problems, having to leave an extra defender to cover his wider and more advanced positioning.

Sargent was also becoming more of a threat. On 67 minutes, he did well on the right, playing it back for Pukki who teed up Nunez. The Chilean’s shot was deflected over. Two minutes later, more good work, McLean to Sargent who crossed to win a corner.

Smith rolled the dice again. Kieran Dowell and Danil Sinani replaced Nunez and Pukki. Both had had a quiet game by their recent standards.

On 75, Onel made a superb turn to beat his defender. He cut inside to feed Sinani who drove towards the box but shot way too early.

City then began a long period of good possession, working the ball left and right, probing for a weakness in the Reading defence. The home side seemed to have settled for a point, withdrawing Carroll and Guiness-Walker amongst others.

City, however, didn’t have the wherewithal to hurt the home side – Andrew Omobamidele heading wide from a corner was the closest they came to snatching the three points.

City still don’t look fluid or fluent. The return of Gibbs has added some balance and ballast to the midfield but until Dimi Giannoulis returns, the lack of natural width on the left will remain an issue.

For spells, City strung together some decent passes, yet always seemed to fashion a cheap way to concede possession.

Yet here we are, joint top of the league.

On my travels this week, whilst in Switzerland, a familiar figure appeared on a sports bulletin. A certain genial German, the body language and expressions oh so familiar.

Contrast that to the impassive figure of Dean Smith. Rarely animated, and when he is, it is towards Craig Shakespeare. This neatly summarises the difference in the football we are seeing.

Charismatic and distinctive contrasting with stolid. Both have yielded similar results so far – which is what it’s all about, right?

Are ye not entertained?