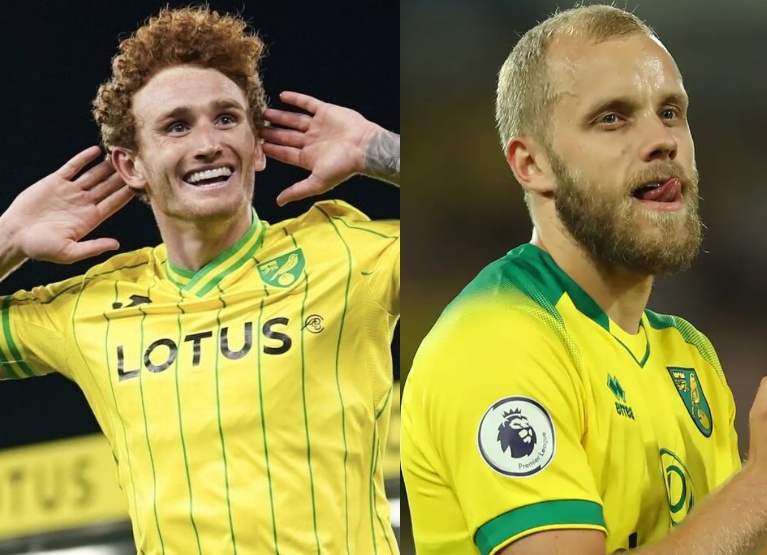 Even though City currently find themselves on a nine-game unbeaten streak in the Championship, securing seven victories within that run, it is difficult to ignore the fact that some supporters feel underwhelmed at the moment.

Of course, the midweek round of matches worked out well for Dean Smith’s men in many ways, with City earning a point at a difficult place to go in Reading while the likes of Sheffield United and Watford were defeated at home.

However, the draw in Berkshire made for a difficult watch, as the Canaries registered just one shot on target, that one being Grant Hanley’s lofted effort from close range which broke the deadlock early in the second half.

Norwich have now failed to score more than once in each of their last three games, and based on what I have seen, a big reason for that statistic is that Teemu Pukki has become slightly isolated up front.

Against West Bromwich Albion and Reading, the Finn found himself chasing shadows for long periods, with both opponents proving difficult to break down and pass through. Admittedly, Pukki was more involved at Bloomfield Road last Saturday, where he scored with one of his six shots, but the fact the assist for that goal was provided by a Blackpool defender said a lot.

To go alongside that, in Josh Sargent, City have a player who more than proved his worth as a central striker prior to Pukki’s return to the starting XI. But as a right-sided winger, the USA international does not appear to be as comfortable and often drifts in and out of games as a result.

The point I’m trying to make is, if Smith wants to start both Pukki and Sargent and get the best out of both players, surely it might be worth sticking them up front together? After all, Smith has had success while playing two-up-top as Norwich head coach before.

Back in January of this year, strikers Pukki and Adam Idah started together in a Premier League match for only the second time as City took on West Ham United at the London Stadium. While Smith’s side were beaten 2-0 on the night, there were some signs of improvement as everyone associated with the club looked to put the dire defeats suffered over the festive period behind them.

Less than 72 hours later, Smith stuck with the same duo for the visit of Everton to Carrow Road and was rewarded, as Idah poked home his first top-flight goal in a 2-1 win.

And when Norwich backed the Everton triumph up by putting three goals past Watford in their next fixture, their fans had reason to believe that survival was achievable, as Smith looked to have found a system that operated effectively.

Yet, after Idah picked up a season-ending injury against Crystal Palace, rather than sticking with the same system by playing Sargent alongside Pukki in Idah’s absence, Smith reverted back to a single-striker set-up for the remainder of the campaign. City’s results then took a turn for the worse, and we all know how the season ended.

I should point out that I am not for one second suggesting that Carrow Road would still be hosting Premier League football right now had Smith persisted with the 4-4-2 formation that worked so well for that period. But there is no reason why Pukki and Sargent could not make for a potent strike pairing in the second tier, as their respective strengths complement each other’s nicely.

It goes without saying that the challenges City are facing each week in the Championship are quite different from those they faced last term, with most opposition teams satisfied to let them enjoy the lion’s share of possession. Therefore, if Smith is to try a two-up-top system again, it will need to be far more dynamic and fluid, meaning that a flat midfield four might not be the best option.

Instead, Smith could take inspiration from the 4-1-2-1-2 diamond shape seen at Norwich during Paul Lambert’s hugely successful three-year tenure.

Yes, the game might have moved on a bit since those days, but the midfield that helped City to promotion in 2011 – made up of tough tackling but equally technically-strong players like David Fox and Andrew Crofts – took some beating. Who knows how far Lambert could have taken the club had he not taken a then-downwards step to join Smith’s beloved Aston Villa ten years ago?

When I imagine how this set-up could look with Norwich’s current squad, I envisage Liam Gibbs and Marcelino Núñez playing similar roles to Fox and Crofts, with Max Aarons and the soon-to-be-fit-again Dimitris Giannoulis providing some width from full-back.

There could also be quite the battle between Aaron Ramsey and Todd Cantwell to play in the number 10 spot, as Wes Hoolahan did so brilliantly under so many managers.

Needless to say, Smith does not need to take inspiration from any predecessor of his, but if he likes the idea of playing with two strikers, this formation is definitely one that could suit this season’s squad. If serviced properly, Pukki and Sargent could flourish as a pair.

As has been said, some might deem it as strange to be suggesting a change in system when City are on such a good run. But I am ultimately not entirely convinced that the positive results will continue with some potentially crucial games just around the corner.

Interestingly, on the two occasions that Preston North End have been defeated in the Championship so far this term, their opponents have lined up with two strikers.

With a number of Canary fans feeling uninspired at present, rightly or wrongly, Saturday’s match could be a good opportunity to give two-up-top a try.