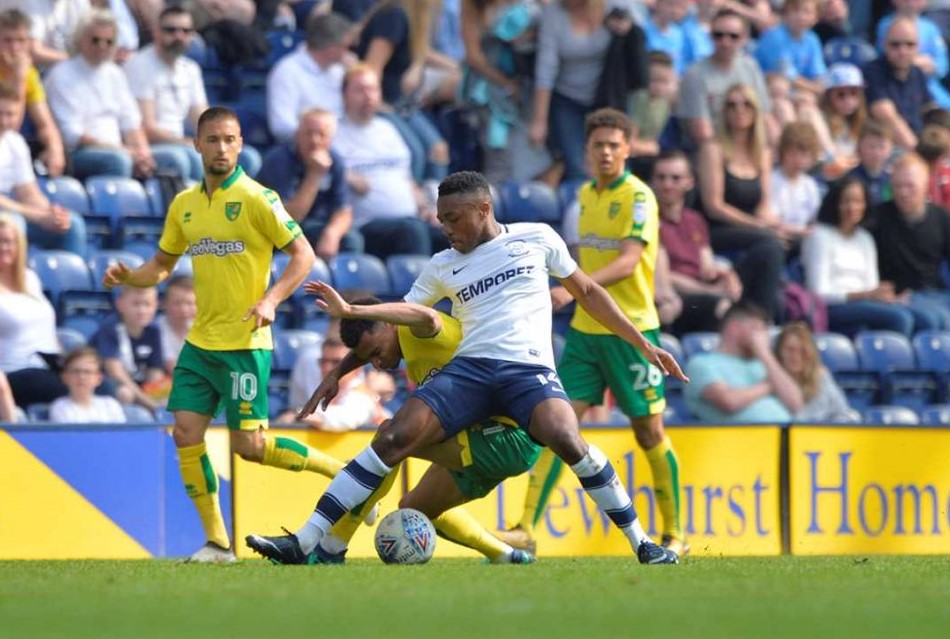 The first ever Norwich v Preston fixture took place on 11th November 1961, a routine 2-0 win for City. It was Preston’s first season since the retirement of footballing legend Sir Tom Finney.

It was a fixture that would become a regular feature in the Division Two calendar over the next decade. Incidentally, we have never met at any other level, including the top division.

During the Sixties, Preston got to another FA Cup Final – their last one to date – when they lost 3-2 to West Ham in 1964, which came just over a month after they had defeated Norwich 3-0 at Deepdale.

That run of City v PNE games was finally ended after Norwich’s promotion to the top flight in 1971-72.

It was a turning point in the fortunes of both clubs as Preston, similar to their Lancashire rivals Burnley, crashed down the leagues and by the mid-1980s faced financial ruin and suffered the indignity of having to apply for re-election to remain in the Football League. It was the final season of the old re-election process.

There was a gap of 28 years before City and PNE finally played another league game, and it was in the new millennium when play-off contenders North End doubled City 1-0 and 2-1.

But there is one NCFC v PNE that stands out in modern times and it came on 1st May 2004.

It was an emotionally charged Carrow Road that said goodbye to ‘one of their own’ – City striking legend, Iwan Roberts. With promotion and the title already in the bag, the day was all about honouring the Hall of Famer. Roberts who, despite his 94 Canary goals, would not be following the team into the Premier League the next season.

Preston were guests to the Roberts’ party and put up a good performance in the end, losing 3-2. The late winner came from a Darren Huckerby shot that was so close to being converted by Iwan in what would have been the perfect finale.

City’s recent record against Preston has actually been pretty good with just one defeat in the last eight meetings, which came at Deepdale in February 2019. It was to prove one of the most difficult games of the campaign for Daniel Farke’s Championship-winning team – losing 3-1 to a team managed by Alex Neil and with Declan Rudd in goal.

In the behind-closed-doors Championship winning season of 2020-21, both games were drawn, with Deepdale leg being a particularly tricky affair with Frankie McAvoy being in temporary charge following Alex Neil’s dismissal. It was also the full debut of Andrew Omobamidele.