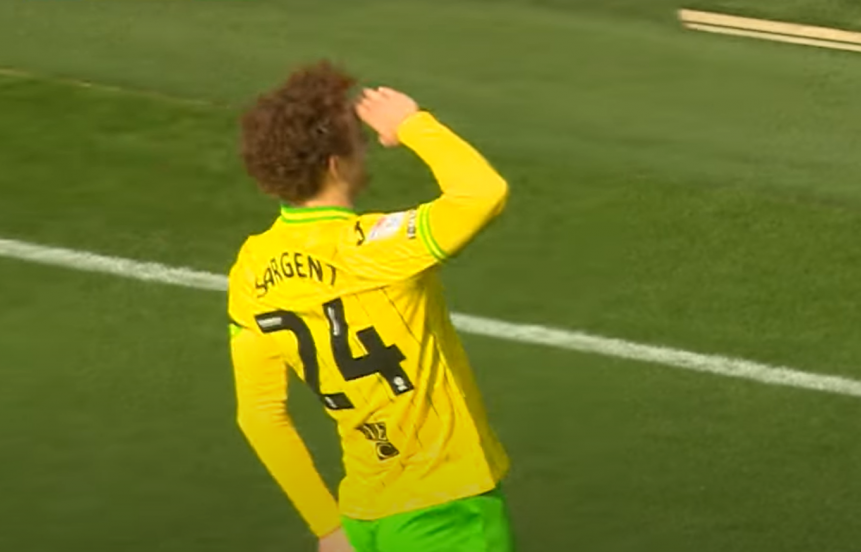 Gary’s comment yesterday about bloopers from the early eighties being collected and released as video nasties by the likes of the admirable Denis Norden struck a chord with many of us I suspect.

It put me in mind of that triumvirate of great early evening TV quiz shows –Blankety Blank, Bullseye and Catchphrase.

The Blarney stone charm of Terry Wogan, much beloved of the Misses Grint of Spooner Row, did little for me and I’m afraid that Jim Bowen never really convinced me that my successive driveways in Blofield and then Coltishall would be truly enhanced by my winning a speedboat.

Students loved the programme and delighted in borrowing ex-schoolteacher host Bowen’s catchphrases such as “you can’t beat a bit of Bully” at every given opportunity.

Another former teacher, Belfast comedian Roy Walker, was aided and abetted on Catchphrase by a strange little primitive graphic animation called Mr Chips. Both constantly encouraged contestants to “say what you see, say what you see“.

Okay Roy, I may be nearly 40 years too late but I sure as heck am going to say what I saw at Carrow Road on Saturday and not all of it will make for pleasant reading.

A lovely goal from Josh Sargent shortly after kick-off when he cut in from the left and beat Preston keeper Freddie Woodman at his near post demonstrating great confidence and not a little degree of skill. The salute was in creation the second the ball left his boot.

A nice 10-15 minutes followed when we could easily have scored again but didn’t.

Robbie Brady was given the freedom of Carrow Road to cross with his right [wrong] foot for PNE striker Emil Riis to rise unchallenged between the diminutive Liam Gibbs and Max Aarons to equalise.

This will sound controversial but if you look at the moment the ball crossed the line, Tim Krul seemed to put off Grant Hanley as the latter tried a goal-line clearance. Camera angles? Probably. And cue bunfight – the open game nobody expected was suddenly very much up and running.

One of the daftest errors I have seen from Krul. 2-1 Preston and another for Riis.

Gabriel Sara equalises to 2-2 with some fine twists and turns from Teemu Pukki providing the assist.

Sorry Tim, I make you guilty of error on Troy Parrot’s matchwinner as well. No keeper should be beaten at his near post from that angle.

Kenny McLean’s late “equaliser” being ruled out for argy-bargy by Hanley in the build-up.

Well, I’ve said what I saw, and it gives both sides of the supporting spectrum grist to their respective mills once more before our trip to Vicarage Road to face Watford next Saturday.

I have one personnel-related recommendation for Dean Smith if Ed Wootton agrees with me:

As many readers will know by now I haven’t been able to get to a match this season and I certainly won’t make it this calendar year so once more here is the MFW Man in the Stand, Don Harold:

“For 15 minutes we looked like Brazil – then just stopped. The rest of the game was pretty horrible.

“Preston went for the strange tactic of wasting time when they were 1-0 down and became expert at it after scoring. The crowd, including the few hundred who had made the trip from the North West, were quiet and the referee was what we have come to expect in the Championship.

“I predicted at halftime that we’d win 4-1. I didn’t predict that we’d play the worst half of football I have seen this season. The midfield were anonymous and Preston were able to break unhindered. Of course, we gave them the ball on regular occasions, as has become our signature, and there was a Krul mistake.

“We really need to learn to stop giving the ball away. We’re about to play much better teams than Preston, which may make the probability of us finishing in the top two remote”.

When the dust had settled I hunkered down to watch the second half of Spurs v Brighton.

I have been suffering from a few genuine mild hallucinations recently [medically induced, not recreationally unfortunately] and thought I was having another one in injury time of that game when I saw Olly Skipp lining up with Billy Gilmour before they both came on for the last couple of minutes.