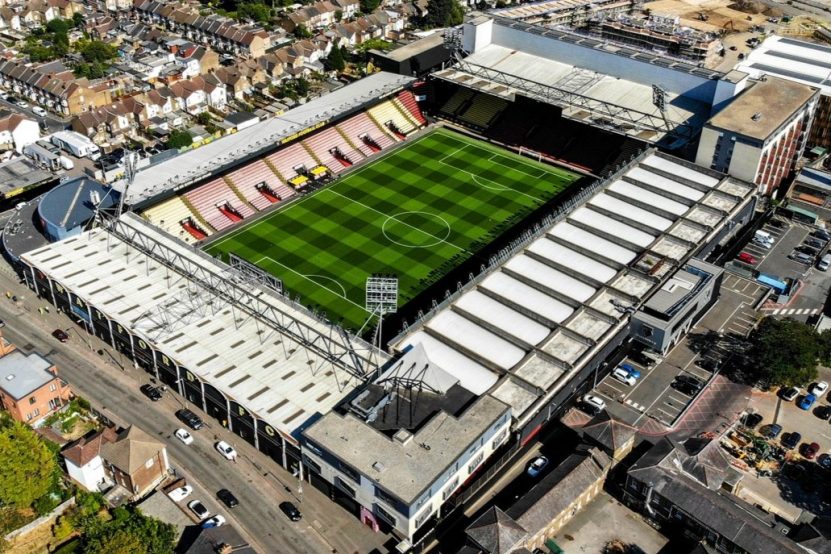 Watford’s the local team where I live and many friends support them. As foreign owners go, Watford’s are decent on community involvement and support. And, of course, the club has followed a parallel path to City’s in recent years.

We should feel some solidarity.

There are three reasons, of varying fairness, why I can’t.

First, they keep beating us. Our win at Vicarage Road in January was very much the exception to recent results – it broke a series of five successive defeats to Watford over the previous two years, straddling the Premier League and Championship.

It’s not just the defeats, but their manner. Watching one, my partner remarked, “it looks like men against boys”. And she was right; with the exception of the last meeting, Watford have physically bullied us for three seasons.

Further back, of course, our meetings have happier memories for City fans. Those of us around in 1984 won’t forget the 6-1 drubbing we dished out at Carrow Road, including four for John Deehan. (Happy to be corrected, but I believe that’s still our biggest win in the top division.)

Even harder to forget is one of the great City days: our 1-1 draw at Vicarage Road in April 1972, cementing the Division 2 title and our first-ever promotion to the top flight. We took The Rookery that day, in style.

But recent history has few such happy memories.

Second, of course, is the almost-comical turnover of Watford managers. When Rob Edwards was replaced last month after 11 games – the club having promised in the summer they’d stand by him “come hell or high water” – the press confirmed that:

“Permanent” has a rather different meaning in the context of Watford managers than in normal English.

Third, there’s a distasteful loophole that Watford have taken repeated advantage of.

The most recent instance was this summer when they sold key player Hassane Kamara for £17 million to Udinese. Well, they sold him, but they didn’t lose him. He was promptly loaned back, meaning Watford banked £17m – helping them strengthen their squad and avoid other departures – while keeping their key asset.

Such loans aren’t unknown, of course, but this one was out of the ordinary. We’re not talking about a young player who needs developing (Kamara is 28, with 235 games under his belt). We’re talking about a situation where the two clubs are owned by the same family, who shift assets around according to their view of each club’s priorities.

My late mum would call it jiggery-pokery – which, apart from sounding like a sex technique, describes the wheeze rather well. It‘s allowed but it shouldn’t be; it stinks.

So to Saturday. No surprise that Sky snapped up this one for prime coverage: it’s a clash between two teams who should be targeting no less than automatic promotion.

Yet neither set of fans is feeling content, let alone bullish. And no wonder, on form. For City, the last two games have been a draw and a loss; for Watford, two losses.

Slaven Bilic must be a trifle worried, having lost as many games in his three-match tenure as Rob Edwards did in the eleven games before he was sacked.

At least Dean Smith is secure in his job (despite some muttering among unconvinced fans) but we’re all aware that City aren’t playing to their potential. We’ve a tendency to overlook the reasons we’re joint top of the league – but the kind of sloppiness that cost us against Preston can’t be overlooked.

Let’s hope it was a wake-up call.

While City’s recent encounters with Watford might give cause for concern, Deano might remind us it’s not down to him. Daniel Farke’s record for Norwich against Watford was Played 5, Lost 5. Smith’s is Played 1, Won 1. A small sample size, as we’d say in the polling business, but perhaps encouraging.

One might suspect that the strikers will be looking forward to Saturday’s game more than the defenders.

Josh Sargent won’t have many positive memories from a tough first season with the Canaries, but that January game will be an exception. His double represented his only league goals of the campaign (nice that the second goal gave him the chance to remember how he was supposed to celebrate).

He’s a very different proposition this season, of course. Watford’s defence, which their fans describe as “rubbish”, may not be relishing the prospect of facing Josh and Teemu.

For Watford, the exceptional Ismaila Sarr may be licking his lips. Many expected him to move to the Premier League in the summer; the Kamara money helped Watford keep him. He’s made a lot of proper left-backs look foolish, and won’t be nervous about playing against our makeshift one.

Sarr will be partnered with either the highly-rated Joao Pedro or Keinan Davis – a striker on loan from Villa and admired by his previous manager there, Dean Smith.

Where does that leave us for predicting Saturday’s game?

Given my forecasting record, this will almost certainly be wrong. But I’ve an inclination towards it producing the first draw between the sides since 2011. And possibly a repeat of that one: on a rainy April night at Vicarage Road, it finished 2-2.