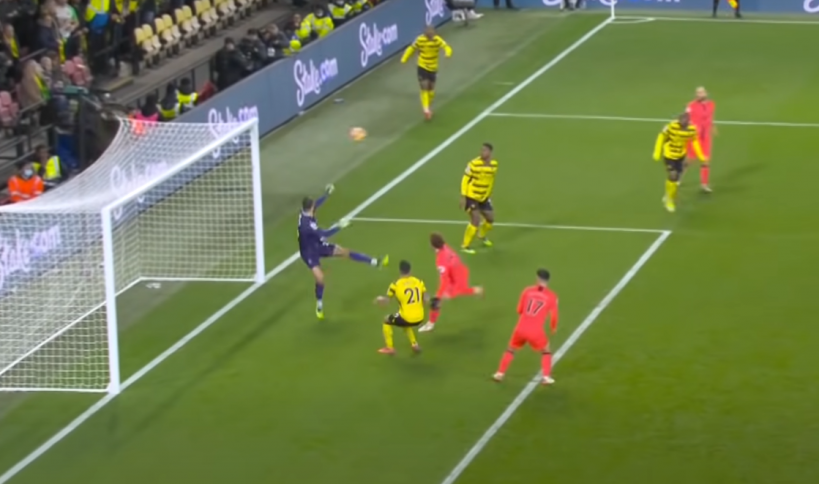 When City beat Watford 3-0 at Vicarage Road in late January of this year, Roy Hodgson was holding the yellow and black reins. When we played them earlier in that same season, Xisco Muñoz was in charge, and between those two games, Claudio Ranieri made a brief appearance in the Hornets’ dugout.

Since then, Rob Edwards was given a turn, albeit he was not to the Pozzos’ liking for very long, and so it’s the intimidating figure of Slaven Bilić who’ll be shaking Dean Smith’s hand as we engage again on Saturday evening.

Personally, Norwich City vs Watford holds special memories for me. March 13, 1982, was my first visit to Carrow Road. My first experience of live football, from which point I was hooked. It certainly helped that I witnessed a thrilling 4-2 Norwich win, including a goal from future Norwich manager, Martin O’Neill.

I’m not alone in having fond memories of this particular game.

Watford were flying high with a talented squad that included a young, future England star, John Barnes. Norwich were marooned in mid-table, but that win would transform our campaign.

Before Watford, our record that season was 11 wins in 28 League games. After Watford, it read 10 wins in 13 – a relentless run that propelled the Canaries to third place and the most unlikely of promotions.

Our paths first crossed as non-league teams. Watford were promoted to the Southern League in 1904-05 and Norwich elected the following season. They both competed in the Southern League over the next eleven seasons, with Norwich generally finishing above the Hornets.

The run continued with both sides joining Division Three South in 1920-21 and extended until 1933-34 when Norwich finally got promoted, by which point we had faced each for 25 consecutive seasons.

During the 1933-34 promotion season, City recorded two 3-1 wins over Watford, the last of which came during the run-in, leaving us on the verge of promotion and the title.

We met again upon the conclusion of the Second World War. That sparked an amazing run of nine home wins in ten and an even more impressive run of just one defeat in 12 trips to Vicarage Road.

Back then, losing to Watford was almost unknown.

The hard work had been done five days earlier, at Leyton Orient, where promotion had been sealed. Now for the icing on the cake – the Second Division Championship.

A green and yellow army estimated at 15,000+ descended on Hertfordshire hoping to witness history in the making. On this occasion, they were roaring on the boys in red, with Watford (a) a rare opportunity to dig out the away strip!.

Watford meanwhile dropped down to Division Three. We would not meet again until my Canary-watching debut season of 1981-82.

Our first meeting in the top tier came on 9 October 1982, a 2-2 draw at Vicarage Road. This was followed by four consecutive top-flight wins over Watford.

This was City’s biggest ever top-flight victory and was especially memorable for Canary number 9, John Deehan, who helped himself to four of the goals. Deehan was at it again five months later, when this time he only managed a hat-trick, in Norwich’s 3-2 success.

Deehan loved to poke the Hornets’ nest. He ended his stint at Norwich with 10 career goals versus Watford. Next on the list, with seven, was Norwich’s all-time record scorer, Johnny Gavin, who himself is three clear of Iwan Roberts (four). Both Gavin and Roberts also played for Watford

History nearly repeated itself on 24 April 2004.

Vicarage Road would again host a Norwich promotion party after it was confirmed by a WBA midweek defeat. It was 1972 all over although on this day, Norwich didn’t quite clinch the title – that would become mathematically secured a week later – but a 2-1 away win was still celebrated wildly by another large travelling contingent as they savoured a return to the Premier League.

Two parties and plenty of big wins, Norwich have generally enjoyed good times when Watford are in the opposite corner.

There were 3-0 wins when both clubs got promoted in 2014-15. Even during the disappointing 2015-16 season, City ended their relegation season on a small high, beating Watford 4-2 in the final game of the season at Carrow Road.

Alas, recent times have seen the Hornets dominate, and prior to our 3-0 win at Vicarage Road in January, the yellow and blacks had recorded five straight victories over the yellow and greens.

Overall, City’s head-to-head record against the Hornets is good, with 43 wins to Watford’s 32 and with 29 games drawn.